Explainer: Why Does Mamata Banerjee Want a Vidhan Parishad in Bengal?

While the TMC chief has stated openly her objective of offering roles to party leaders left out of the assembly, BJP feels she will use the legislative council to reward loyalists. Kolkata: Last week, the West Bengal assembly passed a resolution supporting an ad-hoc committee report that favoured the formation of a West Bengal legislative council or a Vidhan Parishad. The move was opposed by the Bharatiya Janata Party.

Earlier, while announcing the candidate list for the assembly, Bengal chief minister and Trinamool Congress chief Mamata Banerjee had spoken of the party’s compulsions for setting up the Vidhan Parishad.

“We couldn’t give tickets to a few of our important leaders, we will bring them back in the government by forming a Vidhan Parishad after coming back to power,” she had said.

Out of the 265 members present in the state assembly, 196 supported the resolution, while 69 members from BJP and the lone Indian Secular Front (ISF) legislator opposed it.

Aside from Banerjee’s stated purpose, what exactly will the Vidhan Parishad achieve?

What is a Vidhan Parishad?

Indian legislation follows a bicameral system at both the Centre and state level. In this set up, the state’s legislature can be divided into two wings – the legislative assembly and legislative council. The former is alternatively called the Vidhan Sabha and the latter, the Vidhan Parishad.

A bicameral legislature allows people from various spheres of life to contribute in policy making. However, the final say on policy making lies with the legislative assembly. The members of the legislative council are either nominated by the Governor of the state or are indirectly elected. The argument for having a second chamber hinges on it acting as a check on hasty legislation and its ability to bring diverse voices into legislatures.

What does the relevant constitutional provision say?

“Parliament may by law provide for the abolition of the Legislative Council of a State having such a Council or for the creation of such a Council in a State having no such Council, if the Legislative Assembly of the State passes a resolution to that effect by a majority of the total membership of the Assembly and by a majority of not less than two-thirds of the members of the Assembly present and voting.”

Also read: Bengal: In Ten Years of Mamata Rule, No Defector Has Been Disqualified

Why is the Bengal government pushing for a Vidhan Parishad?

Bengal had a Vidhan Parishad from 1952 to 1969. During the United Front government in the state, the council was dissolved.

Opposing the motion in the assembly, BJP said the formation of a legislative council would put a burden of Rs 600-800 crore on the government exchequer.

Countering BJP claims, industry and parliamentary affairs minister Partha Chatterjee told reporters, “We are following all rules laid down in the constitution. BJP-ruled states like Karnataka, Bihar and Uttar Pradesh have upper houses, I don’t see BJP opposing their existence and questioning the burden on the exchequer there.”

Another theory doing rounds is that of a constitutional crisis. Banerjee lost the election from Nandigram and needs to be an lawmaker within six months from her swearing-in ceremony on May 5. Two months have already passed and uncertainty still looms large over whether bypolls could be conducted due to the prevailing COVID-19 situation. 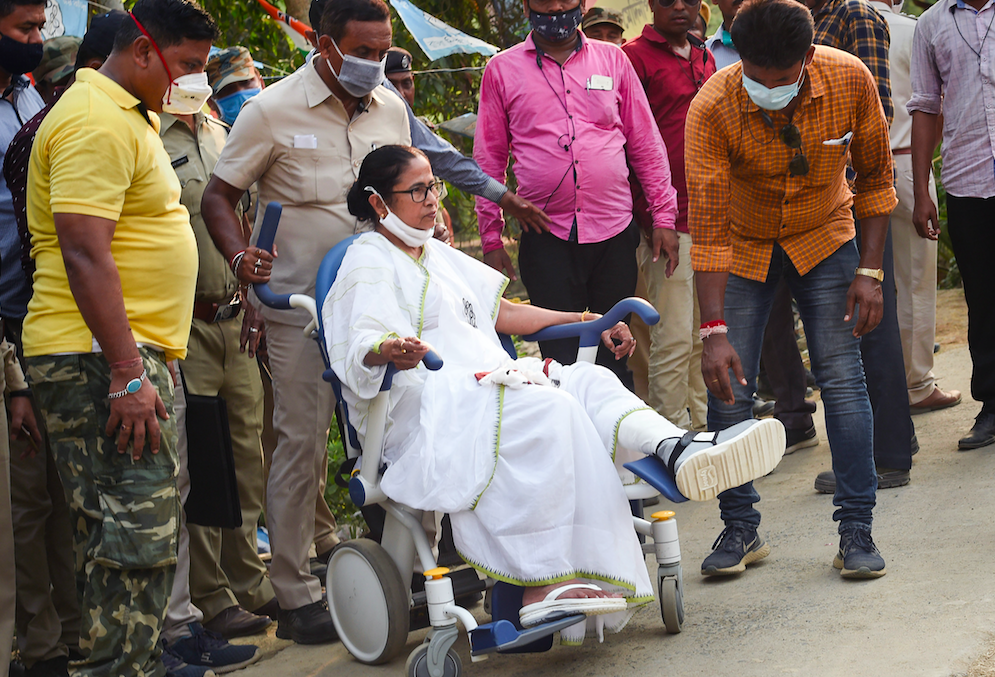 A week ago, Uttarakhand witnessed a similar crisis, which led to Tirath Singh Rawat stepping-down as the chief minister.

Speaking to The Wire, veteran TMC leader and MP Saugata Roy said, “The chief minister had promised to form the Vidhan Parishad before the election. She wants to bring in intellectuals with varied experience to offer better governance.”

So where is the politics here?

According to Biswanath Chakraborty, a professor of political science at Rabindra Bharati University in Kolkata, the decision is reflective of Mamata Banerjee’s canny politics.

“She had declared her intention of creating of a legislative council the day she announced the candidate list for the state assembly elections. This was because she nominate everyone as candidate. Now, in the current political scenario, she can use this to break BJP further by offering leaders membership in the legislative council,” the analyst said, adding however, that he saw little scope of the resolution materialising soon.

Since the BJP’s election drubbing in Bengal, the saffron party is yet to set its house in order. On June 11, BJP national vice-president Mukul Roy, once Mamata Banerjee’s right-hand-man, returned to the TMC fold after spending 44 months at BJP.

BJP workers have been revolting at the grassroots level across Bengal, amidst allegations of massive organisational breakdown. Scores of block-level and district-level BJP leaders and workers have reportedly been abandoning BJP and joining TMC. TMC has already “captured” two gram panchayats in BJP strongholds like Dinhata and Gazole.

Maidul Islam, a professor of political science at the Centre for Studies in Social Sciences in Kolkata, repeated the significance highlighted by Chakraborty in the timing of Banerjee’s announcement of a legislative council.

“By passing the resolution in the assembly, she stuck to her promise. However, it is unlikely to proceed further. For the formation of the legislative council, the resolution needs to be passed from both the houses of the parliament and subsequently, needs the President’s assent. I don’t see that happening. I believe this is a calculation she has made, also accounting for the various possibilities of the 2024 general election,” Islam added.

Is Bengal following a particular trend?

During the last assembly elections in Madhya Pradesh in 2018, the Congress promised in its manifesto to set up a legislative council in the state.

Right after the West Bengal assembly passed the resolution of creating the second chamber, the Congress-led Rajasthan government decided to form a legislative council. The state assembly had already passed a resolution in 2012.

Commenting on the constitution of the council, state Congress president Govind Singh Dotasara told the media, “The proposal for constituting a legislative council has been passed by the cabinet unanimously as the Narendra Modi government was continuously delaying it, and a letter was sent again asking whether you want it or not. A unanimous decision has been taken by the cabinet and we want that people and workers should get an opportunity, as this decision was taken unanimously by the previous Gehlot government but the BJP government was delaying it.”

In 2020, the Andhra Pradesh government decided to scrap the state legislative council. The Telugu Desam Party (TDP), which has the majority in the council, has blocked crucial Bills from passing. So, the YSRCP government passed a resolution in the state assembly to abolish the council.

So what happens next?

As Maidul Islam highlighted, the resolution passed by the West Bengal assembly is a necessary but not sufficient condition for the creation of the Vidhan Parishad for the state. States can demand and, at best, pass a resolution on the formation of legislative councils. However, this is not enough.

The parliament must now pass an appropriate law, which it will not unless the BJP decides that it wants to.