Explained: What Is at Stake in the Upcoming Rajya Sabha Elections, Assembly By-Polls?

While the BJP's tally is set to rise in the Rajya Sabha, the party's governments in Madhya Pradesh, Gujarat, Karnataka and Manipur will face a crucial test.

Flags of the Congress and BJP. Photo: PTI

New Delhi: The upcoming elections to 11 Rajya Sabha seats and by-polls to 56 assembly seats in 11 states in November will determine how strong the ruling-BJP government in the Centre will emerge in the Upper House, where key Bills have faced tremendous opposition in the recent past, and also provide answers on the stability of the party governments in states like Madhya Pradesh, Gujarat, Karnataka and Manipur.

These elections are also being watched with interest as along with Bihar assembly polls, they are the first to be held after the COVID-19 pandemic and the passage of the farm Bills, that have seen a wave of protests across the country.

BJP may gain, but will remain short of half-way mark in RS

Of the 11 Rajya Sabha seats to which polls will be held, three were earlier held by the BJP, four by the Samajwadi Party and two each by the Congress and Bahujan Samaj Party. Among the promiment members who are retiring are Union minister Hardeep Puri and Congress leader Raj Babbar.

Since 10 of these seats are from Uttar Pradesh and one from Uttarakhand – both states in which the BJP is in power – the party stands to gain from the polls.

As of now, the strength of the BJP in the Rajya Sabha, which has a total of 245 members (with three vacancies), is 86. It is expected to win at least eight seats in UP and one in Uttarakhand. However, that would still leave it short of the half-way mark on its own.

The party, however, enjoys the support of other NDA constituents – Janata Dal (United) (five members), Lok Janshakti Party (1) and the Republican Party of India (1), besides other smaller parties like National People’s Party, Asom Gana Parishad, and the Naga People’s Front that have one member each in the House. 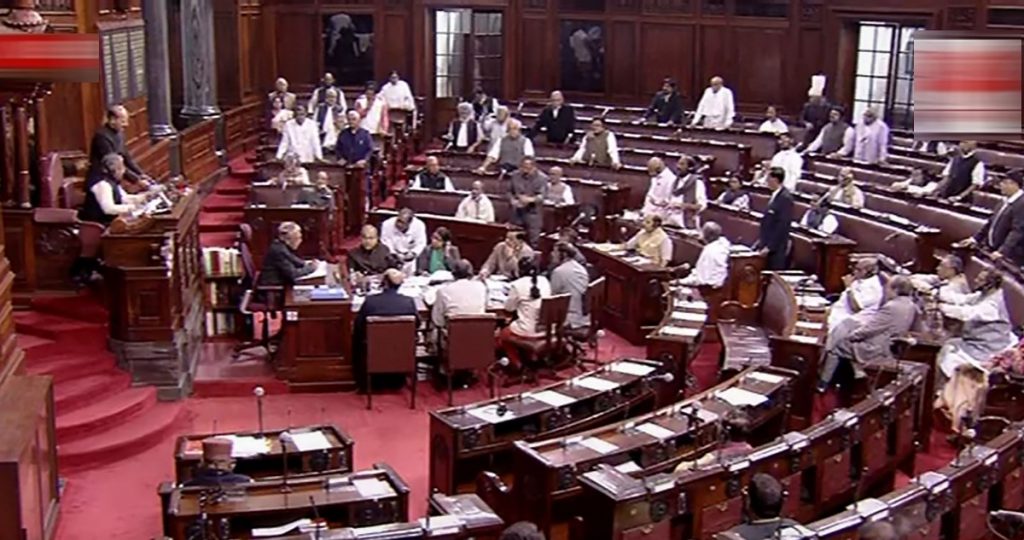 With SAD out of NDA, more trouble ahead for BJP

But, with the oldest NDA partner Shiromani Akali Dal (Badal) having parted ways over differences on the contentious farm laws, the party would still have a fight on its hand each time it tries to muscle a legislation through the Upper House.

In the recently-concluded monsoon session, the BJP had faced stiff resistance from the opposition over the passage of several Bills – in particular the Farmers’ Produce Trade and Commerce (Promotion and Facilitation) Bill, 2020 and the Farmers (Empowerment and Protection) Agreement of Price Assurance and Farm Services Bill, 2020 – in Rajya Sabha.

Also, the BJP pushed through the controversial labour law reforms when the opposition walked out in protest. It is hoping that its increased strength in the House following the November elections would change the situation in its favour from the neck-and-neck position in which the ruling alliance and the opposition find themselves at present.

Much at stake in Madhya Pradesh polls

The by-elections to the 56 assembly seats in early November will also test the stability of several state governments and provide answers to whether they would continue in power or not.

In this respect, the most keenly watched election is going to be that of Madhya Pradesh, where polls would be held for 28 seats. Here, the BJP came to power with the help of the breakaway faction of the Congress, led by its former Union minister Jyotiraditya Scindia. This move dislodged the 15-month-old government led by Kamal Nath and re-installed Shivraj Singh Chouhan as chief minister in March this year.

The by-polls were necessitated as 22 Congress MLAs had walked away with Scindia, resigning their membership of the assembly, and joined the BJP. The BJP has 107 members in the 230-member Assembly and needs nine more to have a full majority of its own. At the moment, it has the backing of two BSP, one SP and one independent MLA.

The Congress is now left with 88 MLAs and it would need to win all the 28 seats to reach the magic figure of 116 once again. However, that looks unlikely as it is facing various issues within the party. It is therefore accusing Scindia and his supporters of ‘betrayal’. It is also seeking a vote on how its government had waived farm loans during its short tenure and how the new farm laws will harm the interests of small farmers.

Of the seats going to polls, 16 are in the Gwalior-Chambal region where Scindia wields considerable influence. Here the votes from the Scheduled Caste communities play a significant role in determining the outcome of the elections.

Many BJP tickets for Congress turncoats in Gujarat too

In Gujarat, where by-elections are being held to eight seats, the BJP has already announced tickets to five former Congress legislators who quit as MLAs and defected. It has renominated them from the same seats they relinquished and has fielded its own former candidates from the remaining three.

The Congress had, in the 2017 assembly polls, won all these eight seats to which elections are now being held. The BJP won a simple majority with 99 seats in the 182-member house and the Congress 77. This year, eight of its MLAs resigned, bringing its total tally to 69.

In Karnataka, where the BJP now enjoys a clear majority in the 224-member House with 117 seats of its own and the support of three Independents, by-elections are being held in two of the four vacant constituencies – Sira (Tumkur) and Rajarajeshwari Nagar (Bengaluru).

The elections assume significance because of the way in which the Congress, which now has 67 seats, and its former coalition partner, Janata Dal (Secular), which has 33 seats, had managed to stitch up a majority soon after the assembly polls in 2018. Though the BJP emerged the single largest party with 104 seats, the Congress with 80 seats had joined hands with the JD(S) that had 37 and formed the government with H.D. Kumaraswamy as the chief minister. Though the coalition broke down after several MLAs defected to pave the way for the installation of a BJP government under B.S. Yediyurappa in July 2019, the past has shown that every seat still counts in the state.

While the Sira seat fell vacant following the death of JD(S) legislator B. Sathyanarayana, the R.R. Nagar seat fell vacant in July 2019 after its representative and Congress MLA N. Munirathna defected to the BJP. Though the BJP had promised Munirathna that it would field him as its candidate, it is facing problems in deciding the candidature as Tulasi Muniraju Gowda, its candidate in 2018, is again seeking a ticket. 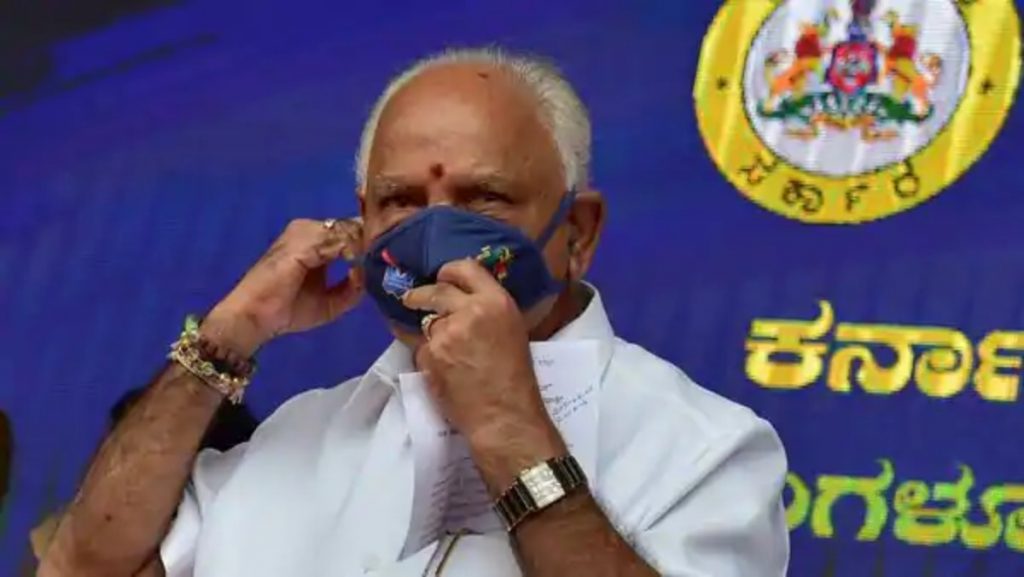 Five seats up for grabs in Manipur

Of the 13 assembly constituencies that are lying vacant in the 60-member Manipur legislative assembly following the disqualification and resignation of MLAs, the Election Commission will hold polls to two of them on November 7. These constituencies are Lilong and Wangjing Tentha in Thoubal district.

The state elected its first BJP government in 2017, when N. Biren Singh was sworn in as the chief minister. While the BJP won 21 seats, it also received the support of the National People’s Party, Naga People’s Front and the Lok Janshakti Party.

Though the Congress emerged as the single largest party with 28 seats, it was unable to form the government. Subsequently, seven Congress MLAs – who helped the BJP in forming its government – had also joined the saffron party. They were later barred by the high court from entering the assembly.

Recently, Biren appealed that elections to all the 13 seats be conducted simultaneously. However, pending court cases have prevented the ECI from doing so.

Among the other states, by-elections would be held for one constituency in Chhattisgarh, one in Haryana, two each in Jharkhand, Nagaland and Odisha, one in Telangana and seven in UP.