Exit polls predict the BJP to win over 110 seats in Gujarat and 49 seats in Himachal Pradesh. 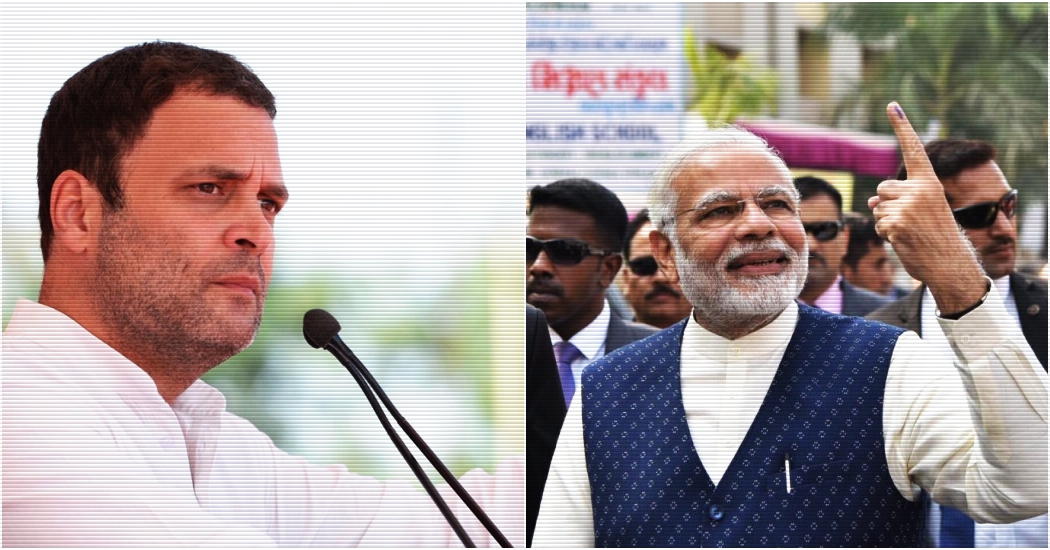 Successive opinion polls since August this year indicated a rise in the popularity of the Congress as against an almost commensurate decline in the BJP’s popularity in the state. Credit: Facebook

The last minute thrust of the BJP, which saw the party and Prime Minister Narendra Modi using every trick in the bag to regain the state, appears to have paid dividends. The last pre-voting opinion poll, conducted in November 30, had the BJP and Congress neck and neck with 43% of the vote share each. According to the exit polls, the saffron party appears to have upped its share by 3 to 4 percentage points since then – largely thanks to Modi’s campaigning – as is well on its way to securing its sixth consecutive government in the Gujarat.

The exit polls predict the BJP will win over 110 seats in the 182-member Gujarat assembly. The party had won 116 seats in the 2012 assembly elections while the Congress had bagged 60.

#GujaratElection2017 | Poll of exit polls says the BJP will win Gujarat with 112 of 182 seats; Congress to get 70#AssemblyElections2017#ExitPoll
*Health warning: exit polls often get it wrong pic.twitter.com/yAbQTFZT0w

Exit polls for Gujarat show an outcome almost in line with the opinion polls that came earlier this month. The opinion polls had indicated a sharp upswing in Congress’ fortunes witnessed in the state since August this year, which later got wrested as its campaign reached its final stages.

Successive opinion polls since August this year indicated a rise in the popularity of the Congress as against an almost commensurate decline in the BJP’s popularity in the state.

The first of the pre-poll surveys conducted in August by the New Delhi-based Centre for the Study of Developing Societies (CSDS) with ABP News had predicted that the the BJP would win a 59% vote share and the Congress 29%. Within the next three months, while the BJP’s popularity had dropped by 12 percentage points to 47%, the popularity of the Congress was shown to have risen by 12 percentage points to 41%.

The second round of the opinion poll conducted by the group in October had predicted a comfortable victory for the BJP despite a decline in support. The group had then said that the party would still win 113 to 121 seats and that the Congress would only manage to secure 58-64 seats. It predicted between one to seven seats for other parties.

Thereafter, a poll of opinion polls – which provided the average of the polls conducted by India TV, ABP-CSDS and Times Now – predicted 105-106 seats for the BJP and 73-74 seats for the Congress.

Psephologist-politician Yogendra Yadav, on the other hand, had predicted that the Congress was headed to win the Gujarat elections bagging a clear majority with 92 seats at the least.

My projections for Gujarat

Scenario 3: Can’t be ruled out
Even bigger defeat for the BJP pic.twitter.com/5VIvk8EiyV

A poll of exits polls has predicted that the Congress will win 18 seats in the 68-member assembly with the BJP bagging 49 seats.