Interview | 'Appropriate to Have Congress Chief from Hindi-Knowing States': Chidambaram

The Congress veteran's comments, made in an exclusive interview to The Wire, gain significance amidst reports that Karnataka leader Mallikarjun Kharge has emerged a frontrunner for the Congress president's post. 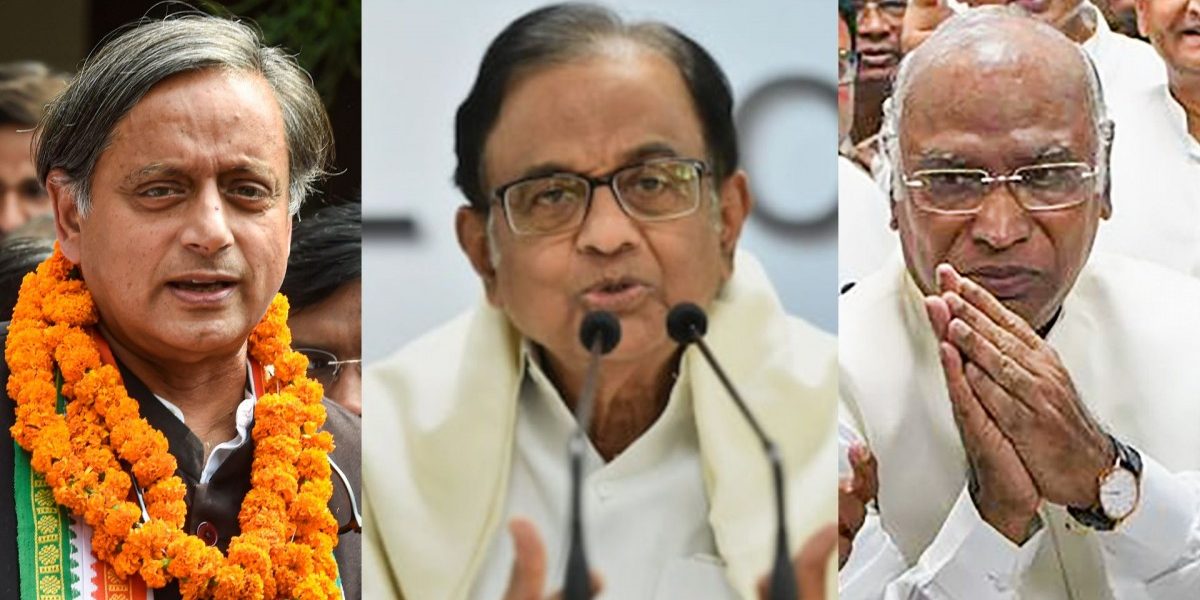 New Delhi: As reports emerged that Mallikarjun Kharge is the chosen one to contest for the post of Congress president and that Digvijaya Singh has opted out, senior Congress leader P. Chidambaram said in an exclusive interview to The Wire, that it is “appropriate” to have a Congress president from Hindi-speaking and Hindi-knowing states because that is where the “battle will be fought.”

His views gain significance in the light of Mallikarjun Kharge now joining the race. The 80-year-old Karnataka veteran is Leader of Opposition in the Rajya Sabha.

MP Shashi Tharoor, from Kerala, is also in the run. To The Wire’s question on where this leaves Tharoor, Chidambaram said candidly, “He may win or he may lose. It depends on the members of the electoral college.”

As the 3 pm deadline for nominations nears, developments have come thick and fast with Kharge emerging as the choice of 10 Janpath. Even the likes of former Haryana chief minister Bhupinder Singh Hooda – a G-23 dissident – have thrown their weight behind Kharge.

While Chidambaram said Congress president Sonia Gandhi does not have a preferred candidate, facts fly in the face of Digvijaya Singh bowing out in favour of Kharge.

It is clear that the surprise candidature of Kharge caught Chidambaram unawares.

To a question on Digvijaya Singh having opted out and the names of Kharge and Mukul Wasnik now doing the rounds, Chidambaram said, “This is your speculation. Two people whom I spoke to (Singh and Tharoor) expressed their desire to file their nomination with the caveat that that will be [made] known on the last day by 3 pm.”

On tasks awaiting the new president, Chidambaram said getting rid of “dead wood” , bringing in younger people, making the AICC headquarters a more vibrant place where office bearers are present on a daily basis, and re-energising the state units are important tasks.

Reacting to the specific question on whether the Congress Working Committee is full of people who are unable to win elections, Chidambaram said, “Which is why I say, we need younger people to be inducted in key organisations, make them accountable and fix responsibility.”

On questions on the Rajasthan revolt and whether Sachin Pilot has the numbers on his side to become chief minister, Chidambaram said, “The Congress president has the numbers on her side. Therefore it is her decision that matters unlike the invisible, two-member party high command of the BJP who decided Vijay Rupani’s successor. Why apply different standards?”

He said that neither has the Rajasthan crisis undermined the authority of the Congress president and nor will Sonia Gandhi lose primacy when the new president is elected.

He insisted that she does not have a preferred candidate. To a question on whether the elections are rigged in favour of a Gandhi family candidate, he said, “Did you put this question to J.P. Nadda when he was elected? Were there electoral rolls, a returning officer or even an election? Akhilesh Yadav was elected president of the Samajwadi Party. Did you ask him about his election? You are asking us because you think we can be walked over and intimidated. We refuse to be walked over.”

On why he was not contesting, he said, “I prefer to be a party worker and will undertake whatever task the party gives me. Besides I couldn’t find 10 proposers!”