Tarkishore Prasad and Renu Devi, who are strongly associated with the RSS, have been appointed as deputy chief ministers of the newly formed Bihar government. 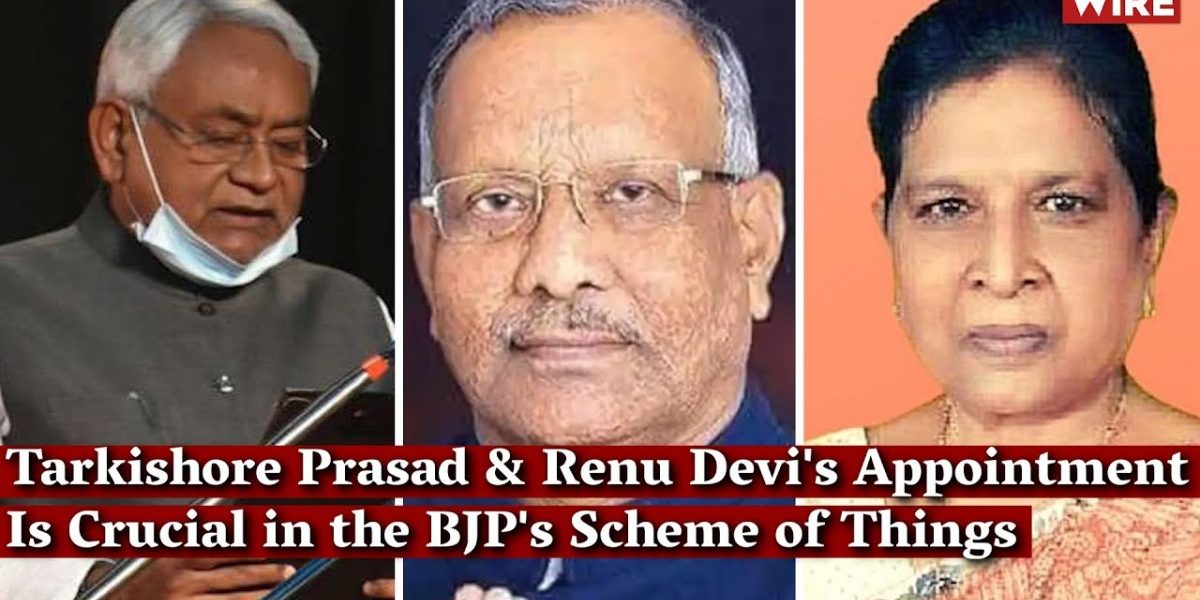 Tarkishore Prasad has been a BJP MLA from Katihar assembly segment since 2005. He has been winning the seat, which has a significant Muslim population, due to a sharp religious polarisation witnessed each time in the run-up to the elections.

Even in 2015, when JD(U), RJD, and Congress fought the assembly elections together, he retained the seat.

Prasad, a Vaishya community leader, comes from the RSS background and has held several posts in the Sangh before joining the BJP. He was also a member of the Akhil Bharatiya Vidyarthi Sangh (ABVP).

Her appointment is largely seen as an attempt by the BJP to make inroads into the most backward caste groups, a majority of whom have been supporting Nitish Kumar over the last 15 years.

In Bettiah assembly constituency, she trounced Congress’ Madan Mohan Tiwari by a margin of 18,000 votes this time.

Since 2000, Devi has lost Bettiah assembly segment only once in 2015. In Nitish Kumar’s second-term Renu Devi had been a minister in his cabinet.

The appointment of both Prasad and Devi is crucial in the BJP’s scheme of things. By replacing the moderate Sushil Kumar Modi with two relatively minor, but staunch RSS-backed leaders, BJP has asserted its weight in the new government led by a much-weakened Nitish Kumar.