The state's results have shown that ‘Modi wave’, ‘nationalism’ and other factors that are believed to have played out in favour of the BJP elsewhere were not issues here at all. 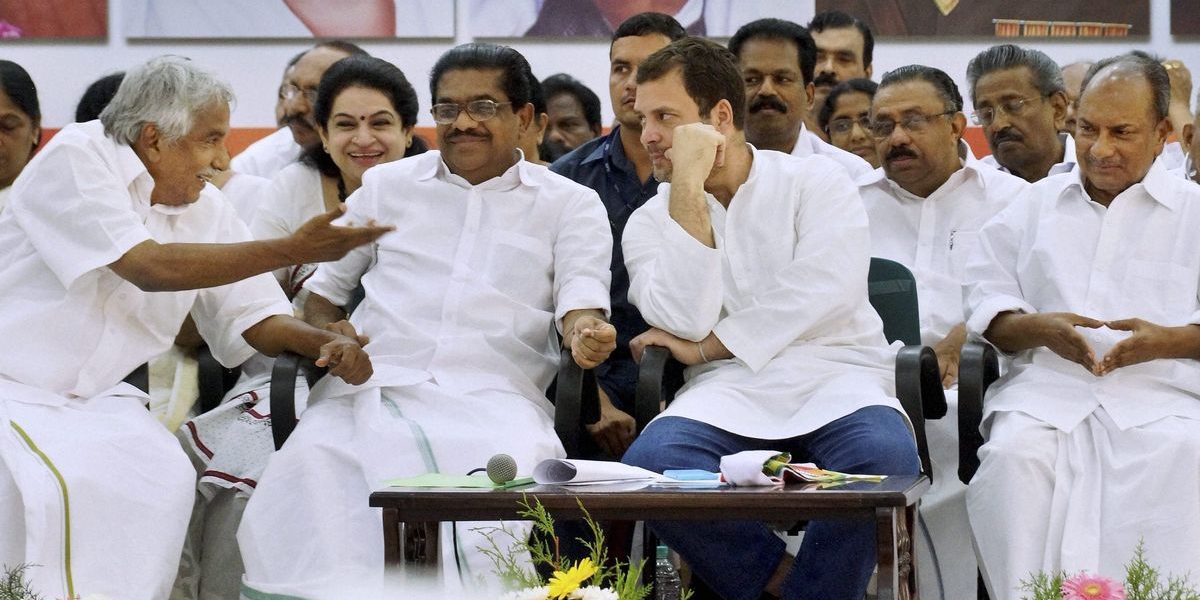 Kerala’s result suggests that the people in the state had priorities and concerns clearly different from their counterparts in most other Indian states. Credit: PTI

Kerala has strongly voted in favour of the Congress and its allies, even as most of the country rallied behind Narendra Modi and the Bharatiya Janata Party (BJP). BJP, on the other hand, has to satisfy itself with a second position – at Thiruvananthapuram seat – even when the party is emerging powerful enough to form a government of its own in New Delhi.

In the state’s 20 constituencies, the Congress-led United Democratic Front (UDF) candidates are leading in 19 seats. One is Wayanad, where the party’s national president Rahul Gandhi has already scored 6,68,856 votes – with a lead of more than four lakh votes over his opponent from the CPI(M).

Results from Kerala are likely to shock many at the national level. But the state had its own priorities and concerns, which are, as the results show, completely different from those of the people in other states.

One key factor, as Kodiyeri Balakrishnan, the head of the CPI(M) in the state admitted today, has been the sentiments against Modi and his divisive governance and policies, which are highly unpopular in the state. The question before the majority of the Keralites was: Who is better equipped to fight Modi? And out of the two alternatives they had, they have chosen the Congress-led UDF over the CPI(M)-led Left Democratic Front (LDF).

According to Kodiyeri Balakrishnan, his party and the LDF could convince the people of Kerala the need to end the Modi rule, but could not garner the result. “But the result of this campaign turned out to be beneficial for the UDF. Many who wanted Modi to be out of power voted for the Congress,” he wrote in a Facebook post this afternoon.

This is true for the minority voters in the state, where the Christians and Muslims constitute nearly half of the population. Balakrishnan admitted this too. “UDF could significantly influence the minority votes,” he said. He added that the present setback for the Left in the state is “temporary” and his party will make a “powerful comeback”.

On the other hand, the Congress leadership in the state is in a celebration mood, even though their party faced a severe setback at the national level.

Mullappally Ramachandran, president of the Kerala Pradesh Congress Committee (KPCC), at a press conference in the afternoon, said the state leadership of the party is “extremely happy” for this “historic win”. He also added that the party leaders feel humble and bow their head in respect before the people of the state. “This is a victory of secular forces,” he added.

The election results, however, leave some tough questions for the Left – in the state and beyond. While the party may argue that the popular feeling that the Congress is a genuine alternative for the BJP at the Centre proved fatal for the Left Alliance, the party leadership may be forced to introspect on other issues – including the state government’s handling of the Sabarimala issue. However, the BJP’s weak performance suggests that the Shabarimala issue didn’t have a larger electoral impact. 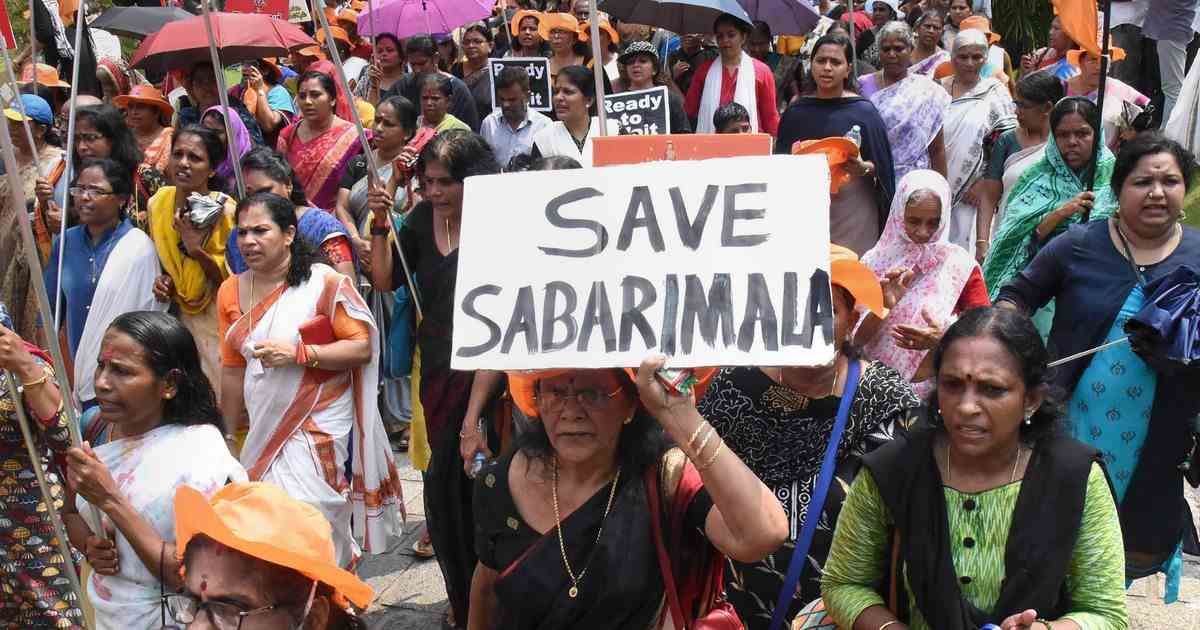 Besides Rahul Gandhi, several other UDF candidates, like P.K. Kunhalikutty of the Indian Union Muslim League (IUML), are also leading by a huge margin of votes.

In the state’s history, the lead – of 1.94 lakhs votes – secured by E. Ahamed, former Union minister and leader of IUML, in Malappuram in 2014 was the largest lead in the Lok Sabha elections. This record is set to be broken if Rahul Gandhi and Kunhalikutty maintain their leads in Wayanad and Malappuram seats.

The fight in the state is, as usual, between the UDF and the LDF, with the BJP once again failing to make a significant improvement. The saffron party is not in the picture except in Thiruvananthapuram, where Shashi Tharoor of the Congress is leading over BJP’s Kummanam Rajasekharan, also the former governor of Mizoram, with a margin of 86,035 votes.

Thushar Vellappally, the Kerala state convener of the NDA and the alliance’s Wayanad candidate, could only secure 77,808 votes by the time of filing.

Union minister Alphons Kannanthanam, with 1,37,749 votes, is trailing behind both the UDF and LDF candidates in Ernakulam, where the Congress candidate Hibi Eden is leading by 1,69,153 votes.

The results suggest that the CPI(M), which currently governs the state, is losing its strongholds – from Kasargode in the north to Attingal in the south.

The party-led LDF is set to lose all the eight constituencies that it won in 2014, whereas it is posing a tough competition to win Alappuzha seat, currently held by the UDF.

The seats that the CPI(M) is likely to concede to the UDF include Kasargode and Palakkad, where the party remained unchallenged since 1989 and 1996, respectively.

The CPI(M) also continued to hold the Attingal and Alathur seats since 2009, following the delimitation of parliamentary seats that formed these constituencies in 2008.

Kerala’s result suggests that the people in the state had priorities and concerns clearly different from their counterparts in most other Indian states.

‘Modi wave’, ‘nationalism’ or other factors that are believed to have played in favour of the BJP, were not issues here at all. Even Sabarimala, a major issue that the BJP hoped would help the party in the state, was not helpful. Its prominent face during the protest, K. Surendran, is likely to finish third in the Pathanamthitta constituency, where the temple is located.

Kerala’s mandate in favour of the Congress party was predicted in advance, whereas some surveys suggested a possible victory of the BJP in at least one seat.

The BJP, however, has never won a Lok Sabha seat in the state and is set to finish third in most of the constituencies this time too, behind the UDF and LDF candidates.

Congress’s predicted victory across the state is owed to several factors, including anti-incumbency against both the Central and the state governments.

According to a major Opinion Poll in the state, five major issues that mattered for the Kerala voters were ‘price rise’, ‘fuel price rise’, ‘unemployment’, ‘corruption’ and ‘women safety’.

While ‘Kerala floods’, ‘farmer crisis’ and ‘growing intolerance in the society’ also topped the list of influential issues, the violent controversy over the Sabarimala temple, the survey suggested, didn’t influence voting preferences the way the BJP desired. This prediction is turning out to be true.

Another prediction also proved correct – the consolidation of minority votes in favour of the Congress party and its allies. In minority strongholds in northern and central Kerala, Congress and its allies are not only winning, but winning with considerable and record leads, causing an additional blow to the Left Front.