Congress is Putting up a Strong Fight in Rajasthan, But BJP is Likely to Pull Ahead

While the saffron party may not do as well as it did in 2014, Modi continues to attract voters. 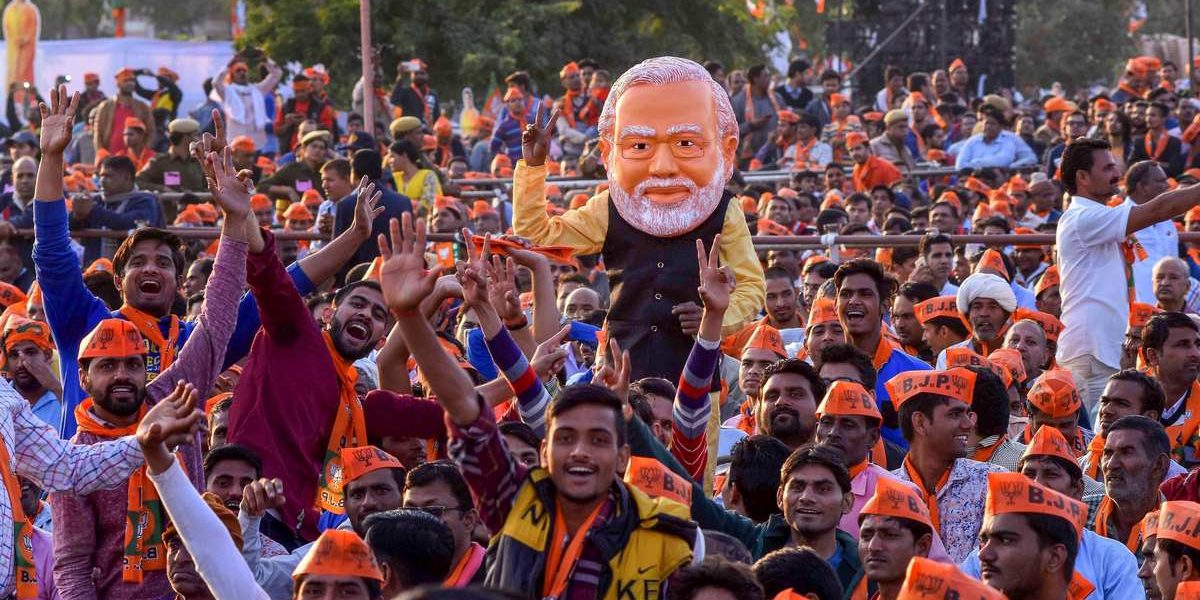 “Modi and his government have not met the targets, expectations and hopes and have not done what was needed to fulfil his acche din promise.” Credit: PTI

Last general election, the Bharatiya Janata Party (BJP), riding the Modi wave, won all 25 seats in Rajasthan. The 2018 assembly elections, however, altered their fortunes with the party dwindling down to 73 seats (from 165) and Congress forming the government in the state with 100 seats (an increase of 79). This was in line with the trend of state governments changing every five years in Rajasthan.

Another political trend in the state is that the party which typically wins assembly elections also maintains its lead in the subsequent Lok Sabha election. However, this time around, this doesn’t appear to be the case.

Does that mean the BJP will repeat its 2014 performance? While it is likely that the party will lose seats, the loss – though substantial – is not likely to be overwhelming.

In several places, farmers appear displeased with the Congress for not fulfilling its promises on loan waiver. The party had promised to waive loans within ten days of coming to power. While some efforts were made in that direction, not many benefitted, making them critical of the state government.

Further, a number of respondents across the state said that though they had voted for Congress in the 2018 assembly elections, they will choose BJP in the Lok Sabha polls.

While Gurjars in Dausa said they will do so in order to teach Congress a lesson – for it failed to make Sachin Pilot, a Gurjar, the chief minister despite assurance – Rajputs of Rajsamand said they were not angry with the BJP but with Vasundhara Raje. With her gone, they have no other issues with Modi government at the Centre. 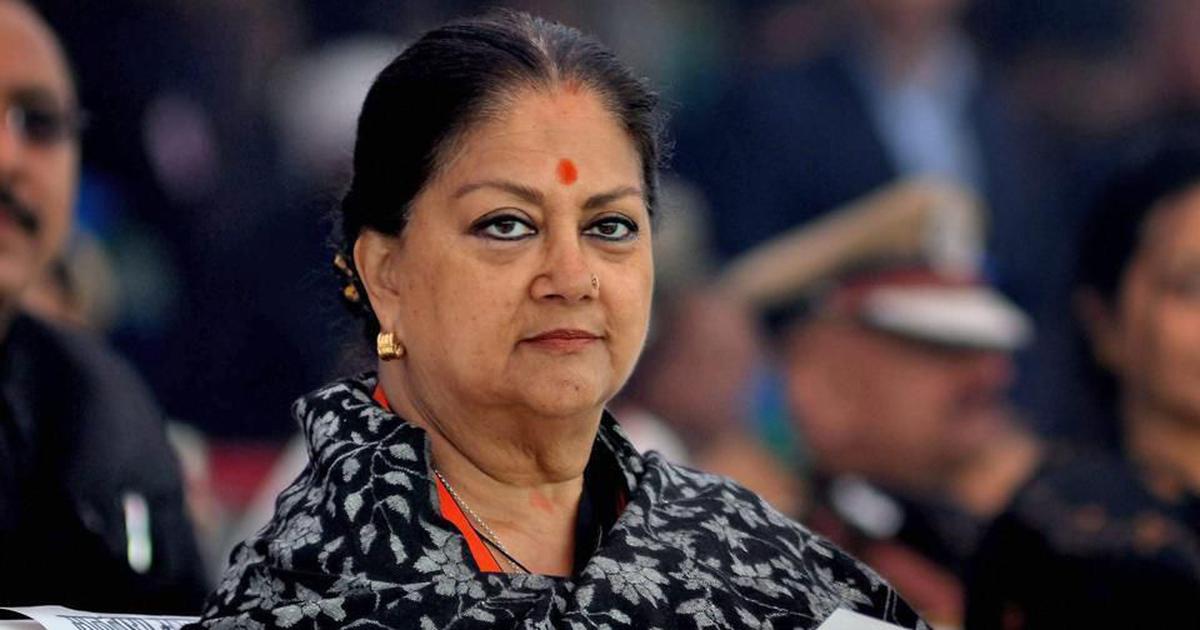 A significant section of the respondents echoed this response. However, they also acknowledged that factors like caste dynamics, choice of candidate and local issues are also influencing their decision.

Thus, while the 2014 Modi wave – which trumped all local factors, including caste considerations – may have long gone, the prime minister still has some traction left among the people, which is helping pull BJP’s cart.

In-fighting and the ticket issue

At present, both the BJP and Congress are trying hard to control heavy in-fighting at the state level and on individual seats. Sources within the BJP reveal, on the condition of anonymity, that anti-Raje leaders are alleging that the former chief minister is not putting enough efforts towards the party while her loyalists are angry that she is not being given adequate importance in the campaign.

At the state level, Congress seems in slightly better shape, as both chief minister Ashok Gehlot and deputy chief minister Sachin Pilot are leading a united campaign, but just like BJP, the party is suffering from in-fighting among local leaders on various seats.

For example, the Churu seat, where Congress has fielded ex-MP Rafiq Mandelia, local MLAs and the lone Congress minister from the region are reportedly working against the party candidate. BJP also suffers from this, as was evident on a number of seats.

On the Meena-dominated Dausa ST seat, the saffron party could not decide its nominee till just days ago due to heavy factionalism. While Rajya Sabha MP Kirodi Lal Meena was seeking a ticket from here for his wife Golma Devi, ex-MP OP Hudla was lobbying to get a BJP ticket for himself. Finally, the party fielded ex-MP Jaskaur Meena against Congress’s Savita Meena from here, angering both Kirodi Lal and Hudla supporters.

In a number of villages, Kirodi Lal supporters from the Meena community openly declared that they will vote for Congress as “Dr sahab has been cheated by the BJP.”

Also read: Factions in Rajasthan Congress Could Hamper Its Prospects in 2019 Polls

On the prestigious Nagaur seat, which is considered the power centre of Jat politics in Rajasthan, Congress has fielded ex-MP Jyoti Mirdha, the granddaughter of Jat stalwart Nathuram Mirdha. This is the lone seat where the BJP has not fielded its own candidate. Here the party is supporting Hanuman Beniwal, the assertive Jat leader of Rashtriya Loktantrik Party.

Beniwal’s party, which contested the 2018 elections alone, won three MLAs in the state. While Beniwal is reputed to be a radical Jat leader who is liked by the community’s youth, Mirdha’s liberal image is helping her get votes from other communities that are a bit skeptical of Beniwal’s ‘angry young Jat’ image.

Some respondents also said that BJP leaders are actually not helping Beniwal since they want him to lose in order to eradicate a long-term threat.

Whatever the case may be, the winner on this seat is likely to emerge as the leader of Jats in Rajasthan, which is why both Beniwal and Mirdha are leaving no stone unturned to register a win this time.

Jaipur-based political analyst Anil Sharma says that Congress hasn’t picked its candidates wisely, fielding five ex-MLAs who had lost their seats in recent assembly elections. This includes Rafiq Mandelia from Churu and Shravan Kumar from Jhunjhunu. Also, though Sikar’s Shravan Kumar is a highly influential MLA, the same cannot be said about the others.

Similarly, the party fielded Riju Jhunjhunwala, a Baniya from Ajmer who belongs to Bhilwara, when a local Brahmin candidate could have been more influential against BJP’s Jat candidate Bhagirath Chaudhry.

It was Raghu Sharma, a Brahmin ex-MLA from Kekri assembly seat of Ajmer, who had won this seat for Congress in the 2018 by-election. However, now that he is a minister in the state cabinet, it is being alleged that he is unwilling to risk his cabinet portfolio for a mere MP seat.

In Jaipur urban, which is considered a Brahmin seat, Congress again fielded a Baniya candidate Jyoti Khandelwal against BJP’s sitting MP Bohra who comes from the Brahmin community. It is highly unlikely that Jhunjhunwala and Khandelwal will make a significant dent into the Baniya voters who are traditionally BJP supporters.

In Jodhpur, BJP has fielded sitting MP Gajendra Singh Shekhawat who won the last election by a margin of around four lakh votes. Congress, on its part, has given a ticket to Vaibhav Gehlot, son of chief minister Ashok Gehlot.

Ashok Gehlot is himself an MLA from Sardarpura assembly seat of Jodhpur. The competition is extremely close as the Congress won six out of eight assembly seats that fall in Jodhpur parliamentary constituency. 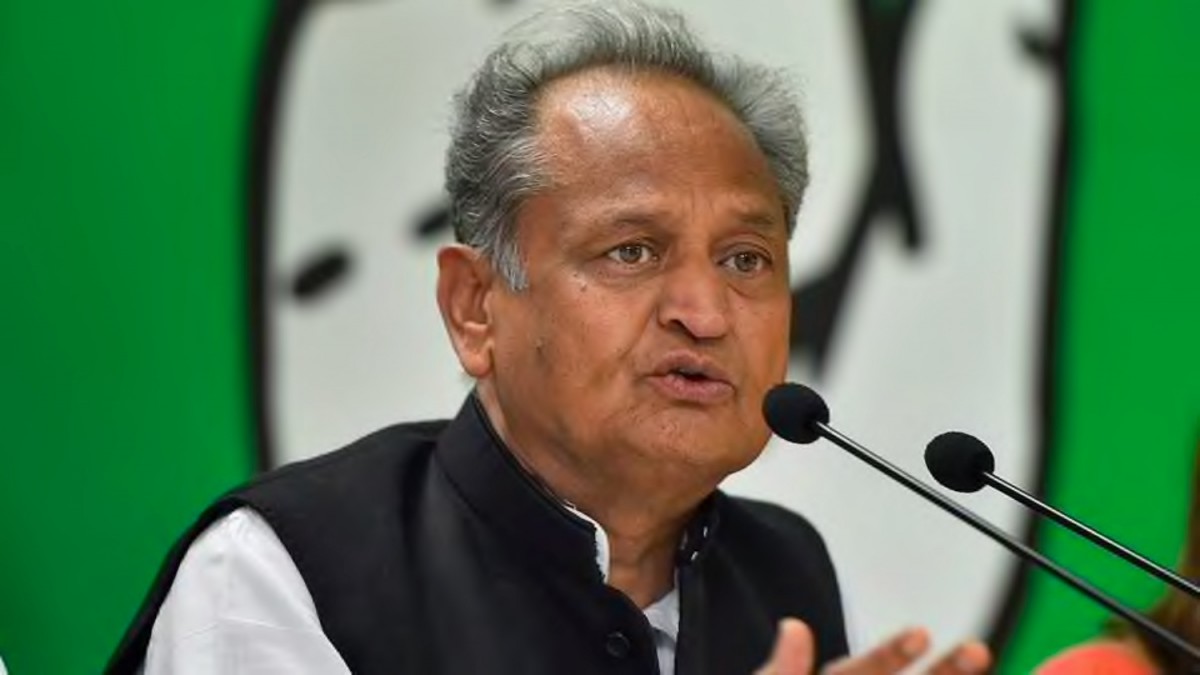 In Barmer, Manvendra Singh, the former BJP MP and son of estranged senior BJP leader Jaswant Singh, is in a neck-and-neck race against sitting MP Kailash Chaudhary, who is running as a Congress candidate.

In Jaipur rural, Union minister and sitting MP Rajyavardhan Singh Rathore of BJP – an Olympic medalist – is fighting against Commonwealth Games gold medalist and Congress MLA Krishna Poonia. While the caste equations favour Poonia – a Jat – over Rathore, who is a Rajput, the fact that she is an outsider (her own seat Sadulpur falls in the Churu Lok Sabha constituency) and the personal appeal of a Rathore across caste lines is making it a close contest.

In Alwar, ex-MoS Bhanwar Jitendra is fighting a close battle against BJP’s Baba Balak Nath, a sanyasi who is a disciple of ex-MP Chand Nath, and comes from the Yadav community – which calls the shots here. However, Jitendra’s appeal among the Rajput, Dalit and Meo voters, who are the worst victims of cow lynching episodes, is making the contest tough for the BJP.

On the Tonk-Sawai Madhopur seat, Congress’s Namo Narain Meena, the ex-DGP is contesting against BJP’s Sukhbir Singh Jaunapuria. This seat has become significant because deputy chief minister Pilot’s own assembly seat also comes under this Lok Sabha constituency, and it is a question of prestige for him to make sure that Congress wins from here.

Ram Navami as an opportunity

BJP has also used Ram Navami – which fell during campaigning – as an opportunity to polarise voters. In nearly all the Lok Sabha seats of Rajasthan, BJP and Sangh-linked groups were asked to organise functions and take out processions on the festival, most of which included raising Hindutva campaign slogans, an open display of weapons as well as controversial tableaux.

In Jodhpur, the procession included numerous jhankis with portraits of a VHP leader who recently died due to natural reasons. One of the tableaux had his portrait placed in front of a replica of “Amar Jawan Jyoti”.

When Congress candidate Vaibhav Gehlot came to offer prayers at the procession, slogans of “Modi, Modi” were raised by BJP supporters. After the procession, a scuffle broke out in the Soorsagar area between Hindus and Muslims, and mobs pelted stones at each other and the police. Soorsagar is one of the two assembly seats of Jodhpur Lok Sabha seat where the BJP has won. The police took some people in custody after that but BJP candidate and sitting MP Gajendra Singh sat on a dharna to get the accused released.

In the Jat-dominated Sikar seat, where BJP’s incumbent MP Swami Sumedhanand is facing tough competition from Subhash Maharia, another Jat and former BJP MP, party activists and sympathisers maintained that though the party was a bit weak in the beginning, the Ram Navami procession in the city changed things.

In Ganeri town of Sikar, BJP supporters said that the procession witnessed participation from 1.5 lakh people, and this shows the comeback of BJP and level of Hindu consciousness of the common people of Sikar. CPI(M) leader and district board member Pannalal Jakhar rubbishes this rumour, calling it a fabrication of the BJP activists.

“The whole town and nearby highways will be affected for the whole day if that many people gather for a procession in Sikar”, he says, maintaining no such thing happened on that day and traffic movement was normal. Despite this, BJP activists in most of the places this reporter visited in Sikar district repeated similar claims.

While Meenas are the most influential ST community of Rajasthan, southern Rajasthan, especially Banswara-Dungarpur region is dominated by the Bhils and Damor Meenas.

Congress used to have some hold among the Bhils while the persistent work of RSS enabled BJP to build a network among them.

However, this assembly election witnessed the entry of a new player in the Bhil politics of south Rajasthan – the Bhartiya Tribal Party (BTP). Launched by Gujarat MLA Chhotu Vasava, the party is mainly based among the tribals of Bharuch and nearby districts of Gujarat. However, with consistent efforts and radical posturing, it has succeeded in capturing the imagination of tribals of Banswara.

In 2018 elections, it won two MLAs in the region, and now its candidate Kantilal has made the contest for Banswara ST seat triangular. However, the party has no presence or influence beyond the Banswara-Dungarpur (ST) Lok Sabha seat.

Apart from other regions, BJP is extremely vulnerable in the eastern Rajasthan region which may hurt its prospects. The satta market in Rajasthan is currently giving seven seats to Congress and 18 to BJP.

Some state-based political commentators and senior journalists maintain that Congress may get 8-9 seats while some sources within the party, on the condition of anonymity, are saying that the internal assessment of Congress is ten seats.

This means that the BJP is likely to have an upper hand in this election. However, even if the party gets 18 seats – which is the highest number of seats the party is expected to get – as per these sources, it will suffer a loss of seven seats in comparison to 2014.

While this may not seem like a big number, in an election like this where every seat counts, the loss could be significant if the party fails to compensate for it in other places.