While party sources claim Chaturvedi resigned because she was denied a parliamentary ticket from Mumbai, she maintains it was over the Congress's reinstatement of workers who had misbehaved with her. 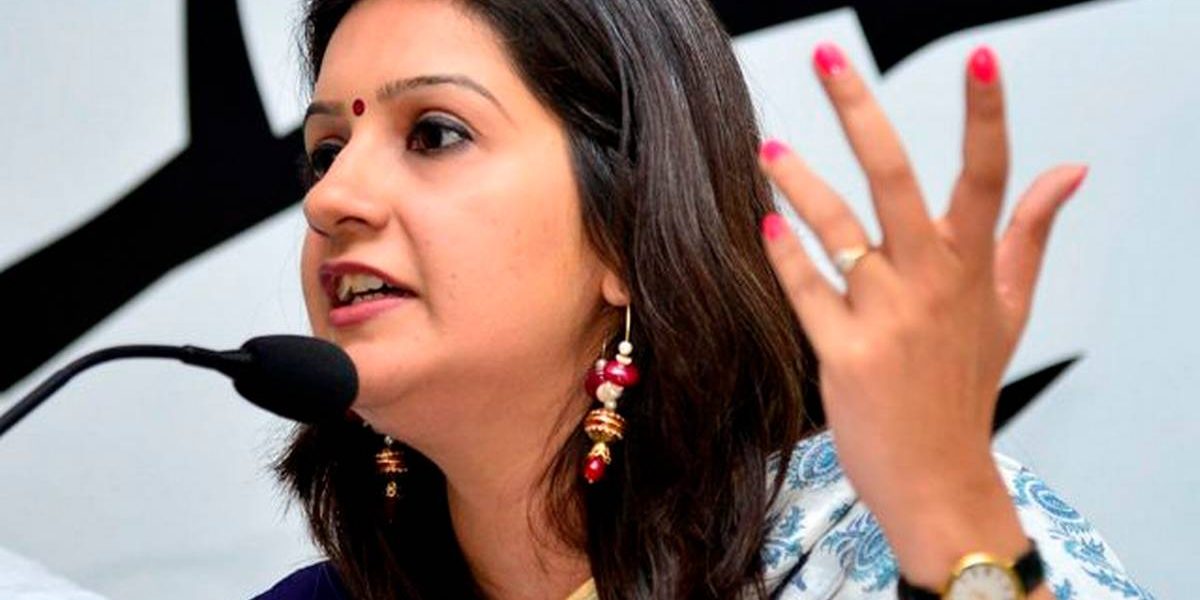 New Delhi: Just days after expressing displeasure over Congress’s reinstatement of eight workers in spite of her complaint against them for misbehaving with her, the All India Congress Committee (AICC) spokesperson Priyanka Chaturvedi resigned from the primary membership of her party.

A day after sending her resignation letter to Congress national president Rahul Gandhi on April 18, Chaturvedi, also the party’s convener of the media cell, today shifted camp to Shiv Sena at a press meet attended by party chief Uddhav Thackeray, his son Aditya Thackeray and some other senior leaders.

Chaturvedi called it an opportunity to return to Mumbai, her “janambhumi (birthplace)” and “karmbhumi (workplace)”. “When I decided to return to Mumbai to work, I felt that there can’t be a more apt party than the Shiv Sena,” she told reporters on April 19.

Sources in the Congress said Chaturvedi went incommunicado after slamming the party on Twitter on April 17 for bringing in “lumpen goons” who misbehaved with her when she visited Mathura for party work. An internal inquiry into the matter was conducted after her complaint and all the accused were suspended from the party. However, they were all brought back.

Chaturvedi had expressed her disappointment at the in-charge of western UP, Jyotiraditya Scindia, for reinstating them.

“Having faced brickbat and abuse across board for the party but yet those who threatened me within the party getting away with not even a rap on their knuckled is unfortunate,” she tweeted.

In her resignation letter addressed to Gandhi, Chaturvedi wrote, “A serious incident and misbehaviour against me by certain party members, while I was on official duty for the party, has been ignored under the guise of all hands needed for elections. This indignity to me has been the final factor to convince me to move on and focus on other things outside INC.”

However, party sources claimed that Chaturvedi’s departure from Congress was “expected” as she was denied a parliamentary ticket from Mumbai. She was “already unhappy” with the party for ignoring her request for the Mumbai North Parliamentary seat and for picking Bollywood actor Urmila Matondkar instead. “Though she was offered another seat in Mumbai, she was not keen on it as she felt she won’t be able to win from there. She wanted the North seat because she had worked there among people after quitting her job.”

In the 2014 Lok Sabha elections, Sanjay Nirupam lost the Mumbai North seat to BJP heavyweight Gopal Shetty. Having lost that seat by over four lakh votes, Nirupam reportedly was keen to move out of it to another parliamentary seat. He would now be facing Shiv Sena-BJP’s joint candidate Gajanan Kirtikar.

On being asked whether she left the party for not getting the desired seat from the Congress, Chaturvedi told reporters, “I did express my wish to contest the polls from Mumbai but that is not the reason why I left the party.” She said when those Congress members were reinstated after they misbehaved with her, she felt “let down” by the party for which she gave ten years of her life and “faced personal attacks” for it.

“I have always been vocal about women empowerment and safety. But I was trolled and abused. My family was threatened. I was sad when I saw a few party leaders attack me. They were suspended earlier by the party. But by reinstating them later, I felt let down. I realised that I will fail several women if I continue,” she said.

On the evening of April 18, after sending her resignation letter to Gandhi, Chaturvedi left all the party WhatsApp groups and also removed her designation of AICC spokesperson from her Twitter profile, leading to speculation in the media about her possible next move.

On April 19 mid-morning, Shiv Sena’s Sanjay Raut, however, confirmed to reporters that she would be joining the party later today.