Are Political Consultancies a Threat to Our Democracy?

My experience of working with one such firm led to some worrying insights. 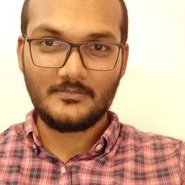 The 2014 general elections changed the narrative of post-liberalisation India, but they also changed the nature of election campaigns. Prashant Kishor and his Indian Political Action Committee (IPAC) emerged as powerful forces and became almost household names. It was then that we began to grasp the growing role of the ‘political consultancy’.

This year’s election, and the Modi government’s confident victory, should bring our attention back to political consultancies in various states, not necessarily as large as IPAC. They have worked for individual candidates and exercised influence far beyond what was visible to the public. I worked for one such organisation, the Social Post Political Consultancy (now ‘Rastra’), which worked on the Andhra Pradesh assembly elections – held at the same time as the general elections in the state.

Political consultancies’ presence in the electoral field is new and potentially very powerful. Not enough people are considering whether they may be a threat to democracy.

How do they function?

Every political consultancy has a different approach to election campaigns. In an individual client-based case, a team of two to three consultants work with every assembly candidate.

A political public relations officer (PRO) deals with tasks such as organising meetings with different communities, caste leaders or dissatisfied people within the party (or sometimes with opposition members). This PRO acts as a mediator between the candidate and the voter, reducing the need for intervention by small and large local leaders.

A media PRO briefs the client with daily news from the constituency from all major newspapers, covering both positive and negative stories, as well as general issues. They also handle the client’s official social media accounts and village-wise WhatsApp groups. The PROs also write media briefs on the candidate’s daily activities, which are then circulated to the news media. If the consultancy gets the contract for an entire party, then this strategy is implemented centred around the chief ministerial candidate, like IPAC did with the YSR Congress’s Jagan Mohan Reddy.

As a team leader, my duty was to guide the PROs in these daily activities, brief clients on action plans and discuss the developing political situation and finding solutions. I tracked what was happening in eight constituencies, followed up daily with a ground team, the client and the press, and supervised the back-end office.

The people who work in this kind of political consultancy are usually from big corporate colleges and top universities such as IIT, IIM, TISS and others. They are young and work around the clock for a fancy salary.

Challenging the traditional role of cadre

Any mainstream party, regional or national, has structures from the village to state level, including booth committees, youth wings and wings for particular communities. Positions within these structures are assigned to karyakartas (cadre), empowering them to work harder and more effectively for the party. From the outside, this looks like a strong form of party organisation; from the inside, however, one realises how loosely-tied the links in such an organisation can be.

To make their work easier for the elections, parties are now outsourcing the work of organising these loose structures to private consultancies.

The immediate problem is dismantling the authority of the local cadre leaders. They often resent the political consultancy, which has to take over monitoring, training and commanding the local cadre and structure. Consultants prepare regular progress reports on these structures; at the party level, they even report on the MLA and MP candidates, based on which the party high-command announces the final candidate lists.

I have observed cases of even MLA candidates being intimidated by consultants, who can convey negative reports that threaten their chances of getting a ticket.

When I first joined Rastra, the people close to the sitting MLA of the ruling TDP in Guntur district – his relatives, his personal assistant and his loyalists – felt threatened by our presence, fearing that they might lose their importance. For many days, they did not allow our media PRO to sit in the convoy car; they insulted him using his his caste, spread rumours about him to the MLA and frequently complained to me about his work.

This wasn’t a unique situation. In many constituencies, this was resolved by speaking with our client; in one case, we had to withdraw our team.

“With the rise of Modi, it seems like the Delhi-based liberal media has lost interest in Chandrababu Naidu,” said Human Rights Forum’s Rohit Gutta, who has been analysing the increasing role of political consultancies in Indian elections. “His failure, to some extent, can be attributed to the rise of political consultancies that have taken over activities that are traditionally managed by the committed party cadre.”

“The YSR Congress, which has openly acted in cahoots with the BJP, had recruited IPAC for its campaigning and strategy. It is said that the value of the deal runs into some hundreds of crores. TDP too had its share of political consultants. It didn’t contract the services of a consultancy for the entire party, but many of its contestants have.”

Political consultancies may help win elections, but they definitely do not strengthen a party in the long run. They work like steroids, adding bursts of strength to a political party for an election – but leaving them especially vulnerable if and when they are withdrawn.

A new wave of political leaders – many from a corporate background, but with family members in politics – will likely rely on private consultancies to compensate for their shallow understanding of social politics and movements.

A consultancy is only as good as the information it can obtain, however – which creates a new moral hazard around the use of state data.

In a recent case of data theft, the Telugu Desam Party (TDP) provided a variety of classified data on the citizens of Andhra Pradesh and Telangana to a company, IT Grids. This information was leaked from the government – which means the ruling party misused UID information to profile voters. We can assume that other ruling parties have used state information for similar purposes.

The “TRS mission-call campaign” mobile app and website to coordinate between the party and its cadre runs on the similar basis. Before it was controversially shut down, the chairperson of consultancy, Social Post, handled it and had access to all information it collected. Information, including phone numbers of beneficiaries of government schemes – whether Andhra pensioners or pasupu kumkuma recipients – can be easily obtained from government departments. With this data, the party may ask their local cadre to call the beneficiary regularly and ask her to vote for their party. If a consultant has been employed, these beneficiary mobile numbers are often given to a call centre.

Political consultancies profile villages, label homes and voters according to caste, and take down details of politically active residents and influential persons such as retired teachers, government employees and village heads. They also carry out regular surveys on voter mood. The sample size may vary from 2% to 20% of a constituency.

Profiling by consultancy firms happens at multiple levels. First, party supporters and non-supporters are identified – as are neutral voters, the most important segment of voters for a political party. Next, beneficiaries of various schemes are listed. Finally, just before the election, a list of who is voting for the party and who is not will be prepared, as neutral votes would by then have been consolidated.

At the end, they will have the castes, income sources and socio-economic conditions of all these people. Armed with this data, an action plan is prepared and door-to-door campaigns designed.

An exercise like this, on such a large scale, has never before been a part of India’s elections. The data set belongs to the private political consultancies. As the firms gain prominence with each passing election, they could potentially have the power to influence governments.

The other threat is if a big corporate realises this potential and enters this field, it will have tremendous influence on Indian elections as it would attempt to bring the party it favours to power. The corporate can then run the show. There is no data protection law in this country. Who will monitor what use they are putting this data to?

Threat of ‘defection’ or carrying info to rival party

Another threat is that private consultancies obtain a full profile of a party or a candidate. They can then be bought over by a rival party – are use that very profile from the other side. Ultimately, private consultancies themselves could emerge as a powerful lobby and dictate terms to the political class.

In a north Guntur constituency, we identified people from the opposition party who could potentially join our client, the TDP. The ground team worked on them and even motivated some to join our client. A few were also convinced to stay on where they were and pass information to us, thereby helping the client create unrest in the opposition.

Also read: Narendra Modi and the Pantheon of Superheroes

Just before the elections, one of the senior-most TDP leaders told me that consultancies are just event management companies, while he knows how to handle elections. This may be true for senior politicians, as they started their political careers as student leaders and have important knowledge on their constituencies.

But new-age politicians can’t say the same – and so the role of political consultancies is likely to increase. They are finding it harder to connect with voters on the ground, and since PR stunts do help engage the neutral voter, they are likely to create a higher decibel and more effective buzz than their opponents.

The rate for hiring a consultancy range from a few lakhs for individual clients to well over a hundred crore for big parties. The consultancy I worked for charged for the duration of the service – between Rs 25 lakh and Rs 30 lakh for a six-month minimum period. A TDP candidate for the Guntur assembly seat opted in just before the polls and was charged just Rs 5 lakh.

This money can be paid in cash if the candidate wants, with no receipts. If a client is interested only in surveys, they are charged according to the sample size and the number of questions; on average, a survey costs around Rs 5 lakh.

From a YSR Congress leader, we have learned that the IPAC contract may be worth more than Rs 150 crore per year (though neither the firm not the party officially revealed the figure involved).

Given these costs, it is difficult to understand why the Election Commission of India has not brought political consultancy fees under the purview of election expenditure.

We are living in a market-driven society. And now, political candidates and parties are just another brand or product for MBA graduates to sell. This includes creating a hype that may be impossible to fulfil once actually elected – but that’s not the consultancy’s problem.

Rajesh Serupally is a researcher and freelance journalist.