With Pragya Thakur Set to Contest Polls, Malegaon Victim's Father Has No Hope for Justice

Nisar Ahmed had contested Thakur’s candidature in a special NIA court, but his application was rejected saying the matter was beyond its jurisdiction. 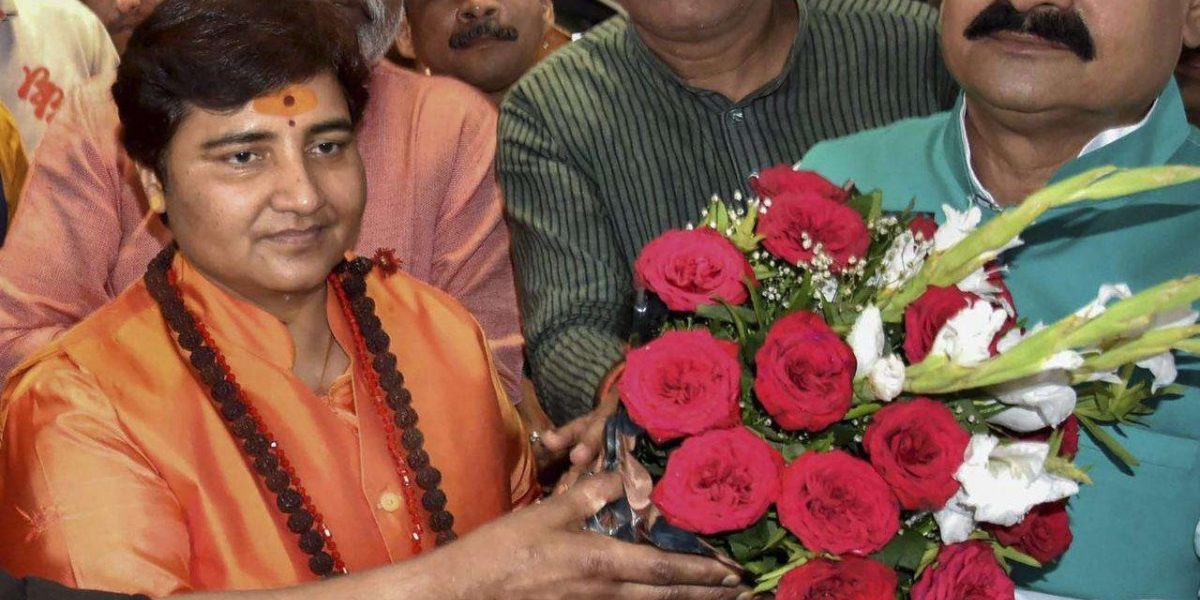 Mumbai: For 59-year-old Nisar Ahmed Sayyed Billal, the nomination of Pragya Singh Thakur – the prime accused in the 2008 Malegaon blast case – as the BJP’s candidate for Bhopal Lok Sabha constituency, was the last straw. His 20-year-old son, Sayyed Azhar Nisar Ahmed was among the six killed in the blast.

Eleven years later, Nisar Ahmed says, his struggle for justice has been rendered meaningless with the ruling BJP government’s decision to appoint his son’s “killer” as its representative in the ongoing elections.

Speaking to The Wire over the phone from Malegaon, a small town in Nashik district, Nisar Ahmed says he has gone through a range of emotions in the past two weeks. “I have lost my young son in the blast. No one can even imagine what it means to lose someone so young in such a tragic way. But in the past ten years, I had not lost hope in the system. I always believed my son’s killers would be punished someday. I don’t feel the same anymore. Her (Thakur’s) nomination has made me hopeless,” he said.

Soon after Thakur’s candidature was announced, Nisar Ahmed, with the help of his lawyers, moved the special National Investigations Agency (NIA) court in Mumbai seeking its intervention in the matter. In his application, Nisar Ahmed had stated that Thakur should be barred from contesting the elections and also her bail be cancelled. Thakur, on spending nine years in Byculla prison, was granted bail by the Bombay high court on April 24, 2017.

Nisar Ahmed’s application has been rejected by the NIA court on the grounds that it does not have the jurisdiction to bar anyone from contesting elections. Nisar Ahmed says he expected better from the court.

“I had pointed at the false medical claims that Thakur has been making before the court and also the seriousness of the charges against her. She had claimed that she was ailing with (breast) cancer. But there she is moving around the city and talking to the press and making horrid comments on the slain police office (Hemant) Karkare. Yet, the court did not consider my application and it was rejected (on April 24),” he told The Wire.

Thakur, upon filing her nomination, had made several obnoxious comments, including the one on Karkare’s death in the November 2008 Mumbai terror attack. “I told him, ‘You will be destroyed,’ and just over a month later, terrorists killed him,” Thakur could be heard saying to a crowd in a video released by news agency ANI, which also showed BJP leaders applauding her statement.

Nisar Ahmed recalls the investigation conducted in 2008 by the then ATS chief Hemant Karkare. “In no time, Karkare and his officers had identified the prime accused. Thakur and other Hindutva men were arrested in the case. He (Karkare) spared no one. Even a serving army man was arrested. And now all of them have been let out on bail and the case has shown no sign of progress,” he says.

Further accusing the NIA of watering down the strong case built by the ATS, he says: “As soon as the BJP government came into power, the NIA started slowly giving a clean chit to the accused. It went to the extent of claiming that the agency has no evidence to prosecute Thakur under MCOCA. This even when her motorcycle was used to carry out the blast,” he points out.

According to the ATS’s chargesheet, Thakur, a former ABVP activist, was the prime conspirator and her LML Freedom motorcycle was used to carry out the blast opposite one Shakil Goods Transport Company, killing six persons and injuring over 100 in the attack.

A scene from the blasts. Credit: PTI

The ATS case was considered to be fool-proof and it had made it difficult for the accused to avail bail. But as soon as the NIA stepped in, things changed. NIA’s special public prosecutor Rohini Salian had also accused the agency of manipulation with the accused and intentionally watering down the case. In 2014, the NIA had unceremoniously ousted Salian, who was handling two high-profile terror attacks – the Malegaon terror attacks of 2006 and 2008.

Responding to Nisar Ahmed’s application, the NIA claimed it has no jurisdiction to initiate any action against an accused contesting election. However, strangely, it went out of its way to claim it has no case against Thakur.

Questioning NIA’s reasons behind mentioning that no case was maintainable against her, the special NIA judge V.S. Padalkar said:

“It is not known as to why this portion is included… by the investigating officer when there is no prayer by the intervener to that effect. This court had rejected her discharge application on December 27, 2017. Only after hearing the accused, the special public prosecutor and the intervener, had the court framed charges against her and other accused. This means that the court found some prima facie evidence in the chargesheet filed by the ATS (Anti-Terrorism Squad) though investigation was taken over by the NIA.”

The victim’s father had also challenged Thakur’s claim that she was suffering from breast cancer, one of the grounds under which her bail plea was accepted by the court. Nisar Ahmed, in his application, pointed to her active campaigns in Bhopal and how she had chosen an Ayurvedic hospital for treatment.

Top oncologists have also slammed Thakur’s claim of her medical condition and that she got cured through a combination of cow urine and other cow products. As quoted in the Mumbai Mirror, ex-JJ hospital dean T.P. Lahane, under whose watch she was examined in 2010, says her tests showed no signs of major ailments.

Nisar Ahmed says he isn’t giving up just yet. “I am urging the Jamiat Ulema-e-Hind (the organisation providing legal aid to the victims’ families) to travel with me to Bhopal and stop Thakur from winning the elections. I plan to meet as many voters as I can and tell them that they should vote for humanity.”

“Yeh ek mujrim insaan hain. Inki jagah jail main hain. Inko koi bhi vote na kare (She is an accused person. Her place is in jail. No one should vote for her,” he said he will tell this to the voters of Bhopal while urging them to vote wisely in the polls scheduled on May 12