What Happens if the 2019 Elections Lead to a Hung House?

There needs to be a broad national consensus on what to do if no party gets a majority. 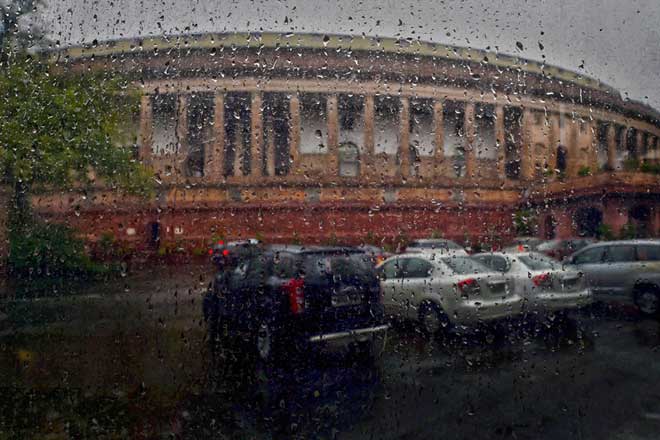 Trying to predict election outcomes is fraught with uncertainties. The current Lok Sabha election arguably is even more so. Still, a commonly held view seems to be that no party is likely to get to the half-way mark of 272 MPs, and thus, there will be a hung house.

This is one of those few situations in which the president acquires a critical the role. Article 75(1) of the constitution says, “The Prime Minister shall be appointed by the President and the other Ministers shall be appointed by the President on the advice of the Prime Minister.” Curiously, this is all that the longest written constitution in the world says about the appointment of the prime minister.

The issue of how and who should be appointed as the prime minister has been debated intensely. Some conventions have emerged based on these debates. Some of the possibilities that have emerged are for the president to invite:

All the above options are open to controversies and possible legal challenges. President R. Venkataraman, after the 1989 Lok Sabha election, first invited the leader of the largest single party, Rajiv Gandhi, with 194 seats to form the government. When this invitation was declined, the president invited the leader of a coalition, V.P. Singh, who formed the government. This is what came to be called the “arithmetic test/objective test” of summoning the parties in order of their numerical strength.

When the next president, Shankar Dayal Sharma, applied the same test in 1996 and appointed A.B. Vajpayee as the prime minister, the government fell within 13 days of its formation!

Also read: Was the Congress Ever Serious About Putting up a Strong Fight in Varanasi?

This shows that all such permutations and combinations, even guided by precedent, legal principles and seemingly logical arrangements, can be unstable and controversial. The primary reason for instability is the ‘horse trading’ in the Lok Sabha MPs that goes on unabated during this period of uncertainty. Instances of submitting letters or signatures of MPs in support of a particular aspirant for the post of the prime minister, physical presentation of MPs in front of the president, and other such unsavoury spectacles have been observed in the past, either preceding or following decisions made on any of the above premises.

To avoid such unseemly occurrences such as elected representatives being sequestered in plush resorts or secret destinations, it is advisable that a broad national consensus be formed before the results of the election on May 23, 2019, to guide the process of government formation. While the process has to be acceptable to the president because it is his judgement and discretion that become paramount in such a situation, all important and relevant stakeholders need to be consulted. All political parties which are likely or expected to have some representation in the forthcoming Lok Sabha will obviously be critical stakeholders in this process, but is important to stress that political parties are not, and should not be, the exclusive or only stakeholders.

One possible option for the formation of a caretaker national government is as follows. The first principle that needs to be accepted by all is the duration of such a government. If there is the provision or the slightest possibility of the caretaker government continuing in office for the full term of five years, then it is not unreasonable to expect that all stratagems will be used by the incumbent government to cling to office by hook or by crook. It is, therefore, absolutely necessary to limit the term of the caretaker national government to anywhere between three and six months, after which holding a fresh election become automatically mandatory. This will have the advantage of removing uncertainty and the incentive for machinations to continue in office.

The next limb of this proposal is to fix the composition of the cabinet. This can be done on one of the two principles, the number of Lok Sabha MPs belonging to a political party or the percentage of votes polled by each political party. In concrete terms, 10% of the number of Lok Sabha MPs of a particular party could be members of the cabinet. If a party has 20 MPs in the Lok Sabha, for example, then it will have two ministers, a party with 50 MPs will have five ministers, and so on.

On the crucial question of who should be the prime minister, there could be two options: The party with the largest number of MPs may nominate a person acceptable to the president as the caretaker prime minister, or the proportionately formed cabinet may elect the caretaker prime minister from among its own members. This would be one way of underscoring and highlighting the fact that the prime minister is only the primus inter pares (first among equals) in the cabinet, and to ensure that the requirement laid down in Article 75(3) of the constitution that “The Council of Ministers shall be collectively responsible to the House of the People” is fulfilled.

How exactly will this process of developing a broad national consensus before the results are announced is a question that needs an urgent national debate. One hopes all the political parties will realise that taking individually optimal but collectively suboptimal decisions over the last few years has brought the country to a precipice where India has joined a number of other major countries where democracy seems to be on the back foot. Some observers of the global scenario have even gone to the extent of saying that the shelf-life of democracy is over.

India has been undoubtedly the most daring experiment in democracy and the whole world watches us with intense interest. It is for the polity – the entire political establishment, and to us, “The People” – to decide whether we wish to continue to be the cynosure of the world’s eyes. Otherwise, we will be resigned to the fate of being a ‘flawed democracy’, as we have been labelled.