"We are the most neglected religious minority in Kashmir," a member of the community said. 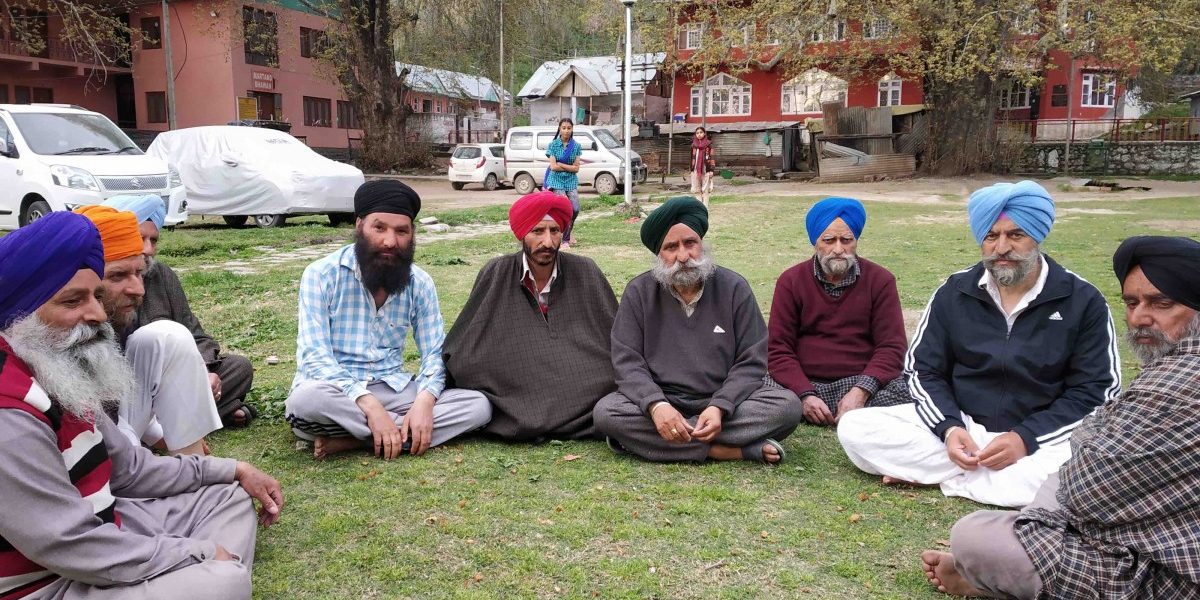 Srinagar: Claiming successive state and Central governments have ignored their demands, Kashmir’s Sikh community has now vowed to not participate in the upcoming Lok Sabha elections.

After Pandits, Sikhs are the second minority community in the state. According to official data, the Sikh population in Jammu and Kashmir is 2.03% – with 0.88% in the Kashmir division.

Expressing indignation, Sikh community leaders said their grievances have remained unaddressed for long. Among their major demands – for which the community says they have been fighting for decades – are the extension of the Minority Community Act to the state and the introduction of Punjabi language in schools and colleges.

The decision to boycott the upcoming parliamentary elections has been taken by the All Party Sikh Coordination Committee (APSCC).

“I even can’t count how many times we have staged peaceful protest rallies outside Press Colony and at Pratap Park in Srinagar,” Jagmohan Singh Raina, chairman of the APSCC, told The Wire, adding: “[But] Our voices were always ignored.”

A protest held by the Sikh community at Pratap Park Srinagar. Courtesy: APSCC

As a mark of protest, Jagmohan said, they have decided to boycott the upcoming polls. “Is there any reason for us to participate in elections?” Jagmohan demanded. “During previous assembly and parliament elections, we supported different political parties. They assured us that they will fulfil our demands. But now we have witnessed enough fake promises. This time as a mark of protest, we have decided not to take part in the upcoming elections. Our community has unanimously taken this decision.”

If the Sikh community in Kashmir abstains from the Lok Sabha polls, around 80,000 votes will go to waste, according to APSCC.

Despite being a minority in the region where armed conflict has been ongoing for decades, Sikh community members claim they have never felt an urge to leave Kashmir. They said when the militancy ignited in the 1990s, a major chunk of their population migrated from villages to cities and towns, leaving behind their agricultural land – their major source of income.

“Our relation with the Muslim community is inseparable. We have never faced any problem in Kashmir. But for our safety, we migrated to cities and towns during the height of militancy in the 1990s. We were mostly dependent on agricultural land before that,” said Jagmohan. “We have received step-motherly treatment from the government. We are the most neglected religious minority in Kashmir. The economic condition of our community is bad.”

Out of the 3,000 jobs announced for migrants Pandits under the prime minister’s package in 2009, Sikhs claim that 500 posts were kept reserved for minorities that had not migrated from the Valley. “Yes the Central government announced an employment package for us as well, but the state government has given all the jobs to other minority communities,” Jagmohan claimed.

When asked about the Sikhs who have joined different political parties, Jagmohan said it was their personal decision and not of the community as a whole. Sikhs in south Kashmir’s Pulwama said they supported APSCC’s boycott. “One of our main festivals Baisakhi is on April 14, but have you heard any statement from any political leader [on it]? Did government announce any special ration supply for us like they do during other festivals? Do they know whether the Sikhs have essential commodities like rice, sugar etc at home? Do they care for us?” asked Kaypal Singh, a resident of Tral area of the district. “This election means nothing to us. We even don’t want to know who the contestants are.”

In Tral area, Kaypal said, around 26 villages house Sikh families, some are even Sikh dominated. “The condition of most of the roads leading to Sikh-dominated villages is terrible. When we go to government offices with our demands, we often receive a cold response,” said Kaypal. “How can anyone expect us to take part in the elections?”

Another Tral resident, Sanjeet Singh added: “Our private sector is weak. The government hasn’t given us any employment quota. Where will our children go? Those who are wealthy send their kids outside Kashmir. It is poor people like us who face hardships every day.”

Besides, members of the Sikh community said, the government has not done any enquiry into the Chattisinghpora massacre and they have now lost their hope. On March 20, 2000, in the Sikh-dominated Chattisinghpora village in south Kashmir’s Anantnag district, 35 Sikh villagers were killed by masked gunmen. Nineteen years have passed but the killings remain shrouded in mystery.

Also read: Chattisingpora: A Massacre, Its Lone Survivor and Its Aftermath

“Successive past governments have deceived our community. We fought tooth and nail with the administration to start an enquiry into the Chattisinghpora massacre but nothing has happened so far. We don’t understand why the government hesitates in giving an order of enquiry on the massacre,” asked Nanak Singh, a lone survivor of the massacre. “After the massacre, we faced flawed enquires and fake promises. Why should we take part in the elections? Our village will support the decision to boycott the polls.” 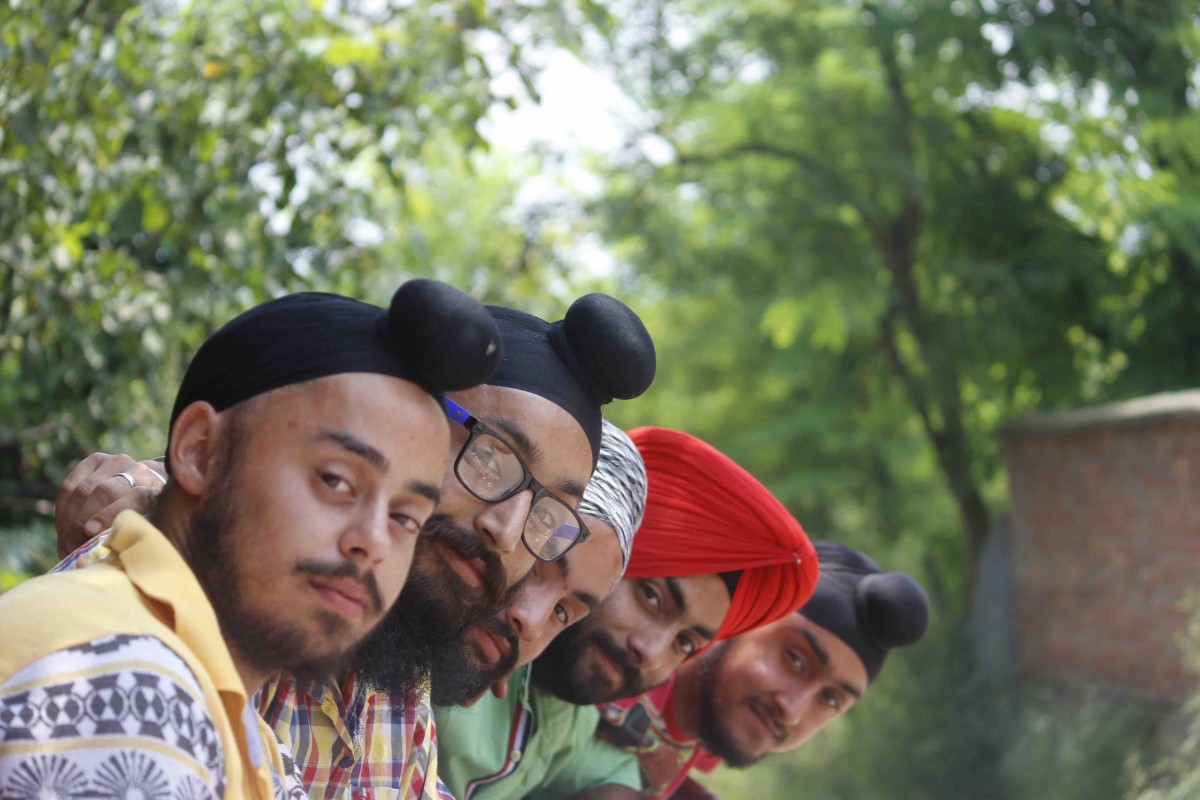 The youth of the Sikh community posing for a photograph. Credit: Aamir Ali Bhat

However, in some villages of south Kashmir, while the Sikh community has echoed the same grievances, on whether to sit out the polls, they have decided to follow the decision of the Muslim majority.

“Our demands are genuine. We have often faced discrimination. Our highly qualified youth are unemployed. The government has never announced any scheme for us.” said Inderjeet Singh, president of Gurdwara Pranpandk Committee of Anantnag.

“But, like always, we have decided to follow the decision of our Muslim brothers. If they will boycott the elections, we will do the same. During the recent urban local body polls, we followed the decision of Muslims,” Inderjeet added.

Sitting beside Inderjeet, Mohan Singh, who has served in the army, said, “We have MBA, M.Sc, M.A., and even PhD degree holders seeking jobs for years. They rarely earn their livelihood. We don’t have any reservation category. By not addressing our problems, the government is forcing us to migrate from the Valley.”