No action was initiated against him. 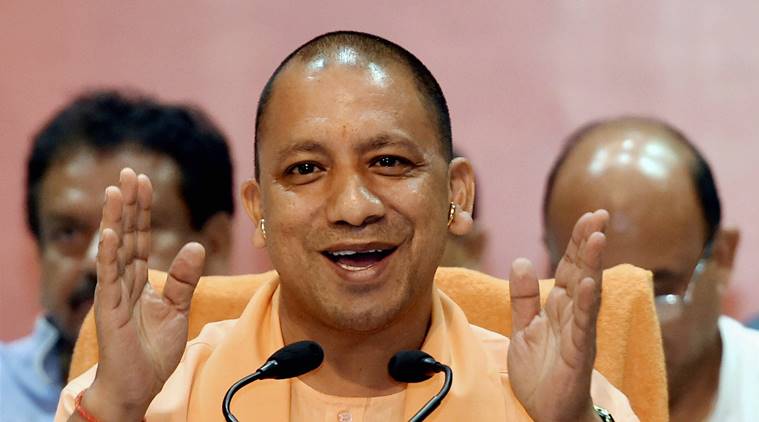 New Delhi: The Election Commission (EC) has decided to let off Uttar Pradesh chief minister Yogi Adityanath with a light rap on the knuckles for his “Modiji ki sena” remark, asking him to “be more careful” in the future.

The EC also told Adityanath that since he is a senior politician holding an important position, his remarks should reflect his stature.

The commission was not satisfied with his reply in which he is learnt to have hailed the role of the EC in conducting polls.

The EC had issued the Uttar Pradesh chief minister a show cause notice based on a video clip submitted by the Ghaziabad district magistrate which showed Adityanath making the remarks at the election rally there on Sunday.

Adityanath, who addressed election meetings in Ghaziabad and Greater Noida on Sunday, had lashed out at the Congress for what he called was its “soft approach towards terrorism and terrorists”.

The EC’s reaction to Adityanath’s comments seems rather mild compared to action being taken against opposition parties. For instance, it removed the chief secretary of Andhra Pradesh, a favoured officer of chief minister Chandrababu Naidu, over an issue of compliance with a previous order.

The Congress on Saturday questioned the EC’s decision on Adityanath, saying that the Uttar Pradesh chief minister “insults” the Indian Army and the poll body writes a “love letter” to him.

The opposition party also came down hard on the EC communication to NITI Aayog vice chairman Rajiv Kumar, saying he criticised the party’s proposed minimum income scheme NYAY and the poll body told him “don’t do it in future”.

Why is the EC shying away from showing the mirror of truth to those in power, Surjewala asked.