What Role Will Ethnic Identity Play in the Darjeeling Hills Elections?

While the BJP has added provisions to its manifesto to try and woo voters here, the TMC may have the upper hand. 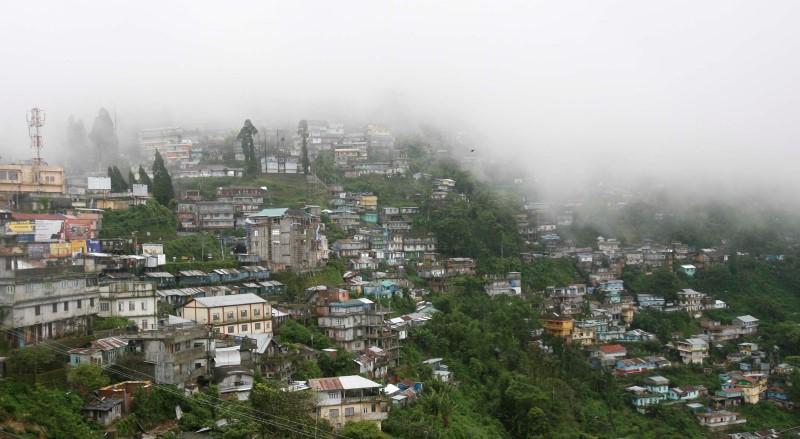 The struggle for self-rule in the Darjeeling Hills has had a long journey, from submitting repeated memorandums to respective governments to the demand for a full-fledged state during the 1980s, till the recent formation of the development boards. The aspiration for self-rule still falls short of a durable political solution.

Does the Bharatiya Janata Party’s recent manoeuvring in its 2019 election manifesto indicate that it wants to work on that? The party has been able to secure voters’ support in the Darjeeling parliamentary constituency during the last two Lok Sabha elections.

In its previous manifestoes, BJP had been promising to “sympathetically examine and appropriately consider the long pending issues of the Gorkhas”. But this time, it has added a new resolution to bring 11 left-out sub-communities of Gorkhas – Bhujel, Gurung, Mangar, Newar, Jogi, Khas, Rai, Sunuwar, Thami, Yakha and Dhimal – into the Scheduled Tribe category. Ironically, these sub-communities were already cleared by the West Bengal cabinet in 2014, and the change was placed before the Centre for approval. However, the BJP-led Union government had swept it under the carpet.

The party manifesto has also says that it will ensure reservations for the Limboos and Tamangs of Sikkim in the state legislative assembly. These communities, after fighting for years, had moved the apex court early this year seeking direction to the authorities responsible for this delay. The matter is now sub judice.

Also read | Are ‘Buddha, Hindus and Sikhs’ Refusing to Play the BJP’s Game?

If one contextualises these demands, a spatial congruity as well as continuity becomes evident. Historically, Darjeeling was a part of Sikkim, and so any political manoeuvrings related to the former are also intertwined with the latter.

The British, as colonisers, were interested in outsmarting the Chinese on tea cultivation and trade. On this, Darjeeling Hills had immense potential. Additionally, they wanted to control the 19th century Kalimpong-Lhasa road, strategic for trade, which was under the command of Tibetans. It’s noteworthy that the Tibetan influence in Sikkim, Bhutan and Darjeeling Hills became prominent in the 17th century. Colonial administrators, on the other hand, encouraged the migration of Nepalese people into Sikkim and Darjeeling Hills to downplay the Tibetan influence. As Herbert Hope Risley noted in 1894, “the influx of these hereditary enemies of Tibet is our surest guarantee against a revival of Tibetan influence”.

By encouraging Nepalese migration, the British ended up putting the Nepalese, Lepchas and Bhutias at loggerheads. Later, the merger of Sikkim in India in 1975 automatically bestowed Scheduled Tribe status upon the Sikkimese Lepchas and Bhutias in 1978, as the Centre had already recognised their counterparts in the Darjeeling Hills as STs in 1950s. Eventually, the 1979 amendments to the Representation of People’s Act, 1950 reserved 15 assembly seats out of the total 32, in which Lepcha-Bhutias got 12, Scheduled Castes got two and the Sangha [monks] got one. This measure was a continuation of the proportional representation formula adopted by the Chogyal amongst the Lepcha-Bhutia-Nepalese to maintain ethnic parity.

Difference in population growth disturbed the ethnic equation, and it widened further after the Limboos and Tamangs got ST status in 2002. As a way out to this problem, the B.K. Roy Burman Committee in 2008 recommended increasing the total number of seats from 32 to 40 in the Sikkim assembly. It also suggested reserving 12 seats for the Lepcha-Bhutias, 20 for STs by declaring all Nepalese as STs, two each for SCs and the Sangha, and four seats for others to maintain ethnic parity.

Also read | Who Will Emerge Victorious in the Darjeeling Lok Sabha Seat?

This politics of ethnicisation in Sikkim also influenced ethnic politics in the Darjeeling Hills. Apart from the Lepcha-Bhutias and Limboo-Tamangs being recognised as STs respectively in the 1950s and 2002, the Roy Burman Committee’s recommendation of ST status for Sikkimese Nepalese had given the Nepalese [Gorkhas] in Darjeeling Hills a reason to cry for tribal status.

This demand for individual groups in the Darjeeling Hills is more noticeable after the disaggregation of Gorkhas into 15 development boards by the state government. As a result of this, now every ethnic group in the Darjeeling Hills wants to be identified as ST. The point in BJP’s latest manifesto on recognising 11 sub-communities within Gorkhas as STs is to increase its influence among these sub-communities.

On the other, in the Darjeeling Hills, most of the land, except under tea gardens and forests, are occupied and few possess land documents to justify their occupancy. So by recommending 11 sub-communities getting tribal status and simultaneously announcing the provision of land-pattas to the hill-dwellers, Trinamool Congress became the favourite in the 2017 civic elections. The results in the Mirik municipal elections point in this direction.

Access to land has always been central to ethnic equations, and this was no different in the Darjeeling Hills. Since most hill-dwellers hardly possess land documents, gaining tribal status for the Darjeeling Hills seems be the foremost task for them to secure their land rights. If these 11 communities get ST status, the Darjeeling Hills will automatically become tribal majority and thence, become eligible for Fifth and/or Sixth Schedule provisions.

Earlier, in 1986-88, Subhash Ghisingh rejected the Centre’s proposal to bestow Sixth Schedule provisions in the Darjeeling Hills by saying that a majority of hill-dwellers are non-tribals. But political affairs post-2002 in Sikkim have changed this demand.

Against this backdrop, both the BJP and TMC had window-dressed their election agendas for the Darjeeling Hills. If we look at consecutive voter turnouts in the 2014 (79.46%) and 2019 (78.71%) Lok Sabha elections, it seems evident that voters are unaffected by the BJP’s recent modifications. Instead, they seem to be more interested in ST status and land-pattas.

While both the TMC and BJP had said they would provide ST status to those 11 sub-communities, the TMC is ahead as it has left the onus of formal approval on the BJP. It seems from ground reports that the aspiration for a separate and ‘meaningfully’ autonomous politico-administrative unit in the name of Gorkhaland has been kept in abeyance. Immediate palliatives in terms of recognition and representation of various communities and sub-communities in the Darjeeling Hills are the priority.

One must not forget that to understand the politics of the Darjeeling Hills, one has to link it to the history of Sikkim. A posters en route Darjeeling aptly reads, “Singur is not our history, Sikkim is our history. Add it in our syllabus.”

Biswanath Saha is a PhD Fellow at Institute of Development Studies Kolkata (IDSK), where Gorky Chakraborty is a faculty member. Views are personal.