Debate: Some Coalitions Are Stupid

Coalitions are important, but a bad ally can be worse than an enemy. An alliance is only fruitful if it is strategic. How would jumping on board a sinking ship help Congress in Andhra? Credit: PTI

In an article published in The Wire on April 22, Raghu Karnad argued, “By trying to defeat Modi by winning over the public instead of winning over a united opposition, the Congress president has made a mistake that could reverberate for decades.” This argument has created quite a ripple.

Karnad stated, “Rahul Gandhi has been busily aiming and firing at the wrong target – at winning over the masses instead of winning over rival leaders who might actually have scored a majority in parliament.”

However, to substantiate his argument, he gave an example of how Sonia Gandhi in 2004, in a show of humility, went an extra mile to stitch an alliance with Ram Vilas Paswan for the United Progressive Alliance (UPA).

It’s an interesting argument but is it fair to compare the post-poll alliance of 2004 to the pre-poll alliances of 2019?

Are all allies good?

Coalitions are important, but a bad ally can be worse than an enemy. An alliance is only fruitful if it is strategic.

Forging alliances is not as easy as it used to be and contrasting the 2004 election scenario with the present one is not a fair comparison.

Back in 2004, the BJP, Congress and the Left Front won 342 seats combined, which is more than 56% of the vote share. Today, the situation is starkly different. Regional parties today wield more power than ever before.

Moreover, back then, ideologies were crucial for setting up an alliance. This no longer holds true. What matters to regional parties now is who offers the best deal.

Karnad also wrote, “Congress has dropped chance after chance of consolidating with regional leaders who are ardently defying the BJP, like Mamata Banerjee in West Bengal (42 seats) or Naidu in Andhra (25 seats).”

Down south in Andhra, Chandrababu Naidu’s Telugu Desam Party (TDP) is engaged in a do-or-die battle with Y.S. Jagan Mohan Reddy’s YSR Congress Party, on in which the latter is likely to emerge victoriously.

For the first time, TDP is contesting elections without an ally. The state is facing an anti-incumbency wave and Reddy’s 340-day padayatra, during which he walked over 3,640 kms, has given YRCP an edge. So, how would jumping on board a sinking ship help Congress in Andhra? This is a crucial question that Karnad’s piece fails to answer. 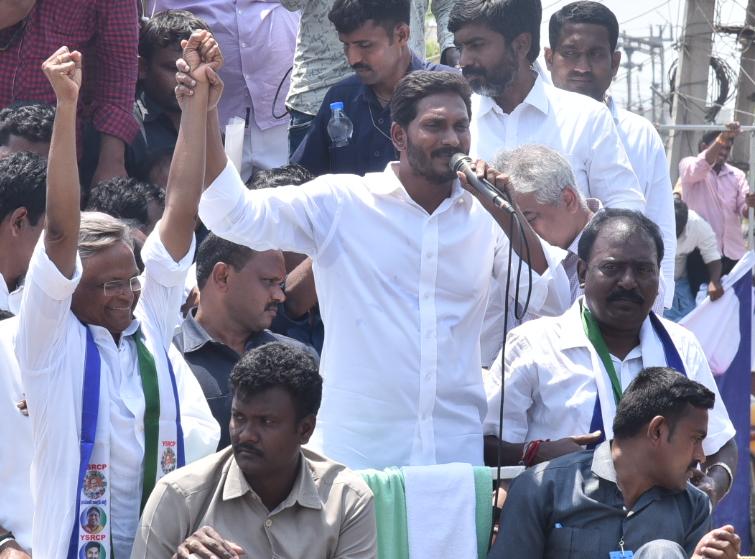 Interestingly, two new developments cropped up in Andhra recently. In an interview to News 18, the YSRCP chief said he had ‘forgiven’ the Congress and claimed he had no ‘vengeance or grievance against anybody’.

Additionally, during campaigning in Andhra, Reddy repeatedly said he was ready to ally with any party as long as they were willing to grant a special category status to the state.

The Congress party in its 2019 manifesto said that it will grant such a status to Andhra Pradesh if it came to power at the Centre. So for the Congress, maybe there is a new relation brewing in Andhra.

Also, the Congress-Left bonhomie is unnecessary and uneventful. In Bengal, the Left is contesting the elections with a broken leadership and tattered organisational strength. So most workers in the party are expecting a rout. An alliance between the Left and Congress won’t benefit either.

Open palms are for alms seekers

In Bengal, Mamata Banerjee won’t give the Congress more than five seats – in the event that they decided to ally. All are legacy seats that the Congress would win anyway. The grand old party, in all probability, is also likely to retain three of the four seats it won in 2014.

The Congress-Trinamool pre-poll alliance is a bad deal in Bengal when it is clear that after election, Trinamool has no choice but to ally with the Congress.

Moreover, Congress has struck a number of important alliances in various states. In Maharashtra, the grand old party joined hands with Sharad Pawar’s NCP, in Karnataka, it has allied with the Janta Dal (Secular), with the Dravida Munnetra Kazhagam in Tamil Nadu and with the Rashtriya Janata Dal in Bihar.

However, the party’s failure to ally with the Aam Aadmi Party in Delhi will not just hamper its prospects, it will also benefit the BJP in Delhi’s seven Lok Sabha seats.

Karnad has argued that the Congress’s intention to rebuild itself in Uttar Pradesh is going to “undercut the SP-BSP gathbandhan, the single strongest bulwark against Modi’s re-election.”

Not really. In about 55 of the 80 seats in Uttar Pradesh, the Congress has fielded candidates that are unlikely to do much harm to the gathbandhan candidates. The Congress has not even fielded anyone in important seats like Mainpuri, Azamgarh, Muzaffarnagar, Baghpat, Kannuj.

In some seats like Meerut, Kairana, Rampur, Ghaziabad, etc, the party candidates are likely to split the BJP votes, thereby actually helping the gathbandhan. However, the Congress fielding Muslim candidates might pose some difficulties to the BSP in nine seats.

Taking a closer look at the Congress and the gathbandhan candidates in UP, it seems there has been an unofficial deal between them to defeat the BJP, which won 73 out of the 80 seats in the last Lok Sabha election.

The 2019 general election is a break-or-make one for the Congress for many reasons – most importantly, for its existence.

As Modi rose to power in 2014, the oldest party of India was reduced to 44 seats, the lowest in its history. Rahul Gandhi and the Congress were written off by most voters. But since little over a year ago, after taking over the position of party president from his mother, Rahul has slowly but steadily helped Congress regain its political vigour. 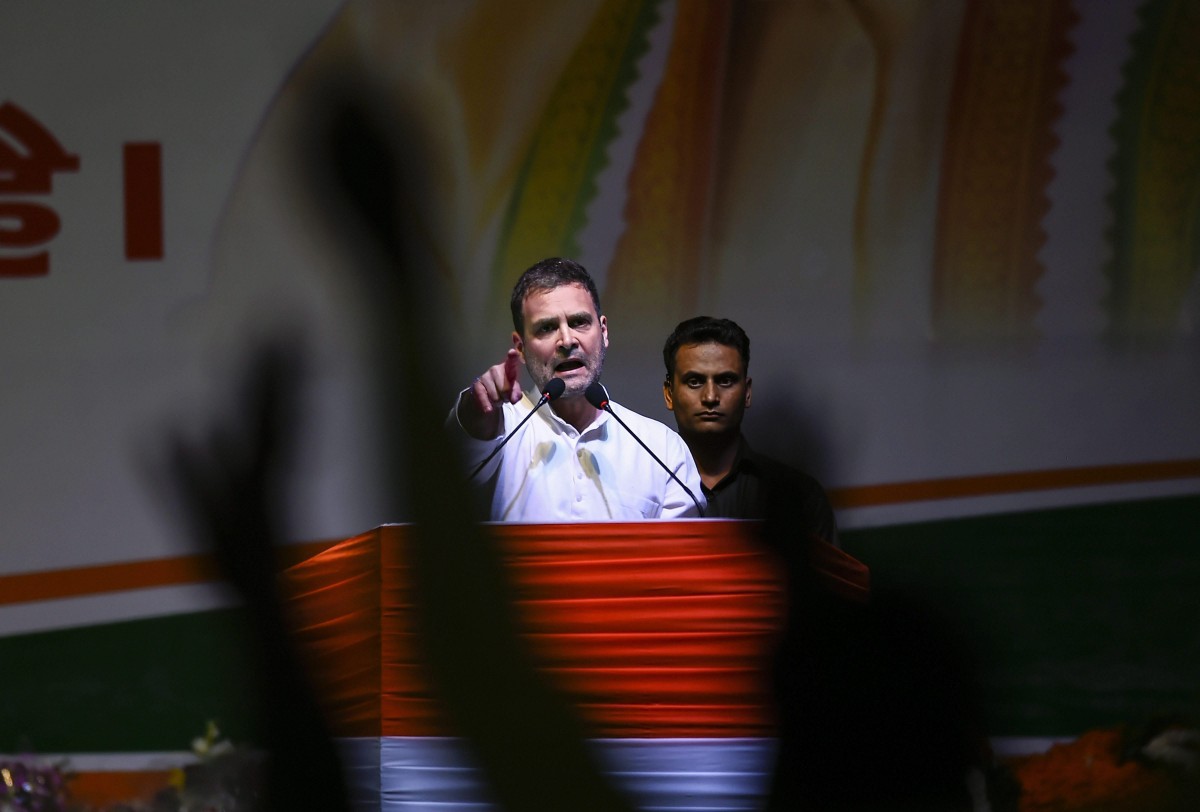 Many believe Rahul has been firing at the wrong targets. Some claim he has wasted his time by speaking on the Rafale deal. On the contrary, the Rafale deal was the single most contagious issue that brought the opposition together.

The Congress’s promise of a minimum income guarantee scheme (NYAY) to five crore poor families if it is voted to power, rattled the ruling dispensation. A political analyst told this author, “NYAY is a policy masterstroke by Congress.”

While time and again the BJP has made nationalism and national security the primary issues for election 2019, the Congress has decisively brought back the narrative of unemployment, agrarian crisis, Rafale deal, atrocities against Dalits and minorities and attacks on democratic institutions.

Stakes are unusually high in the ongoing general election and any adversary could cost India handsomely. But the stakes are high for each and every individual of the country, not just for Rahul Gandhi.