Was the Congress Ever Serious About Putting up a Strong Fight in Varanasi?

Priyanka and Rahul (and maybe Sonia) have more or less chosen to let the Congress lose to Narendra Modi. 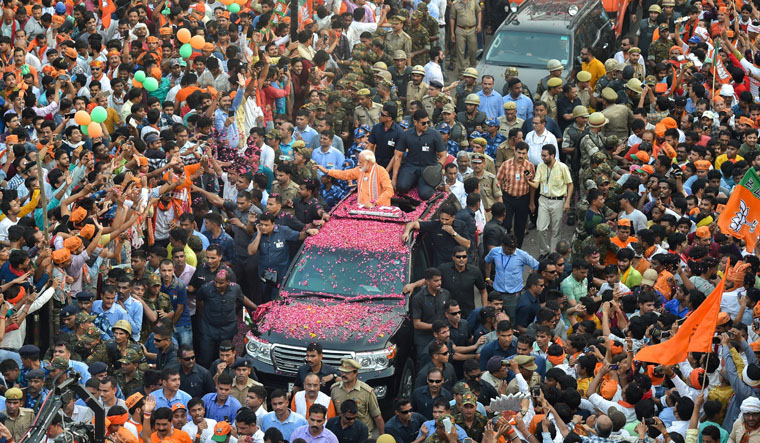 Did the Congress ever mount a serious  campaign against Narendra Modi in Varanasi? The manner in which it handled – or created – speculation about Priyanka Gandhi’s  possible candidature, as well as the manner in which it subsequently announced that she would not stand against Modi, convey the impression that it did not.

When speculation first started about her contesting from Varanasi, she said she would, “if my brother Rahul Gandhi insists”. So was the question of winning or losing against Modi just a family matter of sorts? That impression was enhanced when a Congressman said that if Rahul Gandhi won from the southern district of Wayanand, Priyanka could be fielded in a by-poll in Amethi. Sounded like a family matter again. And Priyanka would take no risks.

The family again: Priyanka’s mother Sonia Gandhi, former Congress president, was reportedly against sending her daughter  to battle Modi in her very first attempt to be elected to parliament. Then another Congressman, Sam Pitroda, said that Priyanka took her own decision. The final decision, however, apparently rested with Rahul, who decided against giving his sister the go-ahead.

Why were three explanations necessary to tell the public that Priyanka would not be the Congress candidate from Varanasi? She really did look, as Arun Jaitley said, like she was chickening out of a contest with Modi. Priyanka appeared to be more at home with her family than as a serious campaigner taking the trouble to be the game changer India needs.

Voters tend to favour honest challengers. Priyanka’s audacity in standing up to and against Modi would have greatly enhanced her prestige. For daring to dare. And who knows? For politics is the art of the possible. (Remember Raj Narain defeating Indira Gandhi by 50,000 votes in the 1977 election, which marked the defeat of Indira’s notorious Emergency?) Who does not admire someone who dares? Even if that person loses? 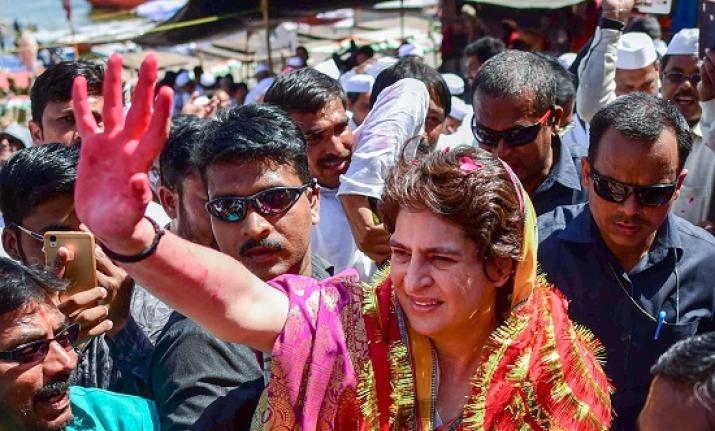 Congress general secretary for UP East Priyanka Gandhi Vadra waves as she arrives at Dashashwamedh Ghat in Varanasi. Credit: PTI

Sending out the wrong signal about Priyanka’s candidature in India’s most important constituency was impolitic in itself. It showed that neither Priyanka nor Sonia nor Rahul was astute enough to realise that it would have been smarter to avoid raising the hopes of potential voters and then disappointing them.

Apart from being trounced by Modi, what is outstanding about Rai? Better known for his defection skills, he moved from the BJP to the Samajwadi Party and eventually to the Congress. He looks weak and unprincipled in the face of Modi’s  many boasts about how his strong character raised him from chaiwallah to top-class prime minister.

Rai is hardly a serious candidate against Modi. Appearing indecisive, even devious, he cannot mask the failure of the Congress leadership to reorganise the party over the last five years and to bring new faces of dynamic people into the party. Some had hoped that Priyanka might be that face.

Now she just looks like someone who didn’t want to fight for her principles. That is also obvious from the fact that the Congress is fielding fewer Muslim candidates against the hard communalism of the BJP in UP than it did in 2014. Lack of confidence? Risk aversion? That might work in the drawing rooms of Lutyens Delhi, to which Modi tells us he has never been invited. But risk aversion is a one of the worst choices the Congress could have made if it was serious about defeating Modi.

Anita Inder Singh is a Founding Professor of the Centre for Peace and Conflict Resolution in New Delhi. She has been a Fellow at the National Endowment for Democracy in Washington DC and has taught international relations at the graduate level at Oxford and the LSE.