In conversation with TMC's Dinesh Trivedi about BJP’s twin poll plank of nationalism and security, the changing face of Indian politics, the likelihood of a post-poll alliance in the state and more. Dinesh Trivedi of the Trinamool Congress, who served as the railway minister during the first tenure of the United Progressive Alliance government, is currently eyeing a third consecutive term in the Lok Sabha.

In Barrackpore, the constituency Trivedi represents and which went to polls on May 6, he was up against Arjun Singh – who defected to the BJP after being denied a TMC ticket. Winning from the constituency has thus become a matter of prestige for the TMC and the BJP.

The Wire caught up with Trivedi as he was on his way to meet the police observer at Barasat district headquarters.

Edited excerpts of the interview:

You have represented Barrackpore two consecutive times. Do you find the 2019 election to be different in any way from the previous ones?

I have been in politics since 1984, but I have never seen such negativity. I couldn’t imagine that the political narrative would descend to such low levels. I have seen political leaders who were concerned solely about the country. We are not saints, but we never brought politics to this gutter level. 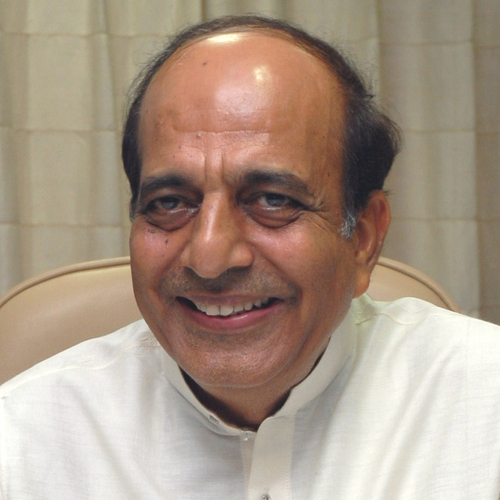 Atal Bihar Vajpayee, in one of his books, wrote how Rajiv Gandhi – after the Congress’s landslide victory in 1984 – sent Atal ji to the UN. Rajiv Gandhi knew about Atal ji’s kidney problem and that he needed good treatment. Atal ji later said, ‘My life was saved by Rajiv Gandhi.’

That was the kind of politics back then. Look where we are today.

How do you view the BJP’s twin poll plank of nationalism and security?

The BJP is blatantly using the armed forces to seek votes. The party’s leaders are using terms like “Modi ki Sena” and what not. Are we North Korea? We are a fantastic, thriving democracy. Our forces are professional. By harping on the India-Pakistan narrative, the BJP is lowering India’s image. Pakistan is not a reference point in the discourse. India doesn’t deserve this.

Pakistan wants a weak India, a weak Kashmir. Pakistan wants our Hindus and Muslims to fight each other. The BJP, unfortunately, is doing just that by carrying on with the Pakistan agenda. For a thousand years, the Mughals, Afghans and the British tried to divide India. But the BJP has done more harm in the last five years that all of them put together.

There will be winners and losers in any election. But at no point should we tarnish the image of this great nation. The BJP is sullying the image of India, the image of Hindus.

Today, because of the BJP, the Hindus have to prove they are Hindus, that they are patriots. The BJP is using Lord Ram as an election agent whereas Lord Ram resides in every individual. Ram is not only in Ayodhya, Ram is everywhere. But the BJP wants people to exhibit Ram. With nothing else to talk about, the party is ratcheting up these issues.

Media is focusing a lot on Barrackpore because of Arjun Singh’s last-minute switch to the BJP. How difficult is the fight this time?

I don’t entirely agree with the media attention on Barrackpore. The people’s choice here is simple and easy. They need to choose between development and mafia raj. People of Barrackpore know that the BJP candidate switched camps because Mamata denied him a ticket. We stand for education, healthcare, development and peace. Mafias have no place in Barrackpore. I feel the common people are treating this election as their own.

So, you are saying that Arjun Singh’s defection to the BJP won’t harm the TMC in Barrackpore?

I believe his exit from the party is hugely helping the TMC. If he didn’t leave the party, he would have, I’m sure, sabotaged the polls. He did so in 2014. Bhatpara is the only assembly constituency in Barrackpore which I lost by 2,600 votes.

Even the local BJP guys I speak with don’t like him (Arjun Singh), and they want him to lose. Modi talks of dynasty politics all the time. But the BJP has nominated Arjun Singh’s son as its candidate in the Bhatpara assembly by-poll. This has virtually pushed the BJP out of the contest.

There is no guarantee that (Arjun Singh) is going to stick around in the BJP in the future – which is the case with people who overnight switch political allegiance for personal gains. I am not saying this, it’s the local BJP supporters who are saying so. People of Barrackpore are not with Arjun Singh.

Recently, in Bhatpara municipality (part of Arjun Singh’s assembly constituency), the board successfully executed a no-confidence motion against him. The councillors who defeated him were his own men, even then they didn’t support him. This shows the BJP’s position in Barrackpore.

The BJP, no doubt, has grown as a political party in Bengal. As a TMC veteran, how much will this factor impact the election?

I don’t think the BJP is going to gain too much in Bengal. Our internal assessment reveals that they are going to lose Asansol and Darjeeling, which they won last time. The BJP’s expansion signalling a shift of votes from the Left to the BJP is a cause for concern. I feel Mamata will improve her tally this time because the bottom line is that the BJP’s Hindutva hasn’t worked in Bengal. The party could perhaps improve its vote share here and there, but that will not translate into seats.

The BJP, through various media outlets, has created the myth that it’s set to make inroads in Bengal. With all due respect to the Delhi media, not all, but many have no idea of the ground reality. They go by the whisper campaigning of the RSS and the BJP. I am not blaming the entire media fraternity, but a section of the media has become agents of the BJP.

West Bengal is likely to play a crucial role in case a coalition government is formed. How do you view such a possibility?

Mamata is going to play a pivotal role in India. People of Bengal want to see the state playing a significant role at the Centre so that the development of Bengal and of India goes hand-in-hand. When Mamata took charge, ending 34 years of Left rule, Bengal was bankrupt. Slowly with conviction and determination, she has tried to rebuild Bengal. Progress and development led by the TMC government are now visible everywhere in the state.

We have got over 30 schemes, Kanyashree being the flagship. A lot of work has been done by this government. A lot still needs to be done. From demonetisation to GST implementation, Mamata is the only person who has taken Modi on with conviction. She is not scared of anybody. The Centre tried its best to intimidate her with all the Central agencies it has at its command but failed.

Is TMC in touch with the other regional parties to consider a post-poll alliance scenario?

Yes, definitely. The party’s top leadership is monitoring developments across the country. Regional parties will play the most crucial role in deciding who forms the next government at the Centre. Right now, our primary objective is to defeat the BJP.

Do you think Mamata Banerjee is eyeing the prime minister’s chair?

What I gather is that she is not looking for any chair or position. She is fighting an ideological battle in Bengal. Her primary aim is to oust the BJP from the Centre. She is a decisive leader who wants democracy restored, federal structure fixed and institutions empowered. She single-handedly solved the Darjeeling dispute, the Jangalmahal issue. She is willing to work together with the other leaders and form a strong government at the Centre. But right now, the priority is to defeat the BJP.