Despite Ruling the State, Rajasthan Congress No Match for BJP in Lok Sabha Polls

This is the first time in Rajasthan that the ruling party in the state didn’t win a single parliamentary seat. 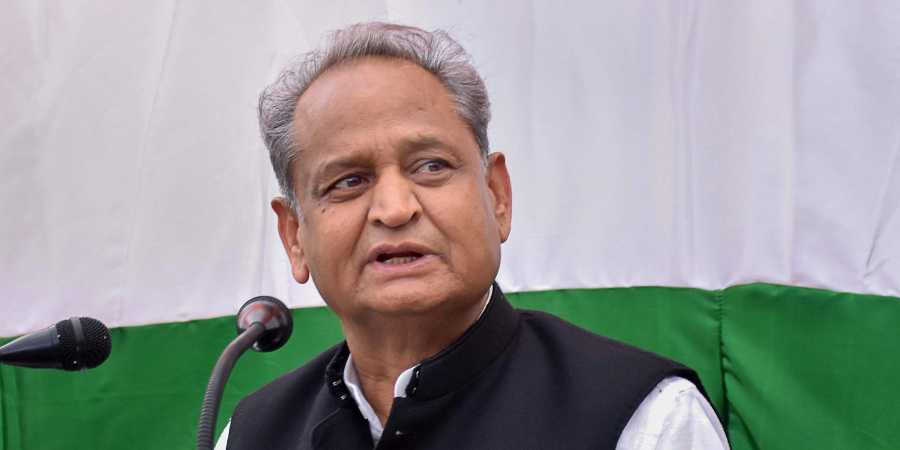 In the 2019 Lok Sabha elections, the Bharatiya Janta Party has made history in Rajasthan by not letting the Congress win even a single seat for the second consecutive time. Like the nationwide mandate in favour of the Narendra Modi government, BJP candidates in Rajasthan recorded win by even larger margins than in 2014.

After winning the assembly elections with a marginal difference of 0.23%, it was expected that the performance of the ruling Congress party in the Lok Sabha polls would improve even, if it wasn’t able to outshine the BJP.

While the Congress fielded candidates tactfully, the BJP wooed electorally important communities in the state. It formed an alliance with an emerging Jat party and also brought in the leader of the Gujjar agitation. The party also took significant steps to improve its relationship with the Rajput community, which had witnessed some damage during the previous Vasundhara Raje state government.

After coming to power, the Congress in many ways tried to imitate the BJP. Its cooperative societies’ loan waiver was more or less similar to the Raje government’s scheme. In fact, the party also resorted to the BJP’s cow-based politics by saying it would felicitate those who adopt cows on Independence Day and Republic Day. In its manifesto ahead of the 2018 assembly elections, the Congress had also promised to increase government subsidies for cow shelters.

Even when it came to showing solidarity with minorities, the party did not take strict action against the accused in numerous lynchings that rocked the state under BJP rule. Congress kept its campaign limited to its proposed NYAY initiative and corruption in the Rafale deal.

One of the most shocking defeats in the state is that of chief minister Ashok Gehlot’s son Vaibhav from Jodhpur. Vaibhav’s loss is likely to impact his father’s political career in the state.

After the Congress party came to power in Rajasthan last December, there was a tussle between Ashok Gehlot and Sachin Pilot for the top post. After thorough deliberation, Gehlot was chosen, owing to his experience and expertise in winning elections, despite the party’s poor performance under his leadership in the 2014 general elections. After another zero in the state, will the party brush aside this defeat again or give Pilot a chance?

Talk of a possible conspiracy against the Gehlots has also emerged. According to local sources, the major reason behind Vaibhav’s defeat is Congress MLA Divya Maderna’s decision to instigate the Jat community. Divya’s father is former senior Congress leader Mahipal Maderna, who was sacked in 2011 by the then Ashok Gehlot government after his name surfaced in the Bhanwari Devi abduction case. It is believed that this was a part of Ashok’s strategy to curb the growth of the Jat leadership in the party, and hence he targeted Maderna, an influential Jat leader. Since then, Jats have never shown faith in Ashok. Insiders say that Divya had openly campaigned against Vaibhav. She convinced the Jats to not support him in this election, and teach his father a lesson. Interestingly, Ashok was reluctant to field Divya from the Osian constituency in Jodhpur in the 2018 assembly elections – she got the ticket because Sachin Pilot insisted.

Another jolt was the defeat of Manvendra Singh, son of the former Union minister Jaswant Singh, who had joined the Congress just ahead of assembly elections last year. He lost the Barmer parliamentary seat, where the party had won six of the seven assembly seats in 2018. Singh had earlier lost to former chief minister Vasundhara Raje on the Jhalarapatan seat in the 2018 polls.

The Congress lost even the Alwar and Ajmer parliamentary seats, which it had won in by-elections in 2018 with considerable margins.

The Third Front as a strong contender

On the Nagaur Lok Sabha seat, BJP didn’t field a candidate this time and instead formed an alliance with a new Jat party, the Rashtriya Loktantrik Party (RLTP), which had performed fairly well in its maiden election in 2018, especially in the Nagaur region.

RLTP supremo Hanuman Beniwal has been an MLA from Khinvsar since 2008. In the 2014 Lok Sabha polls, Beniwal emerged as an obstruction to the Congress party by securing 1,59,980 votes as an independent candidate, when the party required 75,219 more votes to win. This time Beniwal secured 6,60,051 votes and won the seat.

In the tribal belt of Banswara, the Bhartiya Tribal Party (BTP) may have played spoilsport for the Congress party by securing a total of 2,50,761 votes against BJP’s 7,11,709 votes and Congress’s 4,06,245 votes. The tribal party had won two seats in the assembly polls last year.

A big win for BJP candidates

Whether a reserved constituency, an agriculture-dominated region or a border area, the BJP registered a big win from all seats in the state. This is being attributed to the “invisible” Modi factor that appealed to voters more than the limited election narrative of the Congress.

While on the one hand, chief minister Ashok Gehlot couldn’t ensure his son’s victory from his bastion, on the other, Raje successfully reinstated her son Dushyant Singh as MP from the Jhalawar-Baran seat for the fourth time.

Diya Kumari, former BJP MLA and a member of the erstwhile Jaipur royal family, also won the Rajsamand seat in her first Lok Sabha elections with a thumping margin of 5,51,916 votes.