Election Drums Are Yet to Fully Rumble in Assam

The Asom Gana Parishad's scandalous turnaround on the question of an alliance with the BJP will make it difficult for the party to reclaim its regionalist credentials. 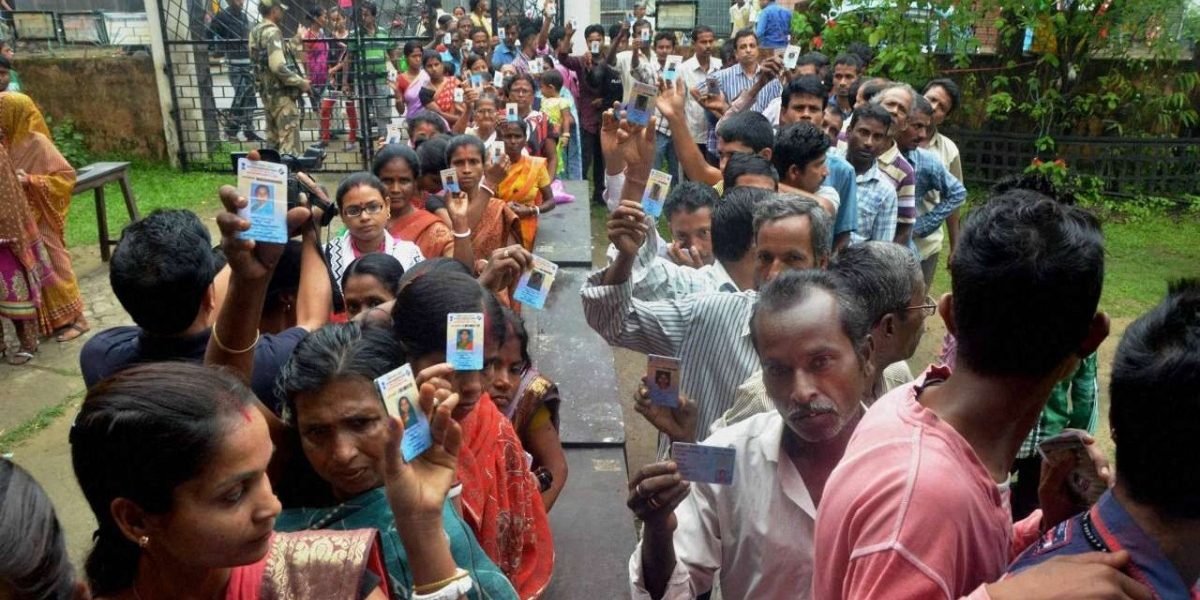 With less than two weeks to go, parties in Assam are setting out their war-drums but are not yet prepared to go full-steam ahead.

Both the Bhartiya Janata Party and its foes are taking no chances in fielding their candidates. In what is shaping up to be a decisive election, the opposition understands that there may be no ‘next time’. Against this backdrop, the decision of Left parties to field their candidates in two or three constituencies appears odd given their proclaimed policy of not dividing the anti-BJP votes. Their grouse seems to be that Congress has not talked to them even once. Yet it is the wrong time to nurse grievances. There may not be a next time.

It is well known that the BJP, with fervent support from the Rashtriya Swayamsevak Sangh, has a well-oiled election machinery ready to go full-throttle to swing voter support. It has conducted micro surveys of ground-level economic conditions, caste and community equations while arming itself with bagfuls of sops – whether legitimate or otherwise – as well as formulas to stoke community sentiments, solely for the purpose of winning elections.

The BJP has a large IT cell working overtime. Of course, being in power at the Centre and state gives it an advantage that the Election Commission is doing precious little to combat in order to create a level playing field. With this, no other party has such an instrument to come to its aid at this juncture.

The Congress has always depended on chains of patronage that reached down to the grassroots. But ultimately it depended on the availability of funds – both public and private. Of late, these funds have dwindled, for obvious reasons. The only hope is that, with national and state policies arousing popular dissent over the past five years, the sops raining down from above for the last six months will not be enough. Much depends on how the opposition can push this against the ruling party.

People who believe they have overcome colonialism by cleansing their minds and discourse of its hangover forget that it is no verbal mirage but a very real force holding sway by powerful institutions and the threat of arms. The neo-liberal economy, put in place under various high-sounding slogans, has, as its end-product, millions of stressed and terribly impoverished people who find their identity as producers and active political agents in peril.

Also read: BJP is Replicating the Shiv Sena-Model in Assam. This Should Worry the AGP

Managing the consent of the masses for maintaining their exploitation is the secret of governance in developing countries. At the moment, among the major parties with a country-wide base, the BJP appears to be the best bet for neo-imperialist forces as a compliant ally to open up every field of the economy to unhindered exploitation. The only caveat is whether it can ensure stability and a quiescent population for such exploitation.

People are kept celebrating festivals careless of tomorrow, sustained by a plethora of small doles and further promises. This reminds one of Roman patrician rulers fattening slave labour and placating the milling plebeians with ‘panem et circenses‘ (bread and circus). By and large, bread and butter issues are, once again, rising to the surface slowly. The Pulwama effect is wearing off.

The BJP – with usual panache – orchestrated months ahead of the polls a ‘national debate’ on the perils of welfare schemes and benefits of cash transfers, and just before the polls, hey presto! It is holding out rice at one rupee per kilo, LED bulbs and direct transfer of small amounts of cash to the pockets of the poor and needy. The broad picture is vital for a correct assessment over and above a sectoral approach to inequalities and oppressions in different fields.

Both, the BJP and the Congress, have been tardy in officially naming their candidates for 10 parliamentary constituencies in Assam. The BJP is faced with the so-called anti-incumbency factor, compounded by their MPs from the state playing a somnolent role in parliament in an environment where the PMO decides everything, wherein they have become part of a chorus crying hosannahs to such decisions.

The RSS, which believes it is in the driver’s seat, insists on influencing the selection of candidates – sometimes in the teeth of resistance from the party’s popular base. The RSS now has a large following of neophytes, including the star convert Himanta Biswa Sarma. Some old stalwarts have been put in the shadows, and a few have left in a huff. The RSS seems to be naming candidates of its choice in the constituencies where it has organised bases of some sort.

The Congress was decimated in the 2016 elections, but popular dismay and anger against the BJP for such solemnly imposed shackles, such as GST and demonetisation, has helped it somewhat to regain lost ground. But the party’s style of functioning, which saps local initiative and mobilisation, has prevented it from acting independently within the limits of a broad party programme, and has made it difficult for it to seize the initiative.

There is a scarcity of known faces as well as people who have earned credibility with the local electorate. Those who are known are, at times, left in the lurch by various other factors like regional rivalry, caste considerations and the high command’s approval. The Congress is yet to announce candidates in some  constituencies. Further delay as well as the choice of wrong candidates may harm its chances. It is certain that religious minorities are today solidly in its favour, putting AIUDF in the shade, for obvious reasons.

The BJP’s  war cry has been Congress corruption. However, people now take it with a pinch of salt as the masterminds of such rackets are today in the BJP, and washed clean by the holy water of the Ganga, striking holier-than-thou poses. Besides, people had a clear hunch that the old rackets have not really stopped but instead now have RSS certification. The recent exposure of a massive job racket in the Rural Development and Panchayat department – giving instant appointments to a very large number of BJP and RSS members and supporters – has lifted one corner of the veil.

The role of the Asom Gana Parishad has come under a cloud of bizarre developments: the renewal of its alliance with the BJP after the uproar about the Citizenship (Amendment) Bill. The two parties had fallen out over it and the AGP, after apparently holding on to hopes of a last minute withdrawal or suspension of the bill, had severed its links with the BJP, calling it a great betrayal of trust,

However, the BJP had made no secret of its resolve to push the measure through. The AGP took out a huge procession in Guwahati, which was joined spontaneously by many sympathisers and well-wishers, and held a public fast to cleanse its soul of the sin of allying with evil. But when the attempt stalled – in what was anyway unlikely to have succeeded in view of determined opposition by the Congress and some BJP allies – and the furore gradually died down, the AGP president and former minister Atul Bora started talking about electoral arrangements without batting an eye.

It was difficult to talk openly of lock-stepping with the BJP as workers at the grassroots were fiercely opposed to it. A nine-member committee was formed with much fanfare to deliberate over the choice of allies for the Lok Sabha elections. But in a matter of days, an alliance with the BJP was rushed through and the three former ministers flew to Delhi to seal the deal.

The news not only surprised and dismayed everybody, but workers expressed their outrage by storming the district offices of the AGP. These leaders have been roundly condemned by the local press and ridiculed by common men and women. It now turns out that six out of the nine members of the committee had never been informed of the meetings where the fateful decision was taken. Prafulla Mahanta, founder-leader of the AGP and twice chief minister of the state, had consistently and stoutly opposed the alliance.

He has also revealed that the party constitution mandates convening  the general body of the party to endorse such a major policy decision. It is unlikely that the AGP will be able to claim for itself credentials of regionalism after this scandalous turnabout. It is also pointed out by knowledgeable people that the chief minister had never forwarded the resignation letters of the three AGP ministers to the governor. He had kept them in his drawer, ready to be handed back to the three luminaries when they duly returned to the fold.

As for now, this is the present electoral situation in Assam. The Barak Valley, which has two seats, will be equally divided between the BJP and Congress. The two tribal seats are under a haze, though the BJP and its allies may have an edge. The ten seats in the Brahmaputra valley will, at most, be equally divided, though if the Congress plays its cards well, it may have a better score. But its lack of funds is an open secret and elections in India are becoming an expensive affair. The management of elections has become a risky venture where financially strong parties hold an advantage. That must change if the voice of the people is to be really heard in the capital.