As per news reports, Adhikari on March 29 delivered a speech in Nandigram referring to one 'Begum', telling the audience that voting for his political opponent means voting for a 'mini-Pakistan'. 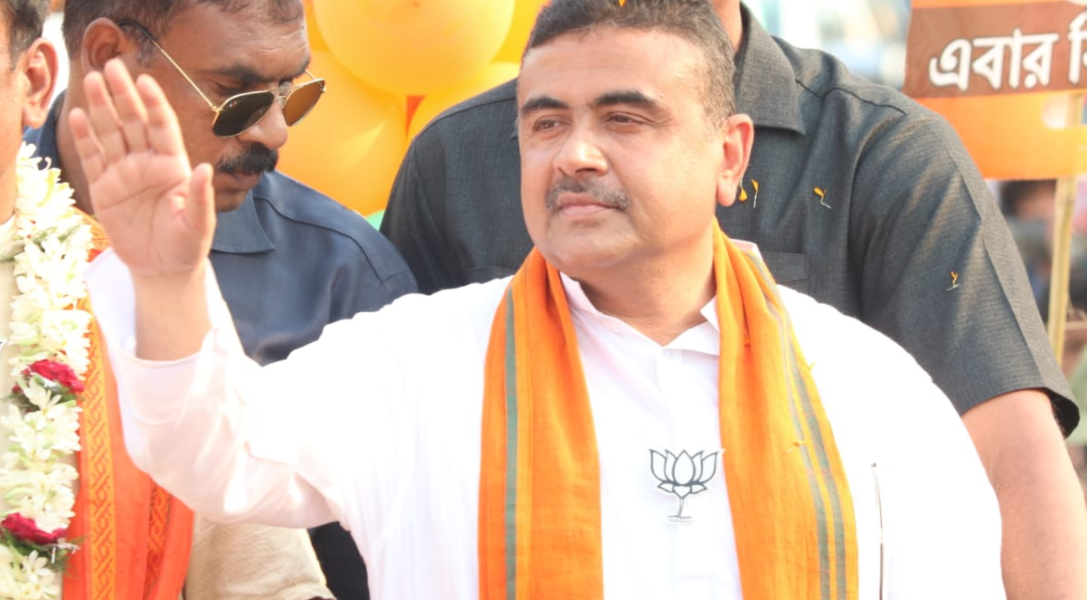 New Delhi: The Election Commission (EC) on Thursday issued a notice to Suvendu Adhikari, the Bharatiya Janata Party (BJP) candidate from Nandigram in West Bengal, for alleged communal overtones in his speech made last month.

He has been asked to respond to the notice within 24 hours, PTI reported.

The notice said the poll panel received a complaint from Kavita Krishnan of Communist Party of India (Marxist-Leninist) (CPI-ML) Central Committee in which it was alleged that on March 29 Adhikari delivered a “hate speech” in Nandigram while addressing a public meeting.

According to Hindustan Times, Adhikari on March 29 delivered a speech in Nandigram referring to one ‘Begum’, telling the audience that voting for his political opponent means voting for a ‘mini-Pakistan’.

The Wire had reported that Adhikari’s speech in Nandigram was centred around words like ‘Pakistan’, ‘begum’ and ‘Eid’ – leading to a campaign targeted at communal polarisation.

“If begum comes back to power, the state will turn into a ‘mini-Pakistan’,” Adhikari had said, clearly referring to chief minister Mamata Banerjee.

“Mamata regularly says ‘Eid Mubarak’, it has become a habit of hers. So much so that, on the occasion of Dol (the spring festival in Bengal, usually preceding Holi), she wished everyone ‘Holi Mubarak’,” said Adhikari, before making the ‘mini-Pakistan’ reference.

On March 27, while speaking at a public meeting at Daudpur in Nandigram, Adhikari said, “Never have I seen Pakistanis’ hooliganism in Nandigram before now…Nandigram needs to take stand. Will it vote for begum and ultimately make Sufian stronger?”

According to PTI, the EC referred to two provisions of the Model Code of Conduct which state that criticism of other political parties, when made, shall be confined to their policies and programmes, past record and work. Criticism of other parties or their workers based on unverified allegations or distortion shall be avoided.

Another provision states that there shall be no appeal to caste or communal feelings for securing votes.