Syed Shuja, who didn't provide any evidence to back his claims, also alleged that BJP Union minister Gopinath Munde and journalist Gauri Lankesh were killed for threatening to expose the government.

London: A press conference organised in London alleging EVMs in India are easily hackable and had been tampered with in the 2014 general elections has been called a “motivated slugfest” by the Election Commission of India.

The ECI said it “stands by the empirical facts about the foolproof nature of EVMs” and claims that EVMs are manufactured under “very strict supervisory and security conditions”.

Election Commission: It has come to our notice that an event claiming to demonstrate EVMs used by ECI can be tampered with,has been organised in London. ECI has been wary of becoming a party to this motivated slugfest & stands by empirical facts about foolproof nature of ECI EVMs pic.twitter.com/bACXaDfzqN

The EVM event in London was organised by the Indian Journalist’s Association (Europe) whose president Ashis Ray stated in the beginning that the organisation neither endorsed nor had verified the claims that were made. Congress leader Kapil Sibal also attended the event but did not participate or speak during the proceedings.

The wild allegations raised at the press conference were made by a masked man who identified himself as ‘Syed Shuja’, a US-based cyber expert.

Shuja, who addressed the audience through a Skype call, claimed to have worked with the Electronics Corporation of India from 2009 to 2014.He alleged that when his team discovered that the Narendra Modi government came to power by hacking EVMs using technology available to Reliance Jio, many of his team mates were “murdered” while he escaped to the US and claimed political asylum there.

According to him, his team was targeted as they had become a threat to the government and were then fired upon point blank.

Also read: The Election Commission Must Do Much More to Live up to Its Mandate

Shuja confessed that political parties of every hue have tried to contact them to rig elections, but according to him, there is a team of cyber experts in India that is working tirelessly to block any hacking efforts. Shuja claimed to be in touch with the team and said that it found success in the recent elections in Chattisgarh, Madhya Pradesh and Rajasthan where the BJP suffered.

Shuja said that he conducted this press conference to create awareness on how easy it is to manipulate elections in India. 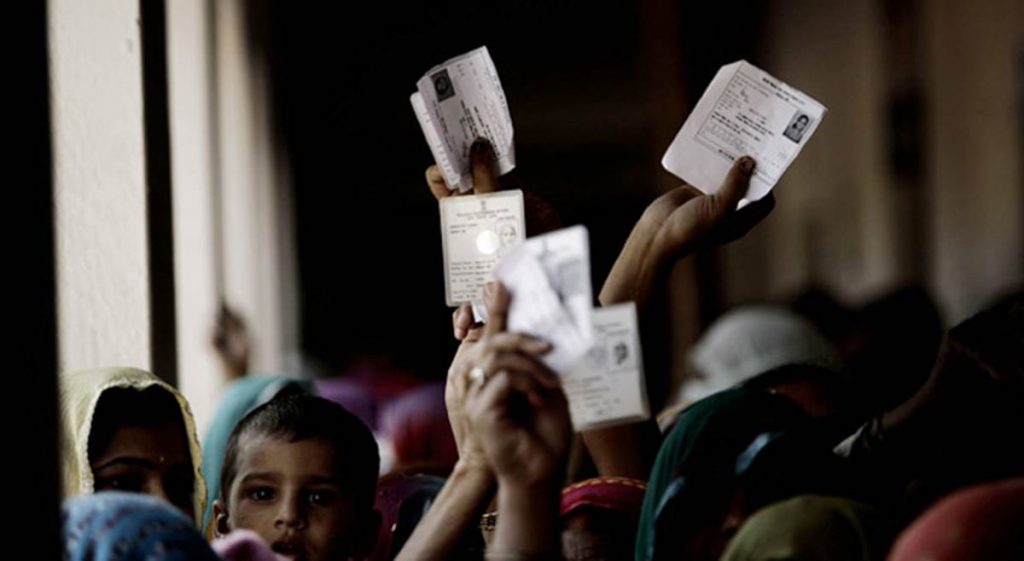 Speaking to journalists in London through Skype from the US, Shuja made several allegations but failed to provide any evidence to back them.

He alleged that Gopinath Munde who served in Modi government as a minister was a party to the EVM hacking in 2014 elections and then threatened to expose the government but was killed as a result. Munde lost his life in a road accident in June 2014.

Also read: SC Notifies EC on Plea Seeking Cross-Verification of Votes in 30% of All Polling Booths

Shuja also alleged that the reason for the murder of Gauri Lankesh, a veteran journalist who was brutally shot outside her home in September 2017, was a result of her investigations into EVM hacking (he says she told him she was close to publishing that story) and had made some RTI requests in that regard that alerted the government.