They insist some leaders are taking advantage of loopholes in the model code of conduct to appeal to the electorate. 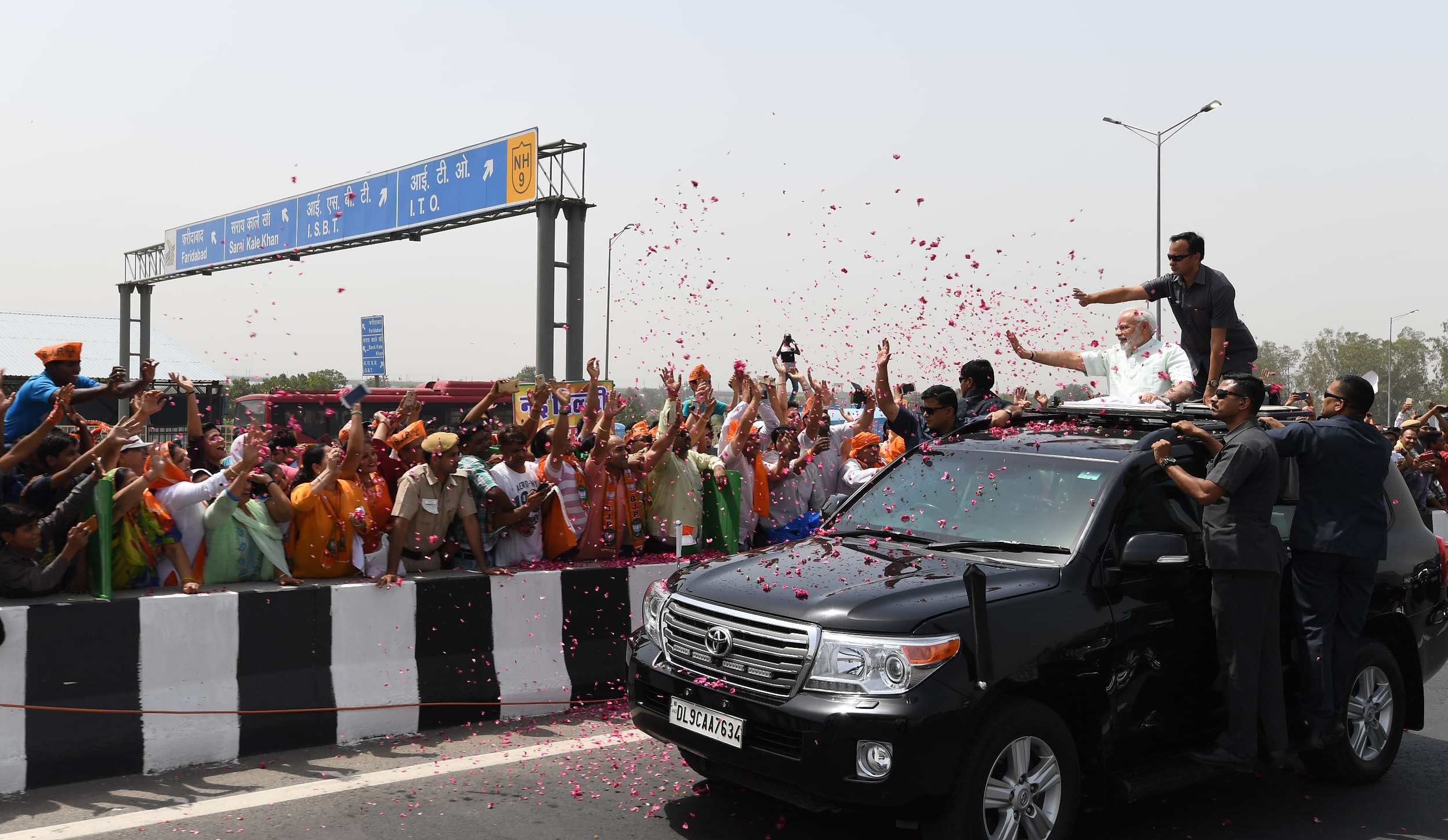 Prime Minister Narendra Modi during the inauguration of the Delhi-Meerut Expressway in Delhi on May 27, 2018. Credit: PIB

New Delhi: Prime Minister Narendra Modi appears to be timing his temple visits, political speeches and inauguration of infrastructure projects with crucial elections in states and parliamentary constituencies, which has not gone down well with several former chief election commissioners (CECs).

They believe the prime minister is exploiting loopholes in the law, and while these actions may not violate the model code of conduct in letter, they do so in spirit. The former CECs are of the view that the Election Commission should call a meeting of all the political parties to impress upon them the need to desist from such wanton unethical acts.

The day after campaigning ended for the recent Karnataka assembly elections, Modi flew to Nepal and offered prayers at different temples for two successive days – including on May 12, the day of voting in the state where the issue of Lingayat religious identity and the polarising religious politics of various parties was at play. Several political parties had then objected to Modi’s actions, terming them unethical and aimed at influencing voters in the large state. The BJP had countered the allegations, saying the prime minister was in a different country and that the episode had nothing to do with the state elections.

Exactly a fortnight later, on May 27, the prime minister again did what he does best – use the technical flaws in polling laws to bend outcomes his way. On the eve of voting for the by-polls in the sensitive Kairana constituency in western Uttar Pradesh – which had come into limelight in 2016 after then BJP MP Hukum Singh had stirred a controversy by alleging that 346 Hindu families had migrated from the Muslim-dominated constituency – Modi inaugurated the much-delayed Eastern Peripheral Expressway and then addressed a public meeting in Baghpat.

As Modi during his speech addressed issues important for the area, like sugarcane prices and benefits planned for farmers, the opposition complained to the EC about a possible violation of the model code of conduct. For the opposition too, Kairana is a test as the Congress, Samajwadi Party and Bahujan Samaj Party have come together to support Rashtriya Lok Dal (RLD) candidate Tabassum Hasan against BJP’s candidate and Hukum Singh’s daughter, Mriganka Singh, who has been fielded by the party following her father’s demise in February.

In fact, even before the Baghpat meeting, the RLD had urged the EC to prevent Modi from addressing the gathering there, but their demand was turned down.

Apart from appealing to the people through his speech, Modi had during the day also interacted with Ujjwala beneficiaries and all his actions were publicised widely through the NaMo app and by the media, leading to accusations of it being aimed at the electorate in Kairana.

All former CECs the The Wire spoke to agreed that his actions were “avoidable” but insisted that they did not see them to be a legal wrong.

‘Political parties are the weakest link in our democracy’

On whether the prime minister could have avoided inaugurating the expressway or making a political speech in Baghpat or interacting with the masses with his NaMo App during the day, and if the EC can make an appeal to senior political functionaries to desist from such actions, former CEC T.S. Krishnamurthy asked: “Do you think the political parties are so ethical today?” He insisted that “Unfortunately, our political parties are the weakest link in our democracy.” 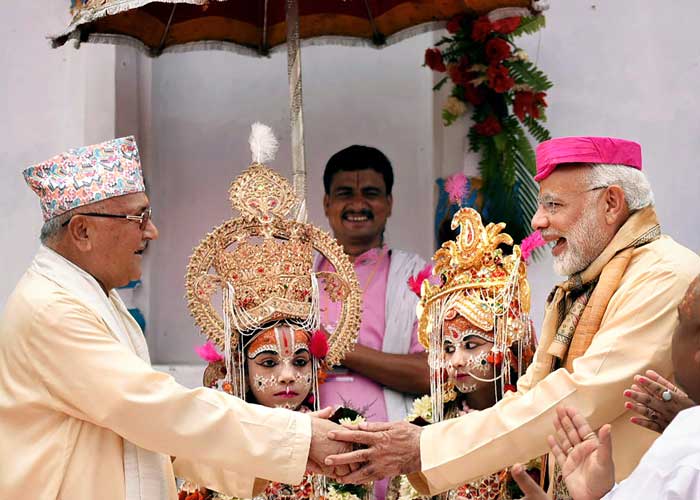 Overall, Krishnamurthy said, “All parties are guilty of this. So if you ask me ethically, it is difficult to answer this.” He said that the fact remained that “legally”, loopholes did exist in the law. “I know of a state leader who took a state helicopter to go to the state border and then took a car to cross over into the adjoining state which was going into elections.”

The former CEC said, “in by-polls the model code applies only to that constituency. I agree theoretically that these days the information gets passed on easily and it may look that there is a violation, but you have to find a practical solution. If you say there is a by-poll and so the whole country should be under a model code, it would not be feasible or practical.”

He said the EC has always been saying that when there is a by-poll, the code of conduct applies only to that constituency. “This may look a little illogical but it is also practical. Otherwise, you cannot impose the model code for a by-poll on the whole state or the country.”

‘Model code has assumed the role of a moral code’

Another former CEC, S.Y. Quraishi, said, “The model code has assumed the role of a moral code” and now “it has ethical dimensions and I think it should be followed not only in letter but also in spirit”.

“In this electronic age,” he said, “when 24×7 channels are running, these kind of model code violations, at least in spirit, have become some kind of a grey area. Suppose if a leader gives public speech outside the constituency, obviously it would be heard in the constituency as well.”

‘Some leaders taking advantage of loopholes’

The Election Commission, he said, keeps making appeals to parties to desist from unethical actions but what they have not done so far is come down heavily on the violations. “I suppose they should start launching proceedings,” he said, adding that the EC should focus more on direct violations.

But as for unethical practices, Quraishi wondered, “What the EC can do when party leaders try to influence the electorate from outside the constituency or the state?” In such cases, he said, “It becomes more a question of interpretation that a leader is going on an international trip and during that he is going to a temple. So tackling that would be a little far-fetched I think.” However, he added that “Some leaders are taking advantage of these loopholes.”

But when it came to prime minister’s political meeting at Baghpat, close to Kairana, Quraishi said, that was “highly avoidable”. “Also, I believe these polls should have been held with the Karnataka elections. Why were these elections not held together, so that the issue of imposition of model code applying to the Centre would not have arisen within just a month?”

‘Time to have a policy for social media as well’

Another former CEC, who did not wish to be named, said it is clearly unfortunate that the spirit of the model code is being violated in this manner. But, he said, it was high time that the EC called an all-party meeting to also decide on the role of social media at the time of polls. “The model code was thought of in the 1960s and at that time no one could have perceived that the reach of electronic media and social media would be able to impact electoral outcomes like this.”

In this regard, he said, the presidential polls in the US are a case in point, where social media impacted Hillary Clinton’s fortunes. Likewise, he said, the tapes and transcripts shared by Julian Assange of WikiLeaks were widely circulated on social media despite a government crackdown in several places.

In such a scenario, the former CEC said there is an urgent need to recognise the reach and impact of social media and devise an official strategy so that it does not become a tool for violating the model code of conduct. However, he said, he was against the idea of banning social media use in constituencies going to polls. “It is a different matter that district administration usually blocks social media in times of unrest or violence, but this strategy cannot be used a tool at the time of elections.”