Devang Dave, a BJP youth wing activist was hired by the Maharashtra state election office to disseminate information about the 2019 state election. 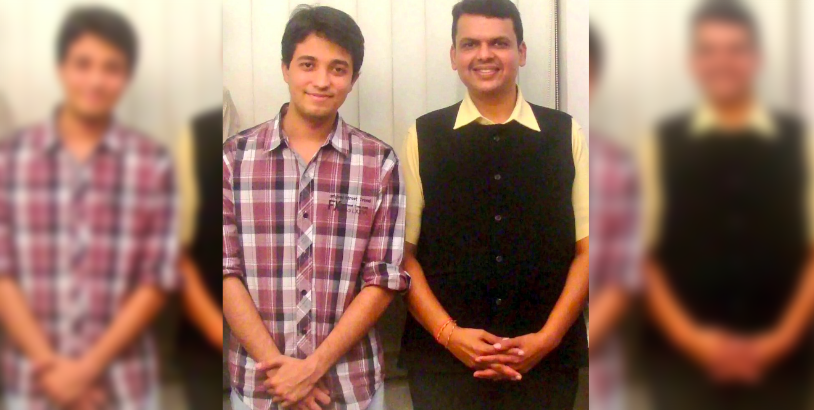 Mumbai: On July 23, activist and former journalist Saket Gokhale took to social media to allege that the Maharashtra chief electoral officer (CEO) had hired an advertising company that allegedly had a direct link with the BJP.

The company called Signpost India, Gokhale claimed, belonged to Devang Dave who is the national convener of IT & social media for BJP’s youth wing.

The post generated enough stir on social media and the Election Commission of India soon ordered for an inquiry into the Maharashtra CEO’s selection of Dave’s company. “Regarding tweet of Mr Gokhale @SaketGokhale, the commission has sought a detailed factual report in this matter from CEO Maharashtra with respect to the alleged locale of the incidence immediately,” the ECI spokesperson, Sheyphali Sharan, wrote on Twitter.

Regarding tweet of Mr Gokhale @SaketGokhale, Commission has sought detailed factual report in this matter from CEO Maharashtra with respect to alleged locale of the incidence immediately.

In a series of tweets, Gokhale had sought to show the direct link between Dave, BJP and the Maharashtra election office. According to the screengrabs posted, Dave had been closely involved in disseminating information about the 2019 state election.

Dave’s company had been hired to handle the Election Commission’s Systematic Voters’ Education and Electoral Participation (SVEEP). During the election, Signpost India was responsible for raising awareness about the election on the state election office’s social media pages, and through newspapers and hoardings to promote a healthy attitude among the electorate.

This raises concerns since Dave has a direct link with the BJP and is in fact an office-bearer of the party’s youth wing. Dave is also the national convener of the information technology (IT) and handles the social media cell of the BJP’s youth wing.

We look forward to see you as CM of Maharashtra again very soon pic.twitter.com/ft4nVmABza

The state CEO has, however, claimed that during election, dissemination work is outsourced to a third-party company. “Whether or not the company is empaneled with the government is not such a big concern,” the official said.

But when asked if Dave’s direct association with the then ruling party was not concerning for the CEO, the official claimed that the work was “non-political” in nature. The official also added that several celebrities are roped in during elections and they may or may not have publicly associated with a political party.

Gokhale has meticulously looked at Dave’s company website, and pro-BJP websites like “The Fearless Indian” and the “I Support Narendra Modi” page and identified the identical agency address associated with each of them. He linked each of his tweets with Dave’s Facebook pages. The social media site makes it compulsory for political advertisers to disclose their identities, including the agency’s local address. That way, Gokhale was able to draw direct connections.

Dave was contacted for his comment on the allegation but he did not respond.

“The address 202 Pressman House was also used by a digital agency called “Social Central”. This agency is owned by Devang Dave who is the national convener of IT & social media for BJP’s Youth Wing @BJYM. Guess who shows up on his client list on his website,” Gokhale asked on Twitter.

This agency is owned by Devang Dave who is the national convener of IT & social media for BJP’s Youth Wing @BJYM.

The Congress party has sought for an independent probe into the election and has accused the state election commission of “conflict of interest” by hiring a firm with direct links with a political party. The party’s spokesperson Sachin Sawant said the links have raised questions about how independent the Election Commission is. “An independent probe needs to be done into the matter immediately,” he said.