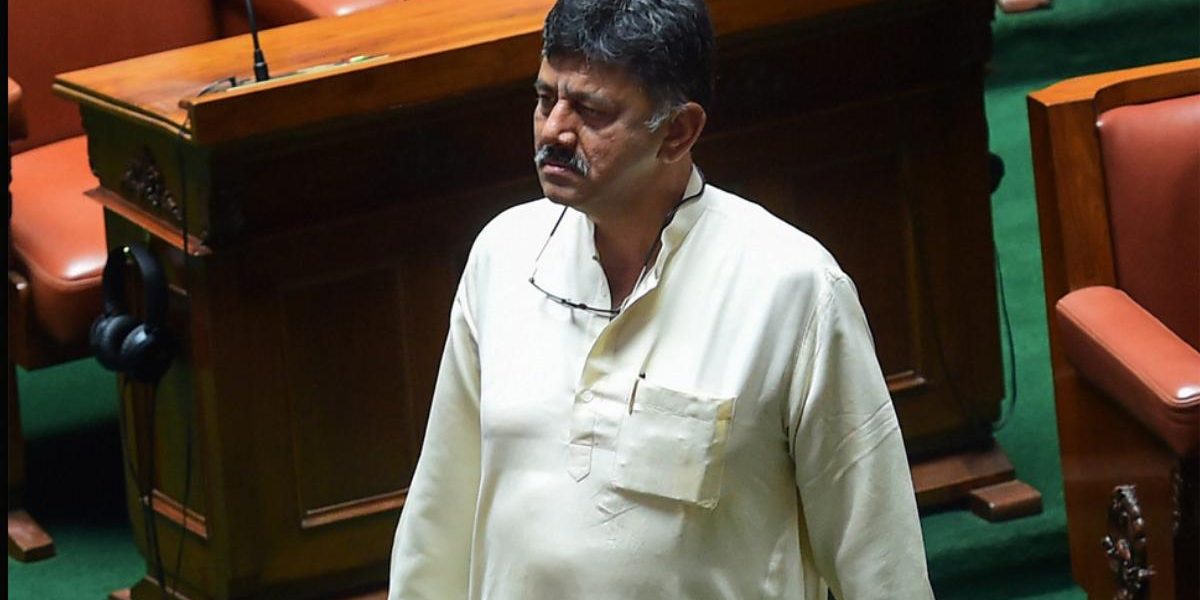 New Delhi: Karnataka Congress chief D.K. Shivakumar “devised a well-planned criminal conspiracy” with four of his aides to allegedly hide unaccounted cash worth crores that was seized by the Income-tax department from premises linked to him in 2017, the Enforcement Directorate (ED) has said in a recent charge sheet filed against him under the anti-money laundering law.

The about 60-pages prosecution complaint was filed by the federal agency before a special Prevention of Money Laundering Act (PMLA) court in Delhi on May 24.

The case dates back to August, 2017 when the I-T department carried out searches at multiple premises in Delhi as part of an alleged tax evasion probe against Shivakumar, his alleged business associate and liquor trader Sachin Narayan (45), another associate Sunil Kumar Sharma (46) who operated a fleet of luxury buses, 49-year-old Karnataka Bhawan (Delhi) employee A. Hanumanthaiah.

A total cash of more than Rs 8.59 crore (Rs 8,59,69,100) was seized by the tax department during the searches out of which over Rs 41 lakh has now been adjusted as tax liability of Shivakumar and over Rs 7.58 lakh as that of Sharma after they claimed the money as their agriculture income and business income respectively.

The I-T department later filed a charge sheet before a Bengaluru court on charges of tax evasion against all the accused and the ED took cognisance of this complaint to file a money laundering case in 2018.Shivakumar, after the raids, had asserted in 2017 that his “instrumental role” in ensuring safe stay of Gujarat Congress MLAs in a Karnataka resort during the Rajya Sabha polls in 2017, amid allegations that the BJP was trying to poach them, was the reason for the tax department action.

Describing the role of 60-year-old Shivakumar, a former cabinet minister of Karnataka, the ED said he is the “main accused involved in process/activity related to money laundering who converted his tainted money into untainted money/property etc. and devised a well-planned criminal conspiracy to hide the source of such trained cash with active participation and help of other accused”.

Shivakumar, it alleged, was “involved in influencing witnesses directly or indirectly as A. Hanumanthaiah and Rajendra N in their statements given during the I-T search proceedings clearly stated that the seized cash belongs to D K Shivakumar”.

It said the “fact about ownership” of cash was also confirmed by them in post search proceedings before I-T authorities and it is well corroborated with the material evidences. However, after about seven months they retracted their statements and the retraction was filed by both on the same date without furnishing the substituted and credible material for such retraction.

The ED said the “purpose of retraction is just to create a legal facade during prosecution proceedings before the special court.”

The agency linked the four other accused saying they “assisted” and “helped” the Congress leader in “concealing” the proceeds of crime.

It said Shivakumar “influenced his associates to own up his unaccounted cash so that he being a public servant does not come under the scrutiny of law.”

Out of the total seized cash, Rs 6,61,26,000 was recovered from the bed room of a flat located in the Safdarjung Enclave area of Delhi and the ED said the room was “controlled” by Shivakumar.

On questioning, Hanumanthaiah stated before the agency that Shivakumar “used to give him Rs 1-1.5 lakh every year”.

A. Hanumanthaiah, it said, was “actively involved in handling of proceeds of crime of Shivakumar and was involved in collection, storage and delivery of cash”.

Talking about Narayan, the ED charge sheet said he owned up Rs 1.37 crore recovered from his flat but “belonging” to Shivakumar, and was unable to substantiate the generation of cash with documentary evidence.

Narayan “offered” this amount for taxation by I-T authorities “to protect D K Shivakumar”, it alleged.

Making similar charges against Sharma, the ED said he “knowingly assisted D K Shivakumar in concealing the unaccounted cash…” and claimed he was moving illegal cash of Shivakumar so that it can be “utilised in political activities”.

Shivakumar, as per the charge sheet, recorded his statement before the ED in 2019 saying an amount of Rs 41,03,600 seized by the tax authorities from the Safdarjung Enclave belonged to him and was accumulated out of his agriculture income.

“When D K Shivakumar was asked about his agricultural activities, he could not even provide basic details on income, expenses, land details,” the ED said.

It said during the course of proceedings before the I-T department and the ED, the Congress leader “could not produce any evidence in support of Rs 40 lakh on account of agriculture income and it is established beyond doubt that there is no other source of cash except for unaccounted cash of D.K. Shivakumar”.

It said this cash (of over Rs 41 lakh) was “unaccounted and accumulated at Delhi as a result of hawala activities of the co-accused on the directions of Shivakumar”.