The party's general secretary Sitaram Yechury said the move was both "surprising and shocking". 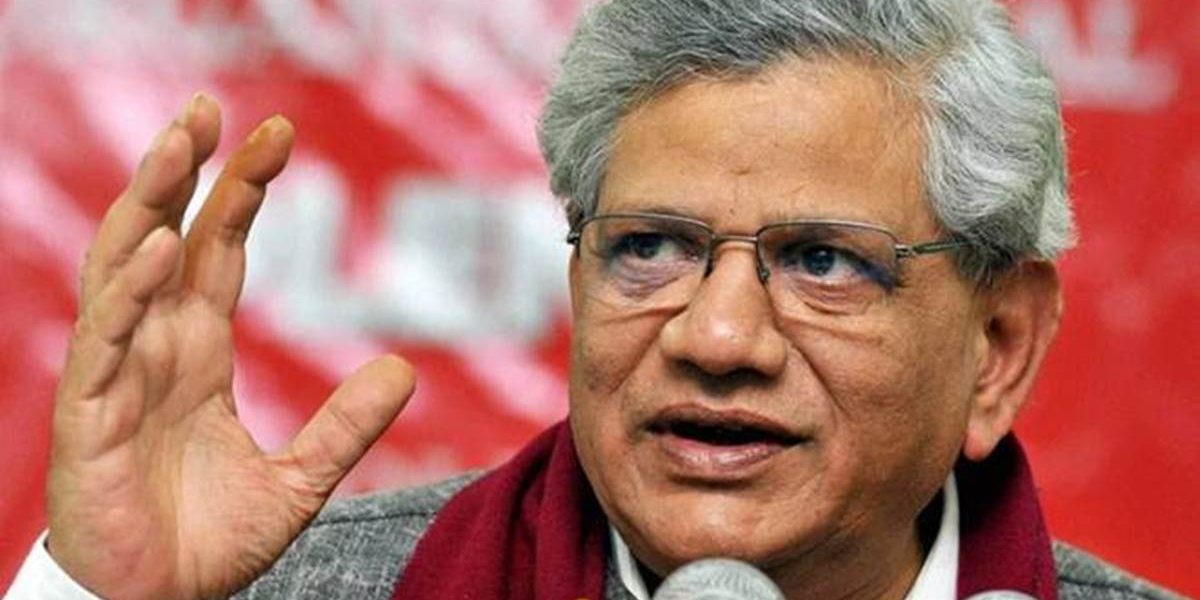 The general secretary of the CPI(M), Sitaram Yechury. Photo: PTI

New Delhi The CPI(M) asked the Election Commission (EC) on Friday to call an all-party meeting before deciding on any changes in voting procedures, amid a proposal by the poll body to permit NRIs to cast their votes through postal ballots.

In a letter to the EC, CPI(M) general secretary Sitaram Yechury said the move was both surprising and shocking.

“ECI must call an all party meeting adhering to the practice since independence before making major changes in voting procedures, like the current proposal for NRI voting,” he said. “Lately, ECI has not been adhering to its practices on upholding democratic culture.”

“We are surprised and shocked to come across media reports that Election Commission has forwarded a legal framework for facilitating the voting of overseas Indians/NRIs to exercise their franchise in the upcoming assembly elections in Assam, West Bengal, Kerala and Pondicherry,” Yechury said.

“Our sense of shock flows from the blatant departure from the conventional modus operandi adopted by the Election Commission of consultations with political parties before finalising issues of such major import,” he added.

No reaction was immediately available from the EC on the matter. The commission has proposed last week to extend the electronically transmitted postal ballot system (ETPBS) facility, so far available to service voters, to eligible overseas Indian voters.

It requested the Centre to make necessary amendments at the earliest “which will go a long way in not only facilitating exercise of right of overseas electors but also further boosting image of the country internationally”.

The CPI(M) leader said the party had suggested the setting up of polling booths at India’s embassies and other facilities in different foreign countries to permit Indian citizens to cast their votes in those countries where they are currently residing. “This practice is followed by many democracies in the world and conforms to the practice of physical verification of the voters,” he said.

The EC had first taken up in 2014 the proposal to permit non-resident Indians (NRIs) to cast their votes. It had held an all-party consultation to discuss the possible methods to set up a full-proof mechanism to ensure a free-and-fair poll as the NRI voters are concerned.

Subsequently, the Supreme Court also upheld the rights of the who are Indian passport holders to be able to more meaningfully participate in the democratic electoral process. A bill to extend the facility of proxy voting to overseas Indians had lapsed with the dissolution of the 16th Lok Sabha.

“The ECI’s letter to the Law Ministry now proposes to give postal voting rights not proxy voting to NRIs. This means the government only needs to amend the Conduct of Election Rules 1961. It doesn’t require Parliament’s approval….The current reported proposal of the ECI has never been discussed at an all-party consultation as is the normal practise and a well-established precedent. It is clear that none of the alternatives which were part of the study of the expert group commissioned by the ECI in 2015 to draw up a concrete proposal could come up with a full proof arrangement,” he said.

The CPI(M) is of the firm opinion that the Election Commission should immediately convene an all-party meeting at the earliest for deliberating the complex issues involved in the effective extension of voting rights to NRIs, before moving further, he added.