EC Announces Final Poll Percentage of 62.59% for Delhi Elections, a Day After Voting Got Over 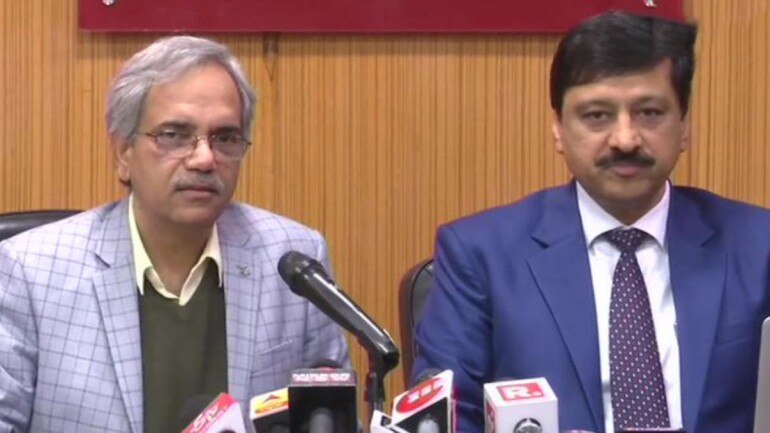 On the delay in the announcement of final turnout, which led to AAP leaders asking probing questions, Singh said that the returning officers were busy with work and that is why the final announcement got delayed.

He said the EC wanted to come with the exact numbers and that is what led to the delay. Saxena added that the turnout of female voters was 62.55%, while that of males was was 62.62% .

All the exit polls last evening showed the Aam Aadmi Party headed for a complete majority in Delhi securing over 50 per cent of the votes in most surveys.

However, BJP leaders, including Delhi unit chief Manoj Tiwari, had claimed that all exit polls would fail. He insisted that these polls reflected the survey details of up to 3 PM but the voting had continued till well past 6 PM as there was a late surge of voters.

But as there was a delay in the declaration of final poll turnout details, Kejriwal questioned it and asked: “Absolutely shocking. What is EC doing? Why are they not releasing poll turnout figures, several hours after polling?”

He also retweeted a tweet by Delhi minister Satyendar Jain which asked why polling data had not been released even 22 hours after voting ended.

AAP national spokesperson Sanjay Singh also quipped that it was probably the first time in the India’s history that the Election Commission was not ready with the turnout details 20 hours after voting got over.

The election officials responded saying that “data being revised, final polling percentage will be made public by today evening.”

“This data comes from polling station. It is provided by Presiding Officer under Form 17C,” Singh said, adding that compiling the data took long.

On the issue of unusual delay in releasing the final voter turnout of #DelhiElections, Election Commission official claims it's not unusual. CEO, #Delhi says they did not want to speculate and wanted to give exact figures. Also adds, agents already had the data. https://t.co/KSn8yUyvG0

Singh said the lowest voting percentage was in Delhi Cantonment at 45.4%. The highest turnout was recorded in Ballimaran at 71.6% . This seat was witnessing a contest between former In Okhla the turnout was 58.84% while in Seelampur it was 71.2%.

Minister of the Congress Haroon Yusuf and AAP’s Delhi Minister Imran Hussain, with Lata Sodhi of BJP being the third major candidate.

Singh said he was expecting a higher turnout and his conjecture was that the turnout could be low due to cold conditions or voting taking place on a weekend.

The CEO also answered queries pertaining to some AAP leaders sharing the image of an officer walking away with EVMs after they had been ‘deposited’.

Singh said the sector officer was assigned two locations and he was carrying two sets of reserve EVM machines.

“He deposited one machine at both locations. The officer had to walk around 500 metres on foot as the booths were in congested lanes. After the voting got over, he picked both the machines one by one and kept them in the vehicle. All along he was accompanies by other staff and police and both were unused reserved machines and some people took pictures of these and circulated them,” the officer explained.