EC Cancels Anantnag By-Poll Due to 'Scary' Situation in Kashmir

The by-election to the Anantnag seat will be held when the situation becomes conducive to a free, fair and peaceful election, the EC said. 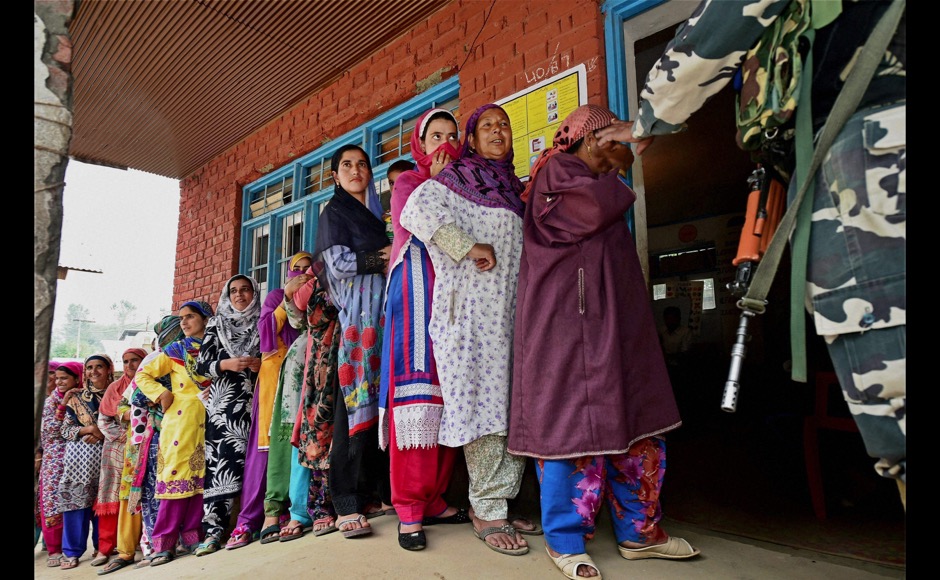 A fie photo of people voting in Anantnag. Credit: PTI

New Delhi: The Election Commission (EC) has cancelled the May 25 Anantnag Lok Sabha by-poll because of the “scary” situation in Jammu and Kashmir.

State government officials had informed the EC that the situation in South Kashmir “is not good, the overall situation is scary and not very conducive (to the holding of polls),” the EC said in a ten-page order issued late last night.

The three-member commission cited various rules of the Representation of the People Act and the constitution while rescinding its earlier order for holding polls to the Lok Sabha seat which fell vacant last July after Mehbooba Mufti took over as the chief minister of the state.

The by-election to the Anantnag seat will be held when the situation becomes conducive to a free, fair and peaceful election, it said.

The Jammu and Kashmir government had informed the commission that the election needed to be postponed since security agencies wanted to resume operations to counter militancy-related activities, it said.

The government had also said these operations would be necessary in the coming months to restore public order and enable elections to be held in a free and fair atmosphere after October this year, the EC said.

The by-poll was earlier scheduled for April 12 but was deferred because of large-scale violence on April 9 when polling was held for the Srinagar parliamentary seat. Eight people were killed and the voter turnout was a record low of a little over 7%.

Following the violence, the EC postponed the Anantnag by-poll to May 25. The state election machinery also demanded that 687 companies (68,700 personnel) be deployed for the by-poll.

The demand, which was put forward by the EC, was turned down by the Union home ministry which informed the EC that it could spare only 250 companies (25,000 personnel) in addition to the 54 companies (54,000 personnel) that were already in the Valley.

The commission also cited various reports from the state government about terrorists “harassing” policemen and their families and generating an environment of “insecurity, fear and chaos”.

The state government believes that the overall law and order situation in the Valley, particularly in South Kashmir, is not conducive to the holding of the by-poll, the EC order said.

The commission examined all aspects of the by-election and found that there had been no “marked improvement” in the law and order situation after April 10, when the EC deferred the by-election.

“On the contrary, these reports reveal a further and continuous deterioration in the situation and the incidents of stone pelting, violence and rioting have rather been on the increase,” the order, which also referred to loss of life, said.

“The apprehension expressed by the Chief Electoral Officer that there may be reluctance on the part of polling personnel to go to polling locations in view of the fear in their minds with regard to their safety and security is also a matter of concern,” the EC said.

Reacting to the order, former Jammu and Kashmir chief minister Omar Abdullah tweeted, “It’s depressing to see how far we have regressed in Kashmir from the highs of the assembly polls of 2014 to the cancelled election of 2017.”