D.P. Tripathi, a Poet in Politics

Tripathi had loyal and loving friends in almost every political party, because he never turned his back on his friends. 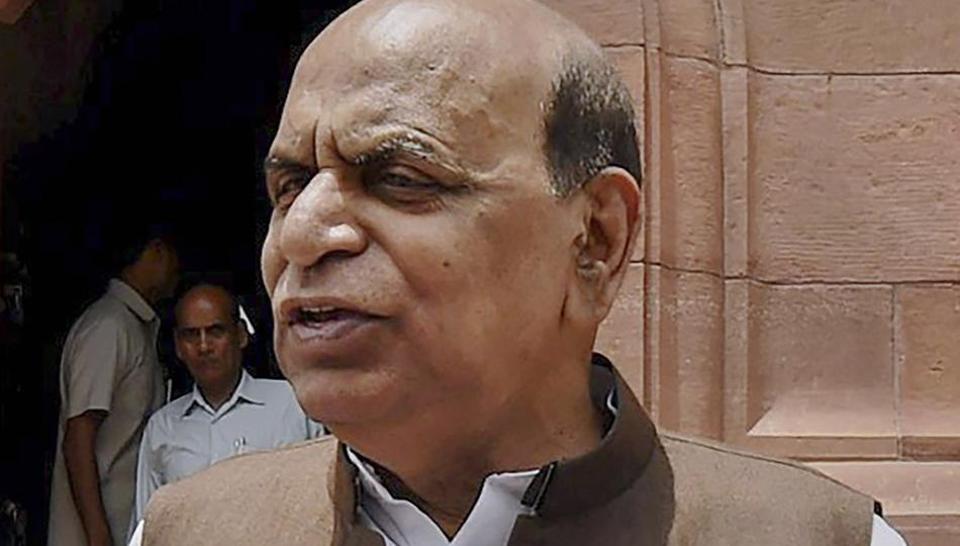 More than two months ago, I received a call from Devi Prasad Tripathi, one of my closest friends for the past 46 years, to block January 6, 2020 on my calendar as he was throwing a party on his 70th birthday at India International Centre. Now, a memorial meeting will be held for him on January 6 at the Constitution Club. Such is life.

Tripathi was an extraordinary man in every sense of the term. His head was in politics but his heart was in literature, especially poetry. He had a photographic memory and scanned pages rather than reading them. This was when he suffered from a very serious visual infirmity since his early childhood. But it was not only his formidable memory but also sharp intellect that sustained him throughout his difficult life.

Though always lean and thin, he had great courage that flowed from mental and intellectual strength. He fought against cancer with the same determination as he had fought the Emergency, when he had to spend nearly 18 months in jail. A lesser man would have given up much earlier.

I must be one of the very few people who never called him DPT. In front of others, I always called him Tripathi Ji or Pandit Ji. When we were young students at Jawaharlal Nehru University, he would often fondly call me Kulanov and I would return his affection by calling him Triposky. Our friendship did not rest on political ideology. It was rooted in  poetry. Devi Prasad Tripathi, who breathed his last at 9.50 am on January 2, 2020, was a poet in politics. I was almost his mirror image – a poet in journalism.

As he recalled while speaking at the launch of my poetry collection at India International Centre on September 8, 2019, we knew about each other even before meeting. Vibhuti Narain Rai, Dinesh Kumar Shukla, Mohammad Shees Khan, Devi Prasad Tripathi, Krishna Pratap Singh and a few others formed the literary circle at Allahabad University and brought out a literary journal titled Parivesh.

After quitting the University of Roorkee where I studied industrial engineering for a year, I was finishing my B.Sc in my home town Najibabad. My poems were published in Parivesh and Krishna Pratap Singh started corresponding with me through post cards and inland letters. That’s how Tripathi and I came to know each other. At that time, he used to write poetry using the pen name ‘Viyogi’. In fact, his friends of those days continued to call him Viyogi till the end. Later, he wrote a few poems with a new name, Agnivesh.

It was a coincidence that both of us joined Jawaharlal Nehru University at the same time in 1973 to do an MA. I chose ancient Indian history while Tripathi chose political science. At that time, only one wing and the mess of Kaveri hostel were built while the other wing and Godavari Hostel were under construction. We chose adjacent rooms – 104 and 105 – and our friendship began in the real sense.

His first public appearance was at a meeting that was held to discuss some issues concerning the mess. Then I realised that my friend was a mesmerising speaker, whether he spoke in Hindi or English. After this, there was no looking back.

When we met, Tripathi, perhaps under the influence of Hindi poet-critic Vijaydev Narain Sahi who taught English literature at the Allahabad University, was under the spell of socialist ideology, although he had been associated with the RSS’s student wing, Akhil Bharatiya Vidyarthi Parishad (ABVP). But very soon, he joined the Students’ Federation of India (SFI) and had a meteoric rise. He became a councillor and then president of the JNU students’ union.

He could campaign for three days without sleeping a wink and could also sleep for three days without getting up. His political sense was so unusually sharp that after polling was over, leaders from the opposing camp would come to him to find out what would be the outcome. He could predict with precision which candidate would get how many votes. He was nearly always proven right. 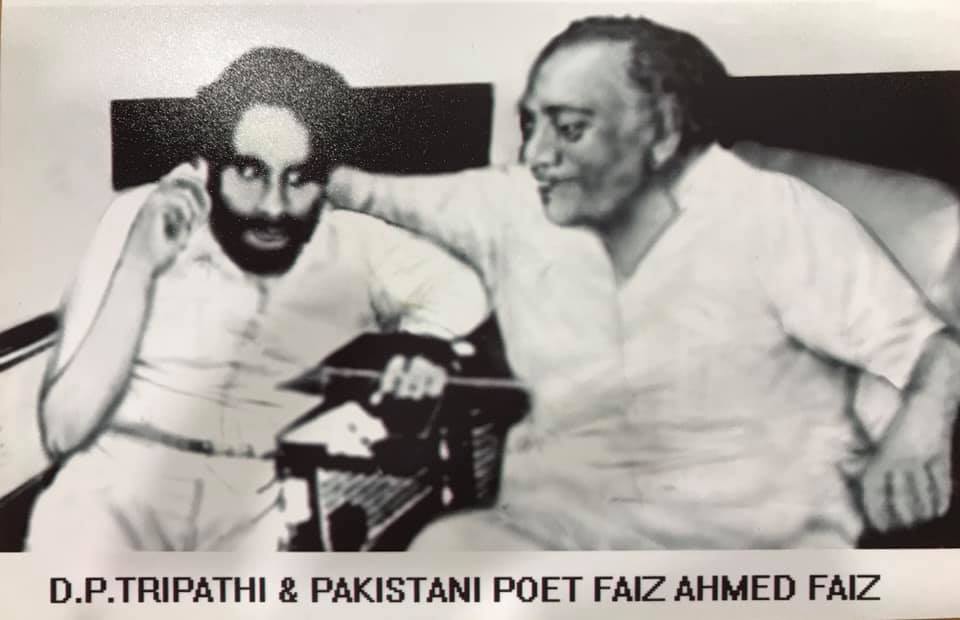 He was one of the most anarchic persons I have ever met, but he also had the capacity to adapt himself to the demands of the situation. Once that situation was over, he would go back to his anarchic ways. One fine morning in February 1978, he came to my room in Periyar Hostel and asked me to pack my suitcase. When I asked why, he said we were leaving for Calcutta (now Kolkata).

So, we went to Calcutta in an unreserved second class compartment (“cattle class”, according to Shashi Tharoor). In Calcutta, we went to meet Mrinal Sen who used to live in a two-room flat near Deshapriya Park. Tripathi could speak, read and write Bengali fluently. Sen, at the peak of his fame and creativity, was showing great deference to him. So, I asked him to request the filmmaker to give me an interview. I wanted to earn some money to meet the expenses of this completely unplanned travel.

Much to my surprise, Sen immediately agreed to be interviewed by an unknown 23-year-old student. That interview was published in the June 1978 issue of Hindi news weekly Dinman whose editor was the renowned Hindi poet Raghuvir Sahay and editorial staff had the likes of Sarveshwar Dayal Saxena, Prayag Shukla and Vinod Bharadwaj.

It was Tripathi who introduced me to the legendary theatre and film personality Bijon Bhattacharya and his poet son Nabarun Bhattacharya, who later became a good friend. It was because of his love for literature that one would often find writers like Fahmida Riyaz, U.R. Ananthamurthy and Abhimanyu Anat (a Hindi writer from Mauritius) staying at his house.

All of them were impressed by his knowledge of Sanskrit, Hindi and Bengali literature, as well as literature in other Indian and foreign languages. On account of his prodigious memory, he could quote from them at will. As a Rajya Sabha member, he often quoted from Sanskrit, Urdu and Hindi poets to make a point. He hardly ever prepared his speeches.

Today, when mischief mongers are busy creating an unseemly controversy over Faiz, Tripathi’s absence is even more painful. It was he who had taken Faiz to Allahabad in 1980 and organised a grand celebration in his honour. People could not believe their eyes when they saw Firaq Gorakhpuri, Mahadevi Verma and Faiz Ahmed Faiz sitting together on the same dais. Well-known vocalist Shubha Mudgal remembers to this day that she had sung a Faiz ghazal on this occasion. Tripathi maintained his association with the Faiz family to his last day. Faiz’s eldest daughter, Salima Hashmi, could not attend his funeral because of a visa problem. 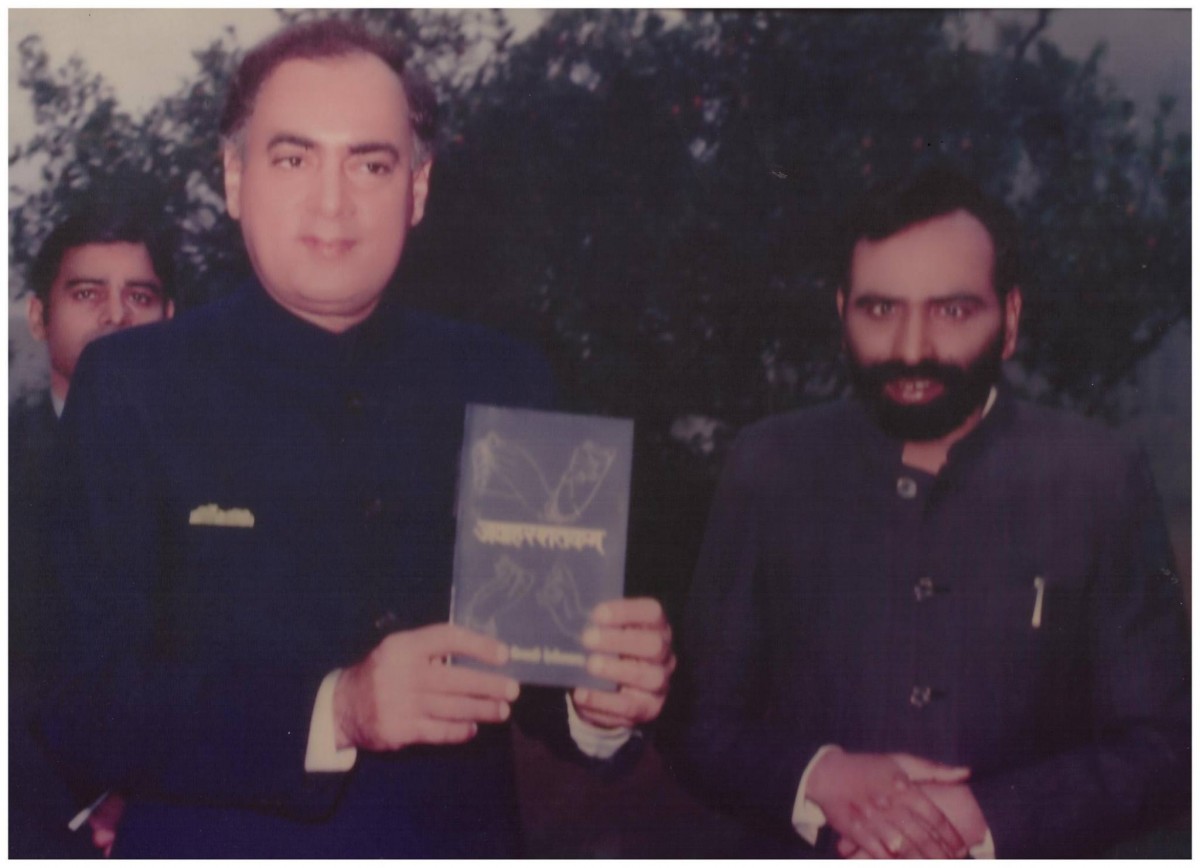 While active in JNU as an SFI leader, Tripathi had become a member of the Communist Party of India (Marxist). He was quite active in Uttar Pradesh after joining Allahabad University as a lecturer in the political science department. However, he soon got disillusioned. For some time, he joined the bandwagon of Chandra Shekhar but soon drifted towards Rajiv Gandhi.

During the five years of Rajiv Gandhi’s prime ministership, he worked as a backroom boy and strategist and enjoyed enormous influence. Even while P.V. Narasimha Rao was prime minister, he continued to enjoy influence although it was much less. It was symptomatic that Rao chose to attend the wedding reception of Tripathi’s son. Later he got close to Madhya Pradesh chief minister Digvijay Singh.

Nationalist Congress Party leader Sharad Pawar took note of his political acumen and appointed him national spokesperson of the party and later one of the general secretaries. Pawar also sent him to the Rajya Sabha as the opposition needed a strong voice there. As expected, he shone in that role.

Tripathi played a significant role in mobilising support for the anti-monarchy democratic movement in Nepal and was viewed as friend of Nepal there. When the Nepali constitution was being adopted, he was given a standing ovation by members of parliament on the floor of the house.

Tripathi had loyal and loving friends in almost every political party, because he never turned his back on his friends. On the contrary, he always helped them irrespective of their political associations. As his interests were diverse, so were his friends. He had an amazing ability to connect with all kinds of people. The pages of Think India, a journal that he founded and edited for nearly two decades, are a testimony to this fact, as its contributors represented diversity of thought.

His life was a saga of how a boy from a poor peasant family of Sultanpur in Uttar Pradesh turned every adversity into an opportunity and rose to a place from where he could make his contribution to enriching the political, literary and cultural life of the nation. He will be missed for a long time.