The historian, author and political commentator A. R. Venkatachalapathy speaks to Meera Srinivasan about where the Dravida Munnetra Kazhagam went wrong this election. 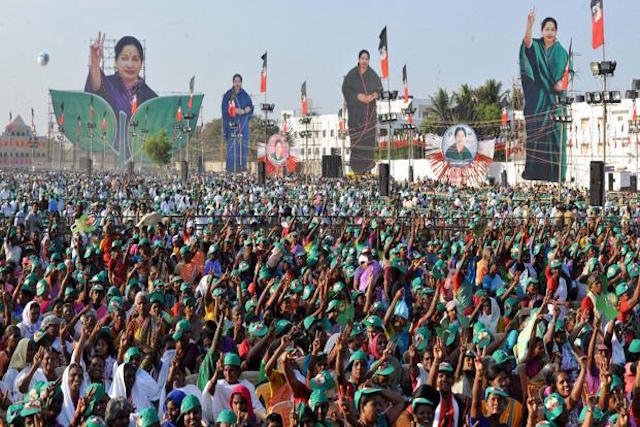 Although exit polls predicted a victory for the Dravida Munnetra Kazhagam (DMK)-Congress alliance in Tamil Nadu, the verdict is in, and it favours All India Dravida Munnetra Kazhagam (AIADMK) leader and incumbent Chief Minister J. Jayalalithaa. AIADMK’s victory comes despite corruption charges against Jayalalithaa and an intense media war against it by the DMK. An expert weighs in on why the DMK failed to emerge victorious despite the odds against the AIADMK.

This election in Tamil Nadu was expected to be close. How do you read the outcome?

It is clearly the defeat of the DMK and the victory of the AIADMK. If the DMK could not win despite the widely prevalent resentment and anti-incumbency sentiment against the Jayalalithaa government, it shows us where the party is.

The gap narrowed in the last two weeks. Essentially, DMK failed to capitalise on the anti-incumbency. The DMK could not do anything for people to forget old memories – 2006 to 2011. The same old faces are there. If they had gone for an overhaul, fielded newer candidates and probably made M.K. Stalin the face of the party it would have been a closer fight.

Take the last one-and-a-half years into account. The alleged suicide of S. Muthukumarasamy, an executive engineer in the Department of Agricultural Engineering, who jumped before a speeding train in February 2015, then the complete absence of governance after Jayalalithaa went to jail and later the cases she filed, her government’s response to protests against TASMAC shops – none of these was aligned to what the people wanted. Even worse was the way in which she handled the December 2015 floods. Despite this if she is back in power, it only reflects the opposition’s weakness.

The one thing that the DMK has managed to do is to ensure that the anti-AIADMK votes did not go to the third front. That is a small victory. Moreover, the DMK had waged a virtual media war, with people favouring the party in media houses. Tamil Nadu’s urban elite have always favoured the DMK, and the media got carried away by that sentiment alone. I believed this will be a close fight where the AIADMK had an edge. In any multi-cornered fight, the party with the biggest vote bank tends to win. That is what has happened now.

So the AIADMK has merely retained its traditional vote bank?

Yes, if you compare it with its performance 2014, it’s perhaps got 3-4% fewer votes (than it had then). Another important factor here is the massive defeat of the third front – People’s Welfare Front (PWF). They have to take 60% responsibility for their defeat, while the remaining 40% could be attributed to the lack of money or media power. The PWF could not place big ads, all newspapers got huge ads worth crores of rupees from the AIADMK, DMK and Pattali Makkal Katchi (PMK) and gave them space. The third front could not do that. And they had with them a man called Vaiko – and they paid for it.

It seems that this election had no one issue that dominated it. What about prohibition?

Promises on prohibition hardly resonated with the people. The people did not believe that any of these parties could bring about prohibition in reality. That is not the reason.

What does this election outcome say about the future of Tamil Nadu politics?

Many thought that this election would be a precursor to the 2021 elections, but that did not happen.

Why do you think so?

Some thought that new political formations would come forward, the votes will be split in favour some new parties, weakening old formations. None of that happened.

You observed that the AIADMK handled the floods poorly, there was no governance for a substantial period of time. Did that not have an impact?

The party has basically retained its traditional vote bank. And in other ways, the voter has got something or the other. Someone who wanted affordable food went to an Amma canteen, a family that wanted 50,000 rupees for their daughter’s wedding got it, someone who wanted a laptop got that – so what if there is industrial growth or not, other things do not affect them all that much.

Would all this have been different if there had been a viable, credible alternative? You said the DMK should have made M.K. Stalin the face of its party. Or say, the third front had a powerful an appealing candidate. Could that have made a dent in the AIADMK’s traditional vote bank?

More than undermining its traditional vote bank, it would have won the support of new voters, or neutral voters. The presence of ‘Captain’ Vijayakanth and Vaiko in that coalition proved almost counterproductive, they were waiting with a cat on their lap and checking the omen.

Communists have always been merely a face of a philosophical position. They cannot win votes. G. K. Vasan joined them at the very end. In the case of Viduthalai Chiruthaigal Katchi (VCK) leader Thol. Thirumavalavan, Tamil voters do not yet have the frame of mind to accept a leader from outside their caste group. So the third front just collapsed.

I don’t think that trend will continue. Look, the PMK could barely win a seat. Their chief ministerial candidate lost. It is true that the dominant caste has consolidated against Dalits, but that has always been there, it is not new. In that sense, it is always better when a politics-driven party wins rather than a caste-based party. If you take the AIADMK, it is said that the party is favourable towards Mukkalathor (Thevars) but it has also been a party for everyone.

By implication then, will the AIADMK and DMK alone rule Tamil Nadu? The future of these parties is in question. The AIADMK has no succession plan and a Supreme Court verdict on the disproportionate assets case is awaited.

Let us see what happens. We do not have to talk about that now.  We have to now see what the final tally looks like, whether it will be the same cabinet and whether there will be a shake-up in bureaucracy. Other things come later – whether there will be a successor or what the court will say. The verdict will not come out soon, courts always take into account the mood of the public. It will take time, I think.