M.K. Stalin said the Modi government is involved in "acts against the freedom of expression". 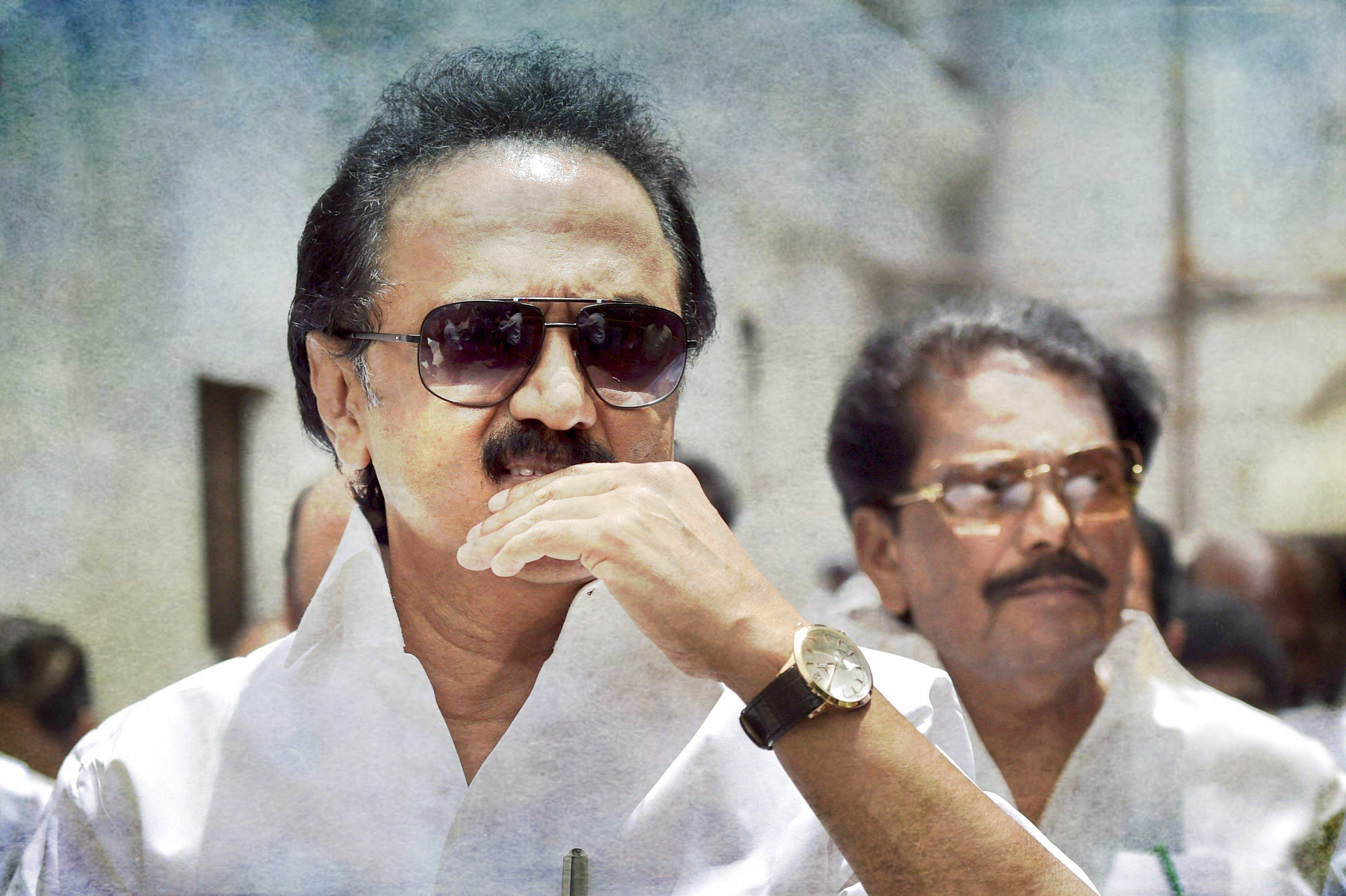 Chennai: DMK president M.K. Stalin on Saturday demanded that Prime Minister Narendra Modi take steps to withdraw the FIR filed in Bihar against the celebrities who protested mob lynching. The party said the withdrawal of the charges will “protect democracy and basic features of the Constitution”.

Condemning the sedition charge against the celebrities, the leader of the opposition in Tamil Nadu said “labelling them as anti-nationals” for writing an open letter to Modi, voicing concern over growing incidents of mob lynching, was “unacceptable.”

“How can seeking to uphold the basic tenets of the Constitution like tolerance and communal harmony be construed as anti-nationalism?” he asked in a statement.

Targeting the Prime Minister over the issue, Stalin alleged that the government led by him at the Centre got involved in acts against freedom of expression, which was “unacceptable.”

The BJP government should realise that those who had taken up autocracy and clamped down on freedom of expression only faced defeat and it was evidenced by history, he said.

Hence, realising such aspects, the prime minister should “take steps to immediately withdraw the sedition case against the celebrities and protect Indian democracy and the basic tenets of the Constitution,” the DMK chief said.

Also Read: Justice Deepak Gupta: Law of Sedition Needs to be Toned Down if Not Abolished

Tamil film maker Maniratnam and Tamil actress Revathi are among the celebrities named in the FIR.

On Thursday, an FIR was lodged in Bihar’s Muzaffarpur against nearly 50 celebrities, including Aparna Sen, Adoor Gopalakrishnan and Ramchandra Guha for alleged sedition after they wrote an open letter to Prime Minister Narendra Modi voicing concern over growing incidents of mob lynching.

Police said the FIR was lodged under several sections of the Indian Penal Code, including those related to sedition, public nuisance, hurting religious feelings and insulting with an intent to provoke breach of peace.

The case was lodged following an order by Muzaffarpur chief judicial magistrate Surya Kant Tiwari on a petition by local advocate Sudhir Kumar Ojha, who claimed, among other things, that the letter supported “secessionist tendencies”.

“The CJM had passed the order on August 20, accepting my petition upon the receipt of which an FIR was lodged at the Sadar (in Bihar) police station,” Ojha had said.