"The government led by Modi has turned India's clock back 15 years. If he is allowed to rule another five years, the clock will turn back another 50 years," M.K. Stalin said. 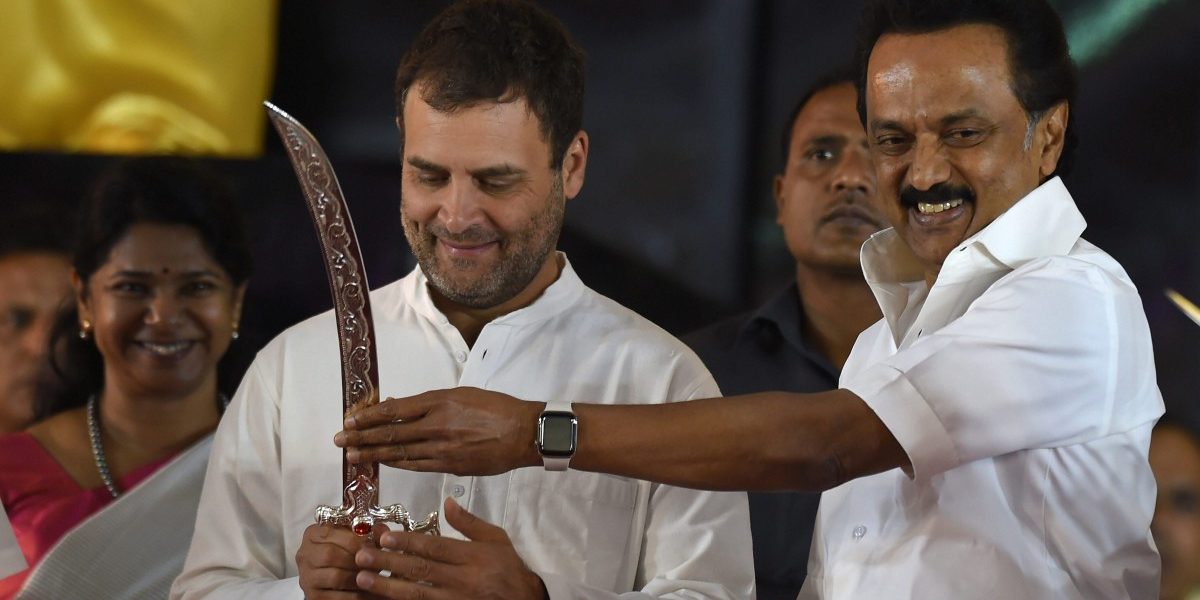 New Delhi: In an assertion that surprised many, DMK president M.K. Stalin on Sunday vowed to make Congress chief Rahul Gandhi the country’s next prime minister, and lauded him for having the ability to defeat the Narendra Modi-led government at the Centre.

He was speaking at a rally followed by the unveiling of a bronze statue of the DMK patriarch and his father, the late M. Karunanidhi, at the party headquarters in Chennai.

The statue unveiling event brought together key opposition parties – DMK, Congress, Telugu Desam Party and CPI(M) – to reaffirm their resolve to dislodge the BJP-led NDA government at the Centre.

Stalin said his proposal for making Rahul the prime minister was akin to his father’s support to Indira Gandhi and later to the Congress party under the leadership of Sonia Gandhi.

The DMK chief, lashing out at Prime Minister Narendra Modi, said Rahul had the ability to defeat the Modi government. He appealed to other party leaders on the dais like TDP’s N. Chandrababu Naidu and CPI(M) veteran Pinarayi Vijayan to strengthen Rahul’s campaign.

Stalin alleged social justice, autonomy of states, social harmony and secularism were under threat under the BJP regime. “The government led by Modi has turned India’s clock back 15 years. If he is allowed to rule another five years, the clock will turn back another 50 years,” he said.

Stalin also called Modi a “sadist” as he said the prime minister did not visit Tamil Nadu after cyclone Gaja. He asked whether Modi would not visit states like Maharashtra or Gujarat if these places were hit by natural disasters.

“Do Tamils deserve such indifference? That is why we call for the defeat of Modi,” he said, adding more parties will join forces to dislodge the Modi-led NDA government.

Stalin also slammed Modi for not expressing sympathy or visiting the storm-hit southern state while he had time for foreign visits and condole natural disasters abroad.

Heaping praises on the Dravidian veteran, Rahul Gandhi echoed Stalin by saying,“Today, we have a government (at the Centre) that attacks the voice of people, culture and traditions of the people and key institutions, which is a government that believes that it doesn’t have to respect and heard different cultures, voices of the people,” he said.

Congress Parliamentary Party chairperson Sonia Gandhi batted for steadfast and strong ties between her party and the DMK to defeat the BJP in the parliamentary elections next year. 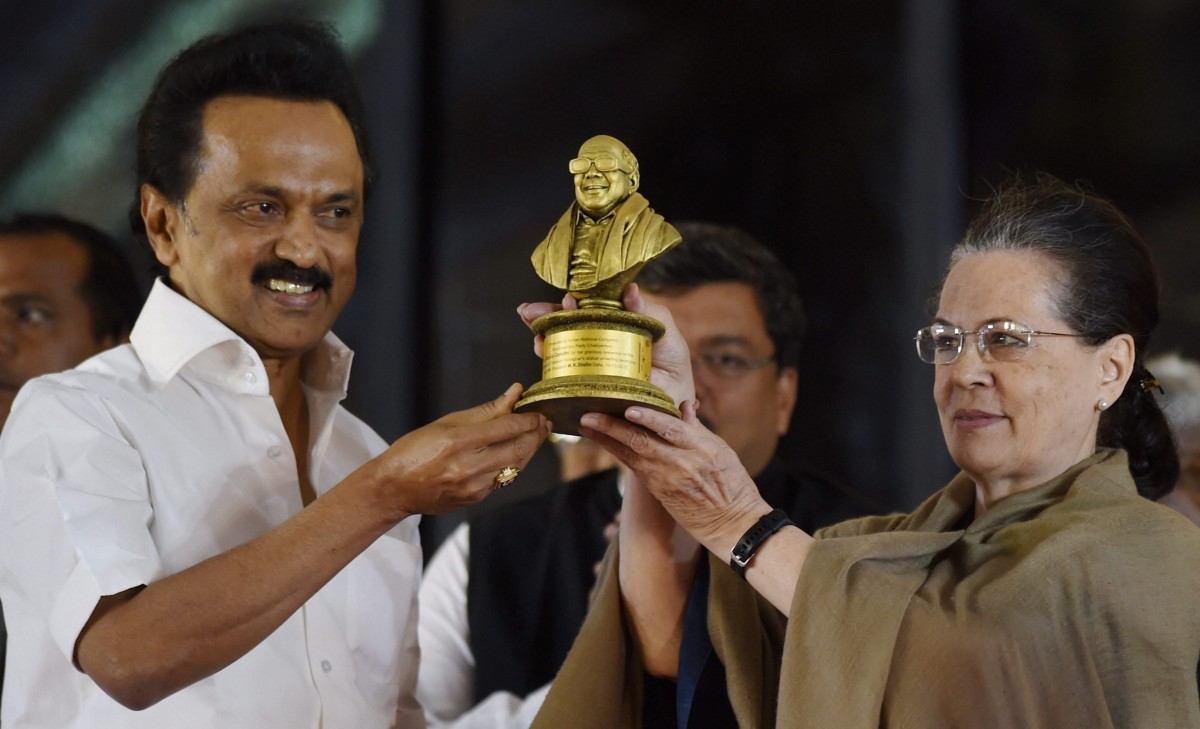 ”It is my earnest desire that the mutual support of our parties to each other must remain strong and steadfast as when Karunanidhi ji was guiding us…and as we wage together a battle with the political forces that are determined to destroy our constitutional values, our institutions and the idea of India as you know it,” she said in an apparent reference to the saffron party.

She said the message of unity among the Congress and DMK should go to the people.

“Let the message go to the people of Tamil Nadu and the country that we are united and determined to protect and preserve our country’s constitution and its values that has built and sustained India over the last 70 years,” she asserted.

Recalling her association with Karunanidhi, the Congress leader said the late patriarch was a great support and strength for the UPA from 2004 to 2014.

”I personally remember that we looked up to his knowledge and experience to guide our coalition government,” Sonia said.

Also read: Why Chemistry Between Opposition Parties Is Important to Defeat the BJP

Chandrababu Naidu, who is spearheading the effort to cobble up an anti-BJP front for the next Lok Sabha polls, lashed out at the NDA government for its “failure” in all areas, and warned of what he described as a “danger” through manipulation of Electronic Voting Machines (EVMs), allegedly by the BJP.

Regional political parties like Vaiko-led MDMK and Viduthalai Chiruthaigal Katchi were also present at the event.

Silver ‘victory swords’ were gifted to Sonia and Rahul by the DMK on the occasion.

Sonia unveiled Karunanidhi’s statue at the DMK headquarters. Later, she along with Rahul paid floral tributes at the mausoleum of the DMK patriarch at the Marina beach here.

According to the Indian Express, not all opposition parties were happy with Stalin’s decision to start touting Rahul as the opposition’s prime ministerial candidate. “Who will be the PM is a question we should answer after the Lok Sabha results are in,” an opposition leader told the newspaper. Leaders from the Samajwadi Party, Bahujan Samaj Party, Trinamool Congress and Nationalist Congress Party reportedly do not want the elections to look like a Modi vs Rahul fight.