Amidst Allegations of Engineering Defections, Kamat Removed as 'Permanent Invitee' to CWC

Former Goa chief minister Kamat had last week been accused of trying to engineer a split within the Congress's legislature party in the state after failing to attend a party meeting and going silent for a period of time. 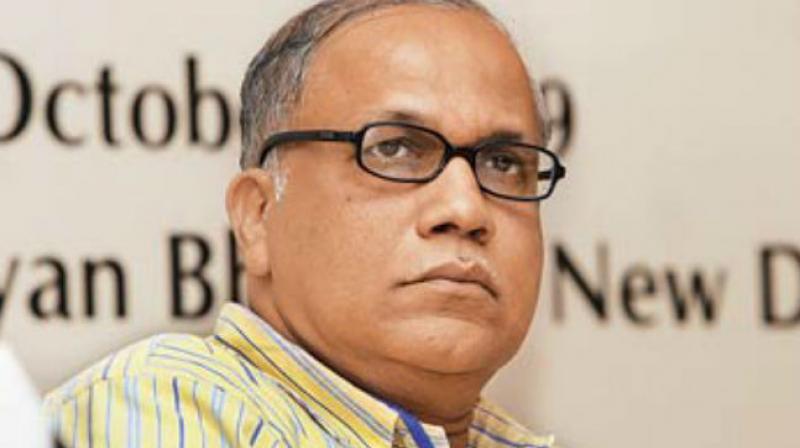 K.C. Venugopal, a Rajya Sabha MP and the general secretary of the All India Congress Committee (AICC) issued a statement communicating Gandhi’s decision “with immediate effect”.

The move comes a week after former chief minister Kamath, along with Goa Congress MLA Michael Lobo, were accused by Congress Goa in-charge Dinesh Gundu Rao of trying to engineer a split within the legislature party in the state.

According to the Indian Express, Kamat was made a permanent invitee to the CWC in April this year. While not announced as such, Kamat was thought to be the party’s chief ministerial candidate going into the Goa assembly elections in February.

Fears of a split arose when five Congress leaders of the state – Kamat, Lobo, Kedar Naik, Rajesh Faldesai and Delialah Lobo – missed a meeting and then maintained radio silence thereafter.

On July 10, Rao called a press conference and only five Congress MLAs of the 11 in the legislative assembly turned up. The party also claimed the support of a sixth, unnamed MLA. This was, however, enough to avert a split since the support of two-thirds of the MLAs in the legislature party is required to avoid disqualification of rebel legislators under the anti-defection law.

Also read: For Now, Congress May Have Dodged a Political Bullet in Goa

The day after the presser, senior Congress leader Mukul Wasnik was dispatched to Panaji to shore up the party in the state. A meeting with Wasnik was attended by all Congress MLAs except Kamat.

On July 12, the party submitted disqualification petitions against Kamat and Lobo, accusing the two leaders of colluding with the Bharatiya Janata Party (BJP) to trigger a defection. The BJP’s Goa chief minister, Pramod Sawant, however, denied his party’s role in the proceedings.

Lobo, who was the leader of the opposition in the Goa assembly, was removed from his post.

Amidst these events, five Goa Congress MLAs were, on Saturday, July 16, dispatched to Chennai ahead of the polls for the President of India, set to take place on July 18. None of the five legislators who had gone incommunicado earlier in the month were among those flown to Chennai.