In the midst of a COVID-19 surge, Harsh Vardhan has released a statement focusing primarily on Maharashtra, with lengthy allegations on the state leadership's alleged inabilities. 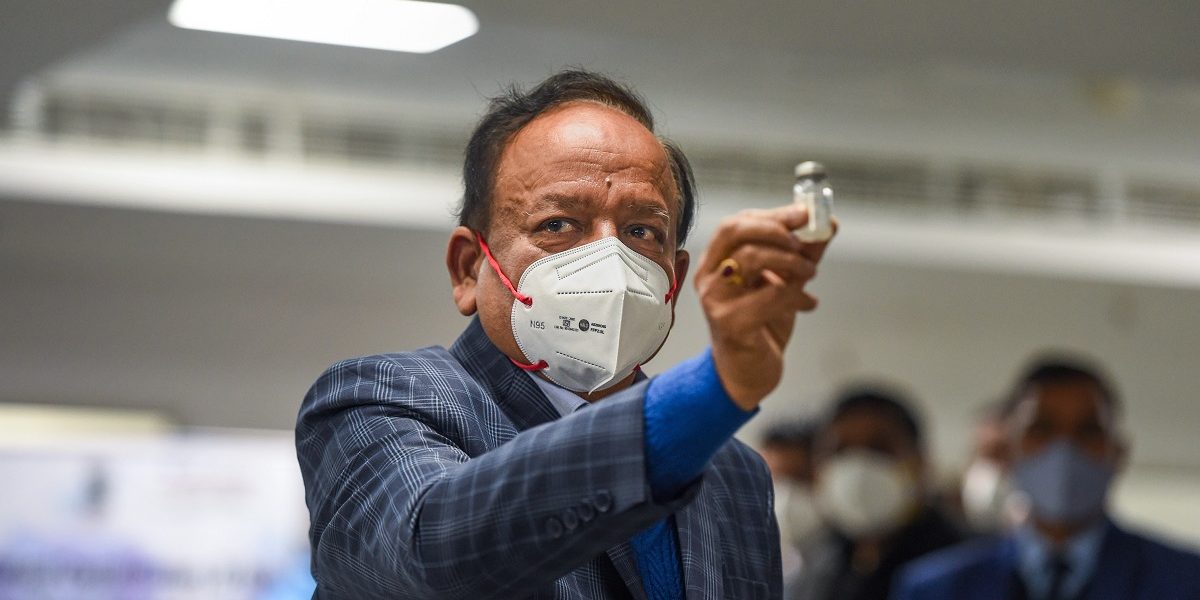 New Delhi: Faced with requests from state governments to decrease the minimum for vaccination amidst a surge in COVID-19 positive cases, the Union health minister released a statement singling out states ruled by non-BJP parties, criticising their alleged failure to contain the spread.

The statement by Harsh Vardhan, titled ‘Deplorable attempts by some state governments to distract attention from their failures and spread panic among the people’, focuses primarily on Maharashtra and contains lengthy allegations on the state leadership’s alleged inabilities.

Vardhan initially pegs the problem to requests to the Centre to widen the vaccination drive. Maharashtra chief minister Uddhav Thackeray, Delhi chief minister Arvind Kejriwal and the Indian Medical Association are among those who had requested the Centr to relax the age limit for vaccination on April 5.

Vardhan says that the requests and statements made by state government representatives are “irresponsible” and that he needs to set the record straight.

To do so, Vardhan lists primarily a set of percentages that Maharashtra is guilty of. Under indices, the Centre adds examples from Punjab and Delhi – two other states ruled by non-BJP parties.

The Centre appears to allege that states like Maharashtra, Delhi and Punjab have not done enough by way of vaccination and offers comparison with unnamed states as follows:

“Maharashtra has vaccinated just only 86% of health workers with first dose. The equivalent numbers for Delhi and Punjab are 72% and 64%. On the other hand, 10 Indian states/UTs have done more than 90%,” it mentions, not adding which ones these are.

“Maharashtra has vaccinated just 41% of healthcare workers with second dose. Equivalent numbers for Delhi and Punjab are 41% and 27%. There are 12 Indian states/UTs that have done more than 60%.

“Among frontline workers, Maharashtra has vaccinated only 73% with first dose. Equivalent numbers for Delhi and Punjab are 71% and 65%. There are 5 Indian states/UTs that have already done more than 85%.

“Vaccination of frontline workers with second does for Maharashtra is at 41% For Delhi and Punjab, these numbers are 22% and 20%. There are 6 Indian states/UTs that have done more than 45%.

Maharashtra, in the meantime, has administered vaccine doses to 43,42,646 people – the most among any state in the country. It was followed by Uttar Pradesh, Gujarat and Rajasthan. However, the Centre has not made note of this in the letter at all.

Maharashtra on April 7 reported 59,907 new COVID-19 cases in highest ever single-day spike. According to NDTV, Maharashtra Health Minister Rajesh Tope has said that the state may run out of vaccines in three days and has requested the Centre for additional vaccines citing that cities like Mumbai – which are already facing an oxygen shortage – might have to turn down those who need the vaccines.

At such a juncture, Vardhan’s statement makes no announcement on how the Centre is looking to assist the state and its patients. Ironically, it says, “Politicizing such a public health issue is a damning indictment of certain political leaders who should know better.”

While making a thorough example of Maharashtra, Vardhan crucially does not provide data of Gujarat or Karnataka – BJP-ruled states which Vardhan’s own ministry had singled out as one of the worst affected in the second wave. In fact, he only mentions these two states once, near the end of the 1186-word letter, pointing out that these two states – and Congress-ruled Rajasthan – need to improve the quality of their testing.

Among ministers’ “irresponsible” statements, Vardhan also does not mention that of Assam BJP heavyweight Himanta Biswa Sarma’s who said that there was “no Covid in Assam… (so) there is no need to wear a face mask”.

“It is shocking to see how the state Government is putting Maharashtrians in danger by letting people escape institutional quarantine mandate for the sake of their personal Vasuli,” the Union minister notes, referring to a mid-day investigation on BMC officials allowing some international air passengers to escape mandatory quarantine.

Devoting several paragraphs to the “misgovernance” in Maharashtra, Vardhan moves on to Congress-ruled Chhattisgarh, which he says “has seen disproportionately higher number of deaths in the last 2-3 weeks” and has refused the Bharat Biotech-produced Covaxin.