Rahul Gandhi had alleged that Modi had taken money from the Sahara and Birla groups during his tenure as Gujarat chief minister. 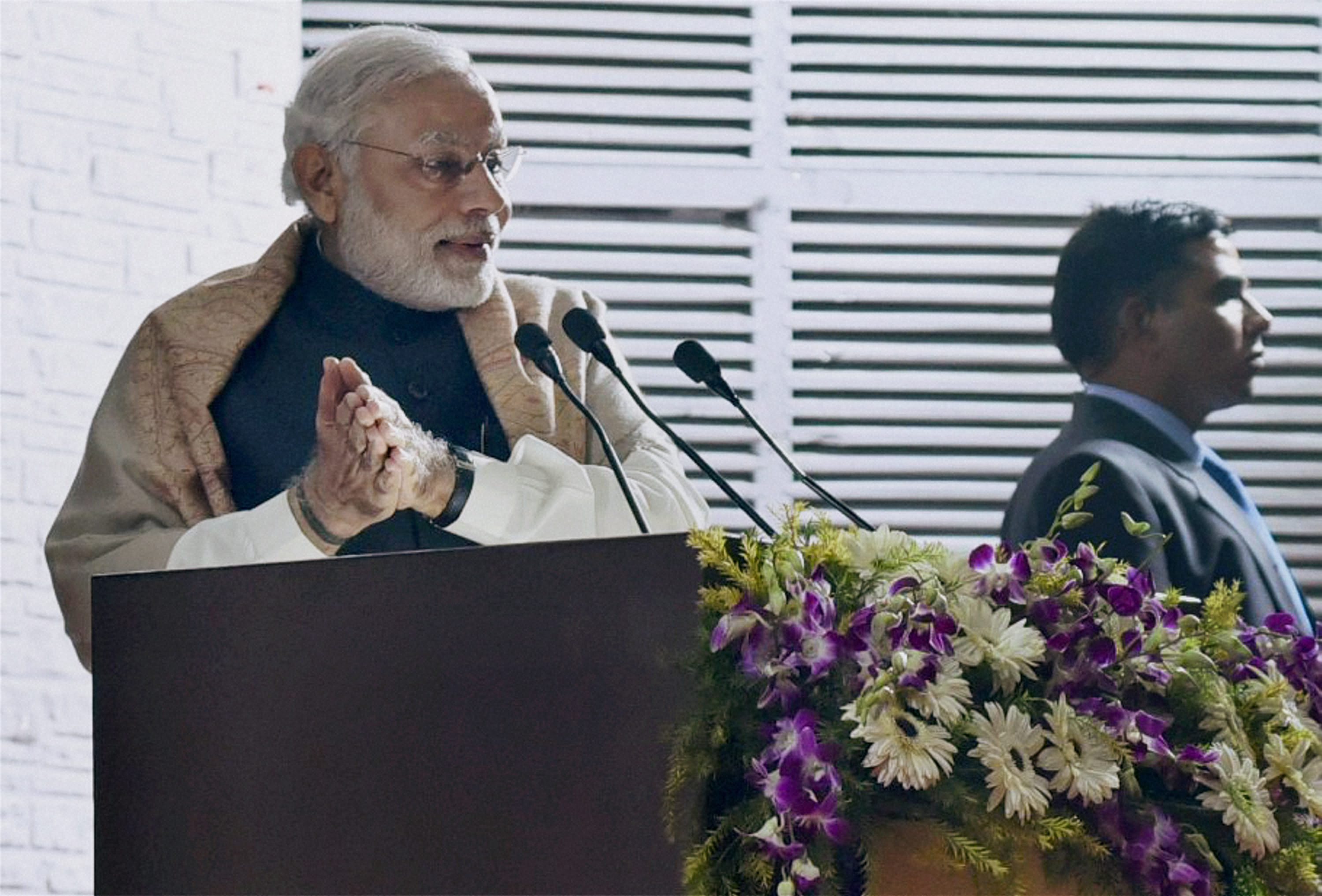 New Delhi: Prime Minister Narendra Modi has hit back at Rahul Gandhi’s allegations a day earlier of impropriety against him while addressing a gathering in Varanasi. Gandhi had alleged that Modi had taken money from the Sahara and Birla groups during his tenure as Gujarat chief minister.

According to the Times of India, Modi also said, “The commotion created in parliament is like the ‘cover fire’ that Pakistan uses to ensure terrorists infiltrate into India. Similarly, the ruckus in parliament lets cheats get away.” Modi’s comment came in reference to the little progress made during the winter session of parliament, where the ruling party’s MPs were not amenable to discussing demonetisation and answering the opposition’s questions.

Gandhi has alleged that there are notings by company officials’ in the Sahara group’s IT records claiming to have paid Modi nine times between October 2013 and February 2014. He also called for an independent probe into the matter.

His allegations came days after he first claimed to have evidence of the prime minister’s “personal corruption” and said that he was being prevented from speaking in the Lok Sabha because it would cause a “political earthquake”.

RBI is changing the rules of Demonetisation as often as Modi ji changes his clothes. pic.twitter.com/SVTeNDO7wF

Quoting Gandhi, the Congress tweeted that Modi takes bribes and then shamelessly foists demonetisation on Indians under the garb of fighting black money. Randeep S. Surjewala, spokesperson for the Congress also supported Gandhi’s attack on Modi, asking if the prime minister will investigate the allegations against him.

Rahulji asks if Modiji received this money from Sahara or not? If this document is with Income Tax,will Modiji now investigate it? pic.twitter.com/YhVy5Pr0y8

Meanwhile, the BJP rejected Gandhi’s claims, saying they were attempts to divert attention from the AgustaWestland probe in which the names of Congress leaders and the “[Gandhi] family” were coming up.

Union minister Ravi Shankar Prasad said that the charges against the prime minister were “baseless, false, shameful and mala fide”.

BJP spokesperson G.V.L. Narasimha Rao said Gandhi was immature and was making such accusations because people are not taking him seriously.

“People of India have stopped taking him seriously. Rahul Gandhi is just bluff and bluster. There is no substance in what he says. He is just showing his and his party’s incompetence,” PTI quoted Rao as saying.

BJP national spokesperson Sambit Patra told NDTV that Gandhi’s earthquake would get a “zero on the Richter scale”.

With Gandhi stepping up his attack against demonetisation and Modi, the BJP had threatened Gandhi saying that personal attacks on Modi would open a Pandora’s box.