It further said the BJP was still blaming the Congress for the deaths of hundreds of Sikhs in the violence that erupted after the assassination of Indira Gandhi. 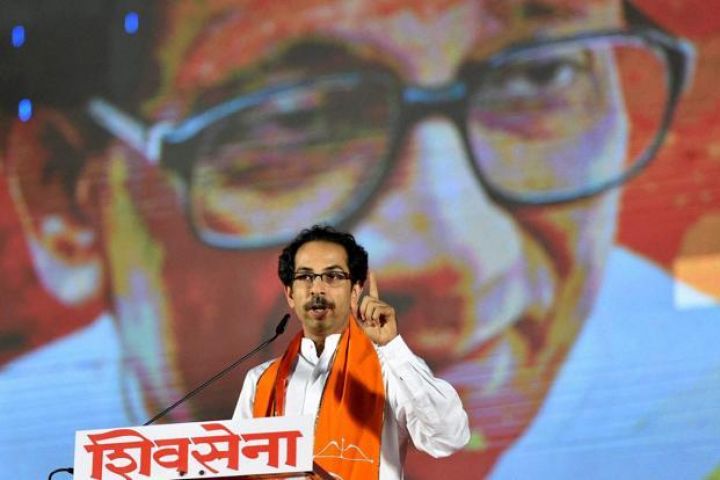 Mumbai: Observing that the violence in Delhi is akin to a “horror film” depicting the grim reality of the 1984 anti-Sikh riots, the Shiv Sena on Wednesday said the “bloodbath” has brought disrepute to the national capital like never before while US President Donald Trump was in India with the “message of love”.

The editorial in party mouthpiece Saamana lamented that Trump was welcomed in Delhi while there was a bloodbath on the streets.

It further said that the violence could potentially spread the message that the Central government has failed to maintain the law and order situation in Delhi.

“Violence has erupted in Delhi. People are on the streets equipped with canes, swords, revolvers, blood is being spilled on the roads. Some horror film-like situation is being witnessed in Delhi, which depicts the grim reality of the 1984 riots,” the Sena said.

It further said the BJP was still blaming the Congress for the deaths of hundreds of Sikhs in the violence that was erupted after assassination of then Prime Minister Indira Gandhi.

It needs to be unravelled who is responsible for the current riots in Delhi, the Sena said while referring to the “language of threats and warning used by some BJP leaders”.

“The national capital was burning at a time when Prime Minister Narendra Modi and visiting US President Trump were holding talks.

“It does not augur well that Trump was welcomed in Delhi with the horror film of violence, bloodbath on the streets, screams of people, and tear gases. Trump saheb came to Delhi with a message of love, but what unfolded before him? ‘Namaste’ in Ahmedabad and violence in Delhi. Never before Delhi was defamed like this,” the editorial said.

Trump had begun his February 24-25 India visit from Ahmedabad in Gujarat.

Seventeen people have died so far and over a hundred were injured in the violence that has gripped several parts of northeast Delhi over the Citizenship Amendment Act (CAA) since Sunday.

Attacking the central government over reports that the violence was timed with Trump’s visit, Sena said, “the Union Home Ministry has alleged that a conspiracy was hatched to defame India internationally by triggering the violence during Trump’s visit to the national capital.

“The Home Ministry not knowing about the conspiracy behind the violence over the CAA is detrimental to national security. There is no problem in controlling the riots with the same courage with which Article 370 and 35A were scrapped,” the editorial said.

It further said the anti-CAA protest at Shaheen Bagh in Delhi was yet to be called off yet despite the Supreme Court appointing mediators.

“It is being said that the violence sparked off after some BJP leaders talked the language of threats and warning.

So, did someone want the peaceful agitation (at Shaheen Bagh) to acquire the present form of riots? (They) could have waited for at least Trump to leave the country,” the Sena said.

The Uddhav Thackeray-led party also questioned the timing of the riots, which are occurring days after the results of the Delhi assembly polls.

“It is mysterious that the violence broke out days after the BJP lost the Delhi assembly elections. The BJP lost and now this is the condition of Delhi,” the Sena said.

The Uddhav Thackeray-led party, a former ally of the BJP, now shares power in Maharashtra with the NCP and the Congress.