"We have checked our records and it has been authenticated that Prime Minister Narendra Modi's degree is authentic. He cleared the examination in 1978 and was awarded the degree in 1979," said Tarun Das, the DU registrar. 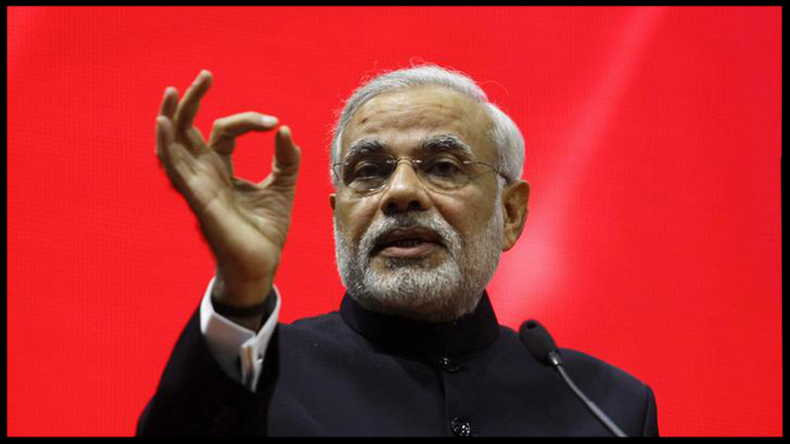 New Delhi: Delhi University on Tuesday put its stamp of approval on the authenticity of the Prime Minister Narendra Modi’s Bachelor of Arts graduation degree which, along with his MA degree in “Entire Political Science” obtained from Gujarat University, was displayed by Union minister Arun Jaitley and BJP president Amit Shah before the media on Monday.

The university registrar’s statement came on a day when the the Aam Aadmi Party continued to question Modi’s educational qualifications as also the authenticity of the degrees that have come into the public domain after AAP leader Arvind Kejriwal wrote to the Central Information Commission to complain about the denial of information in the matter.

“We have checked our records and it has been authenticated that Prime Minister Narendra Modi’s degree is authentic. He cleared the examination in 1978 and was awarded the degree in 1979,” said Tarun Das, the DU registrar.

Das also sought to make light of the AAP’s claims that the degree was fake because the name on the certificate did not match with that in the statement of marks and also that the marks did not tally properly. “We would like to state that Narendra Damodardas Modi had qualified for  the degree of Bachelors in Arts. His enrolment number was CC 594/74 and his examination roll number was 16594,” the registrar said, putting the record straight.

His assertion came hours after AAP leaders Sanjay Singh and Ashutosh – who on Monday had pointed to some alleged irregularities in the degrees shown by Jaitley and Shah and termed them fake – went to the Delhi University to scrutinise the documents.

The two AAP leaders wanted to meet vice-chancellor Yogesh Tyagi but were told that he was busy. Returning from the campus, Singh questioned why the university was falling shy of revealing the truth on the authenticity of the degrees. “There is an atmosphere of fear here. If all is well with the degree then why don’t they reveal details?” he claimed.

Meanwhile, the prime minister’s school education was also the subject of speculation on social media. Twitter and Facebook were abuzz with questions of how Modi got admission in Delhi University if he had only passed his Secondary School Certificate (SSC) examination – which many believed was the equivalent of class 10 matriculation.

But this controversy too appears to have no basis.

The Gujarati channel, ABP Asmita recently ran a programme covering Modi’s education. A senior Gujarat journalist said investigations had revealed that Modi studied up to class 7 in the Boys Primary School, Vadnagar,  and then did his class 8-11 schooling from B.N. Vidyalaya, Vadnagar, getting his SSC from the Gujarat Board in 1967. The report also said he then did a one year pre-science course – equivalent to class 12 – from M.N. College, Visnagar.

A former student at the School of Correspondence, Delhi University, where Modi was enrolled for his BA, Anees Mohammad, told The Wire that it was quite normal at the time for students to be admitted to the DU after passing class 11.

Mohammad, who was also a National Students Union of India leader at the school, where he had enrolled in 1978, said that till 1977, the School of Correspondence used to admit students after class 11 examinations. “The 10 + 2 system came into being only in 1978 and I was in the first batch to be covered by it. Prior to that we had an 8 + 3 system for higher secondary and after class 11 admission was given in colleges.” Stating that the eligibility for admission was 33%, he also said that pass marks in the distance education were also 33 per cent.

Since the question of Modi apparently failing in the third year and taking four years from 1974 to 1978 to complete his graduation has also been raised by the AAP leaders, Mohammad said this was quite possible as the number of attempts allowed were many. Moreover, he said, the course also provided for appearing in back papers, in which a student had failed. “If the total score of a student was more than the pass marks required in a given year, they were promoted to the next class even if they failed in one or two papers. They were then allowed to sit for these back papers in the subsequent years.”