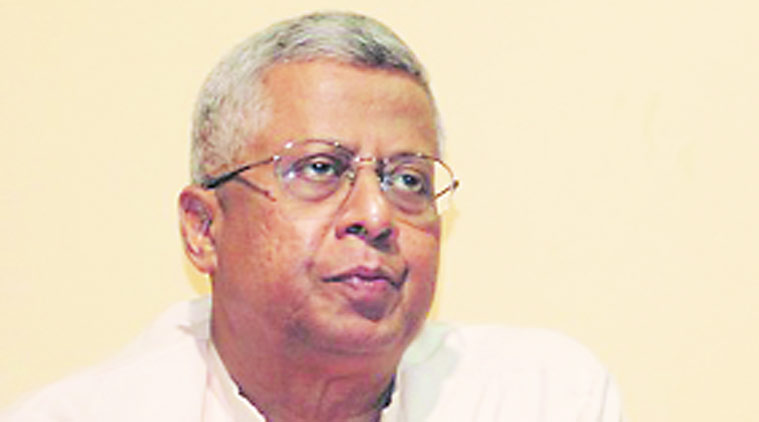 New Delhi: Meghalaya governor Tathagata Roy, who is known for his controversial usage of Twitter, has claimed that India should use tactics used by the Chinese government to quell pro-democracy protests in Tiananmen Square against “engineered disturbances” in north east Delhi.

“Remember Tiananmen Square, Beijing in 1988? And how Deng Xiaoping handled it? Perhaps there is a lesson there on how to handle the engineered disturbances of NE Delhi! I’m sure all comrades will agree!” tweeted Roy.

He was referring to the 1989 students-led pro-democracy protests which was cracked down by the Chinese army, leading to the death of 300 people.

Roy had earlier said tweeted that disturbances in Delhi were “were engineered to coincide with the U.S. President’s visit”. “Trump, like a true statesman, did not discuss India’s internal matters like Art 370 abrogation, ban on Teen Talaq or CAA. Egg on the face of Left-Islamists,” he posted.

Tathagata Roy, who holds the highest constitutional post in the northeastern state of Meghalaya, is not known to ever hold back his views on Twitter.

In December, Roy claimed that those who did not agree with the citizenship amendment act should go to North Korea.

“Two things should never be lost sight of in the present atmosphere of controversy. 1. The country was divided in the name of religion. 1. A democracy is necessarily divisive. If you don’t want it, go to North Korea”.

It had turned into a political controversy with Congress and Meghalaya People’s Labour Union demanding that Roy should be recalled for insulting the state populace for taking part in the anti-CAA protests. Even the BJP state unit had to condemn the governor’s comments.

He had been on leave from his post from December till January this year, ostensibly for medical reasons.

In April 2019, The Economic Times had reported that Roy had been advised by then Union home minister Rajnath Singh against posting controversial statements that were not in line with the gravity of his post.

Also read: Is the Twitter-Happy Tripura Governor Being Reined in by the PMO?

Following the Pulwama terror attack on security personnel last February, Roy had endorsed the call for the boycott of “everything Kashmiri”.

Earlier this week, Roy lashed out against a Twitter who had suggested that he should remove “Governor of Meghalaya” from his bio due to his tweets.

“Retarded child, I was considered a right-wing Hindu ideologue long BEFORE I became a Governor. And the President of India made me a Governor BECAUSE of that. So all that braying you do about the Constitution will merely give you a sore throat. Can your anger, you’re getting nowhere.”