The Delhi Police refused permission to the party for holding the protest, citing that prohibitory orders under Section 144 of the CrPC have been imposed in New Delhi district. 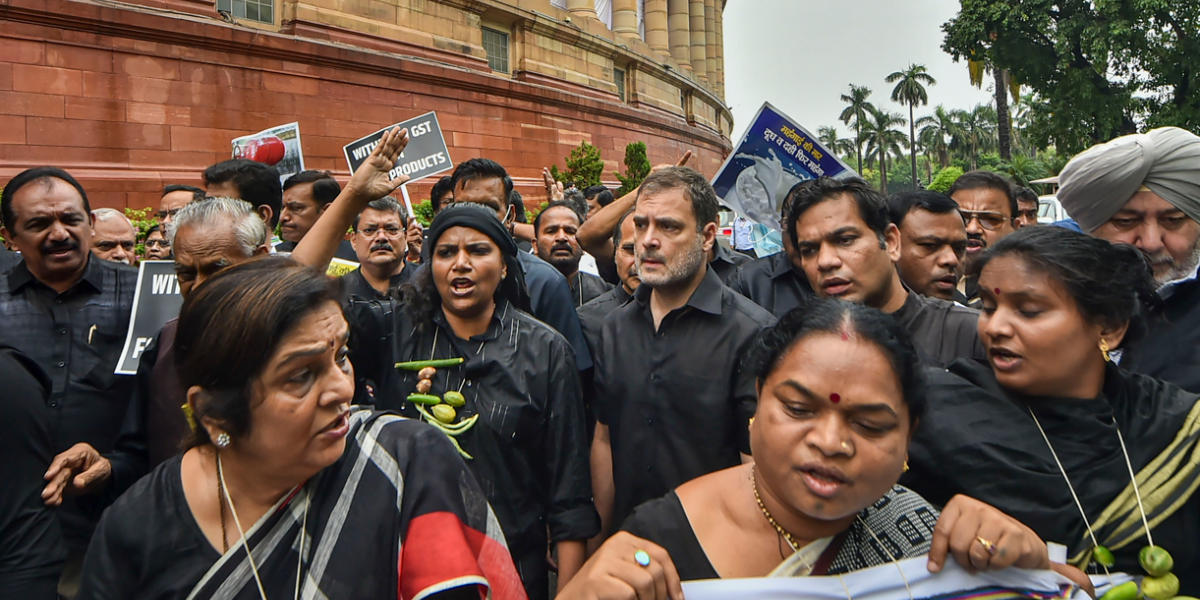 New Delhi: The Delhi Police has denied permission to the Congress for holding a protest in the national capital on August 5, citing that prohibitory orders are in place in New Delhi district, officials said.

The Congress has planned a mass protest against price rise, unemployment and the GST hike on essential items on August 5. It will take out a march to the Rashtrapati Bhavan and ‘gherao’ the prime minister’s residence as part of the protest.

The Delhi Police, in a letter to All India Congress Committee (AICC) general secretary K.C. Venugopal, refused permission to the party for holding the protest, citing that prohibitory orders under Section 144 of the Criminal Procedure Code (CrPC) have been imposed in New Delhi district, the officials said on August 5.

“Information has been received through reliable sources that you along with your supporters are going to hold the protest on Friday. In this regard, it is to inform you that Section 144 CrPC is in force in the entire area of New Delhi district except Jantar Mantar, protest/dharna/gherao in the area of New Delhi district on Friday cannot be permitted in view of security/law and order/traffic reasons and existing guidelines,” the letter read.

“Any violation of the direction may invite legal action against you,” it stated.