While only four tweets have been taken down, it is noteworthy that the EC was not forced to act for other recent state elections like the one in Jharkhand. 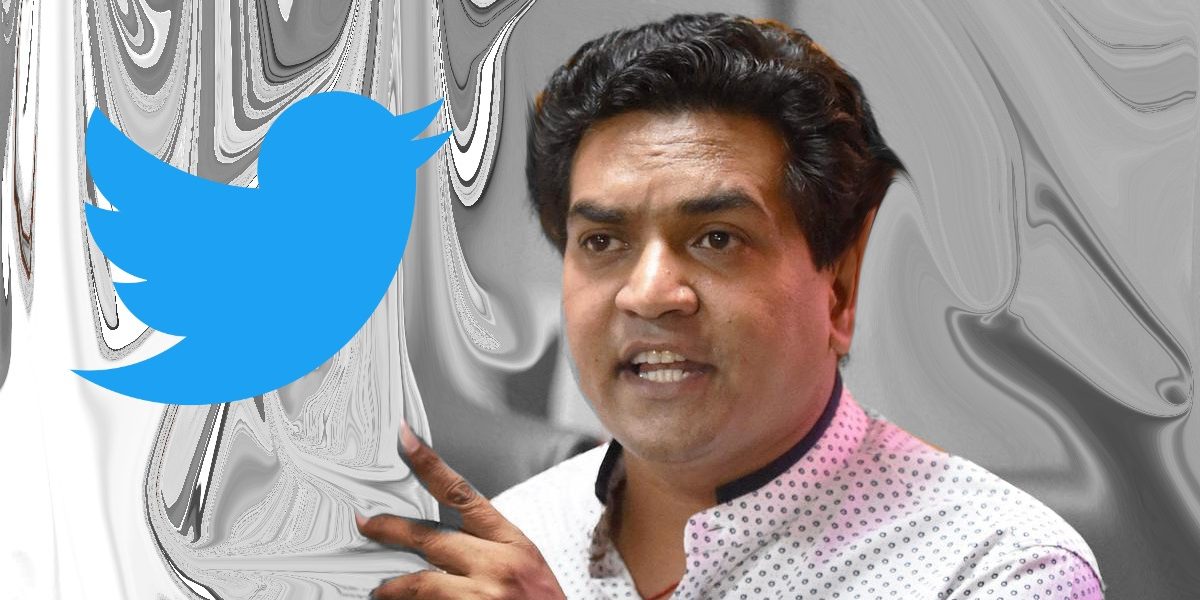 Three of the four tweets the EC wanted removed were by the BJP's Model Town constituency candidate, Kapil Mishra. Illustration: The Wire

New Delhi: The Election Commission has so far issued four legal orders to Twitter in the context of the Delhi state elections, asking it to take down content that it deems violative of the Model Code of Conduct (MCC).

All the content that has been taken down is connected with the Bharatiya Janata Party – three tweets by the party’s state leader Kapil Mishra and one by the BJP’s official Delhi Twitter handle.

In its requests to Twitter, the Election Commission (EC) has said that the inflammatory tweets not only violate the MCC, but also in one case run afoul of Section 153A of the Indian Penal Code, which makes illegal any act that promotes enmity between different groups on grounds of “religion, race, place of birth, residence, language etc…”.

One of the tweets by Mishra, the EC has said, also is a violation of parts of The Representation of the People Act, 1951, that deal with ensuring peace between Indian citizens on grounds of religion.

While four orders blocking limited content is relatively small – especially when compared to the 2019 general election, when scores of tweets were taken down due to the MCC – many state elections don’t see any intervention by the EC.

For instance, no orders asking inflammatory content to be taken down appear to have been sent by the EC for the recent Jharkhand state election, or even the Maharashtra election before that.

What did the four blocked tweets say?

A request sent out by the EC on January 28, 2020 asked Twitter to block an inflammatory meme tweeted out by official BJP Delhi handle (@BJP4Delhi). The tweet, which consists of the classic two-photo ‘art-artist’ meme, juxtaposes a picture of a burning bus with Aam Aadmi Party MLA Amantullah Khan. 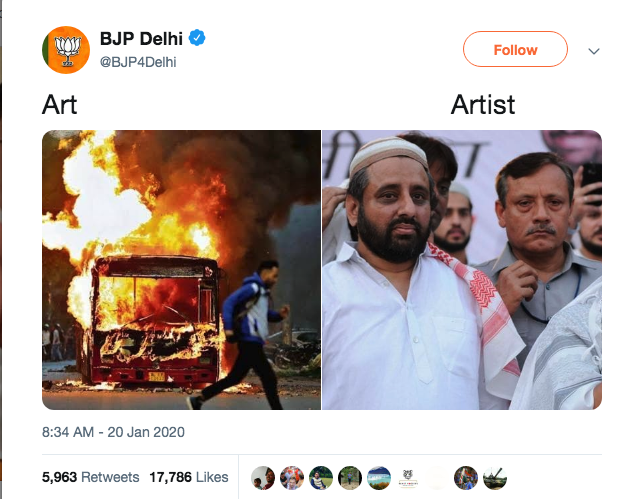 The tweet put out by the BJP which was taken down.

Presumably, what the BJP’s Delhi unit is trying to allege is that Khan’s artwork consists of destroying public property. This tweet got thousands of re-tweets and likes.

Three tweets of BJP state leader Kapil Mishra have also been taken down. While the EC”s first request was widely reported by the mainstream media on January 25, since then, two more requests have gone out.

The most recent take-down concerns a tweet that was posted on February 3, 2020. Mishra, who is the BJP’s candidate for the Model Town constituency, claimed that the AAP should be renamed as the Muslim League, and said that those who patronise “Umar Khalid, Afzal Guru and Burhan Wani” should be afraid of Yogi Adityanath.

The other two tweets refer to Mishra’s sarcastic comments on how the February 8 election is a contest between India and Pakistan, with the BJP presumably being India and the Congress and AAP representing Pakistan.

In the run-up to the 2019 general elections, as reported by The Wire earlier, Twitter quickly responded to the Election Commission’s requests and took down content made from the verified accounts of senior politicians. For example, tweets posted by the BJP’s Yogi Adityanath, Giriraj Singh, Amit Malviya and SAD’s MS Sirsa were removed.

Interestingly, for the Delhi elections, while the EC has so far removed only tweets put out by BJP-linked accounts, it is AAP that leads so far in terms of social media expenditure. According to one analysis of Facebook data, AAP has published advertisements worth over Rs 42 lakh in one month (January 1-February 2), while the Congress has spent the second most. The BJP’s state unit has spent less than both AAP and the Congress.