A Once Mutinous Delhi Now Suffers in Docility

Obedience and conventionality seem to have reasserted themselves as core values, as the rebellious spirit of Delhi declines. 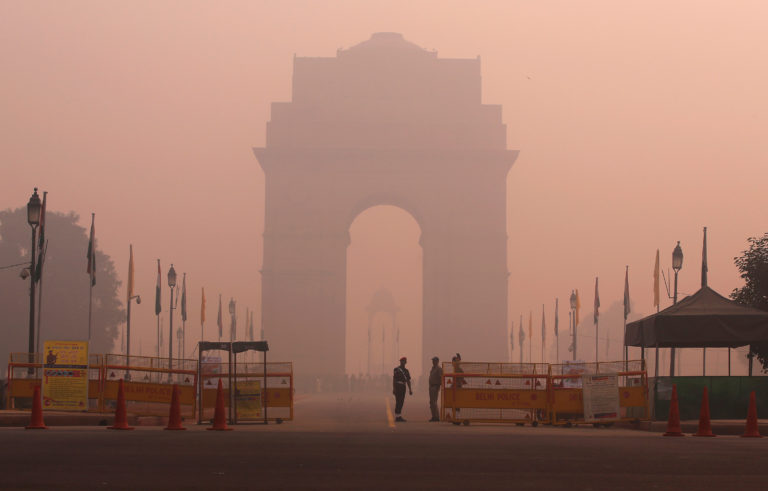 Author’s note: This piece was originally written for the newspaper Mint. They objected to two words, which they said were potentially defamatory. I objected and could see no basis on which these two words might be seen as defamatory, and withdrew the piece. I decided that to change these words would mean succumbing to exactly that sad spirit of obedience and docility that I was trying to highlight. Was I right to withdraw the piece? And the two words… Can you guess? Read carefully. The answer is at the end.

Delhi is a sad place these days. For me, at least. In November, I returned for a few weeks to the city that had been my home for many years to promote a new book, and to sift through my belongings and take what little I needed to the West, where I now live.

I arrived at the worst of times. The polluted air scratched like a rasp at the back of my throat from the moment I stepped out of the airport building. Queues of sad, resigned people snaked their way through the street into those few banks that were disbursing new banknotes. And on my first night, there was an earthquake (only a minor tremor, as it turned out) which had me jumping out of bed in the top-floor flat I had borrowed from a friend. I peered through the window to see if people were gathering in the streets, but the pre-dawn smog was so thick that I could see nothing but my own anxious face reflected in the glass. It all seemed like the beginning of the end. The apocalypse, perhaps. Or an extremely bad dream.

The following day, a friend presented me with a face mask so I could walk in my favourite park, which had become a dustbowl. I was too embarrassed to wear it at first, but my growling cough convinced me to put it on. This friend was planning to move to Chandigarh, where the air was less toxic. Others had already left. A foreign journalist new to the city told me he could not bring his children to live in Delhi. Everyone had a pollution story, but for most leaving was not an option. Several had terrible September tales to tell, of chikungunya and dengue fever – worse, they said, than ever. Delhi is not a healthy city.

I had first reacted to the lack of banknotes with humour: the wonderful kitschiness of the new Rs 2000 note, with its pink Gandhi; the bemused Japanese tourists at the airport waving their pink Gandhis in the air, begging for change; the staggering heights of incompetence attained by those responsible for implementing demonetisation. Friends of the finance minister wondered aloud whether he had been told about it in advance – and whether it was more humiliating for him not to have known or to have made such a poor job of implementation. Some conspiracy theorists told me the incompetence was deliberate, aimed at creating a sense of solidarity at a time of supposed adversity. I laughed this off. But it was no joke for the poor. 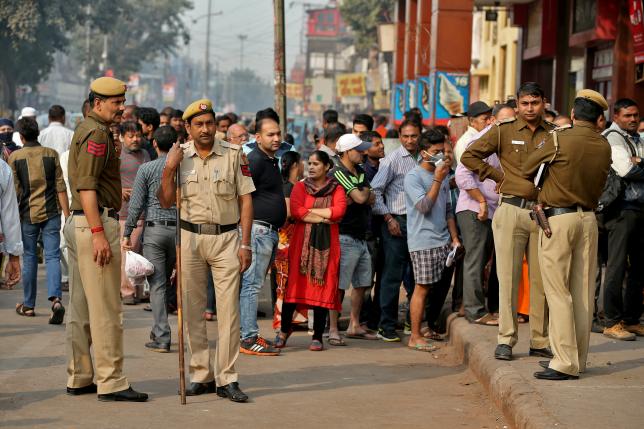 I was lucky, I could borrow money or pay by card. And I only had to queue up at a bank once. It was a depressing experience – a reminder of just how badly the poor are treated in Delhi, and how they respond, on the whole, with docility. Elsewhere in the world, there would be a revolution, I thought to myself. The bank staff corralled and insulted these low-wealth customers, treating them as if they were livestock, or worse. At one point, an old man clutching three Rs 500 notes collapsed. The bank staff did nothing. Later, an employee emerged with a large tray with glasses of water. I thought it might be for the customers, but no, it was only for the tellers. Once I had got my money, I was asked by one of the staff if I could recommend any NRIs who might like to open a bank account. I think my response may have been a little curt.

If I had left after that first week, I would have had nothing good to say about Delhi. It had gone to the dogs; it was poisoning itself – literally and metaphorically. Now, I did not exactly change my mind. But, as time passed, I was reminded of why I had fallen in love with Delhi. It is still an extraordinarily exciting city. I walked as much as I could, as I always have and that made me feel at home again, treading the streets, never knowing what I would encounter around the next corner. And I was nourished, as usual, by friendship and fine food. Some of those friends reminded me of how I used to defend Delhi. And I felt disloyal and began to search for what was good.

Actually, it was friendship itself – old and new – that helped me emerge from my Delhi despondency. There were several unexpected, unforgettable, impromptu evenings: a friend who I bumped into at an art gallery invited me to watch a Czech film from the 1960s (Daisies – it was brilliant) on his rooftop, and there I met the person who ran what was once my favourite Delhi restaurant. The restaurant was long closed, but a few days later I was eating at her house, a replica of my favourite Delhi meal. And then I went off to attend, in the middle of the night, the 802nd birthday celebrations of Nizamuddin Auliya. These may be small things, but they feel like Delhi at its very finest. 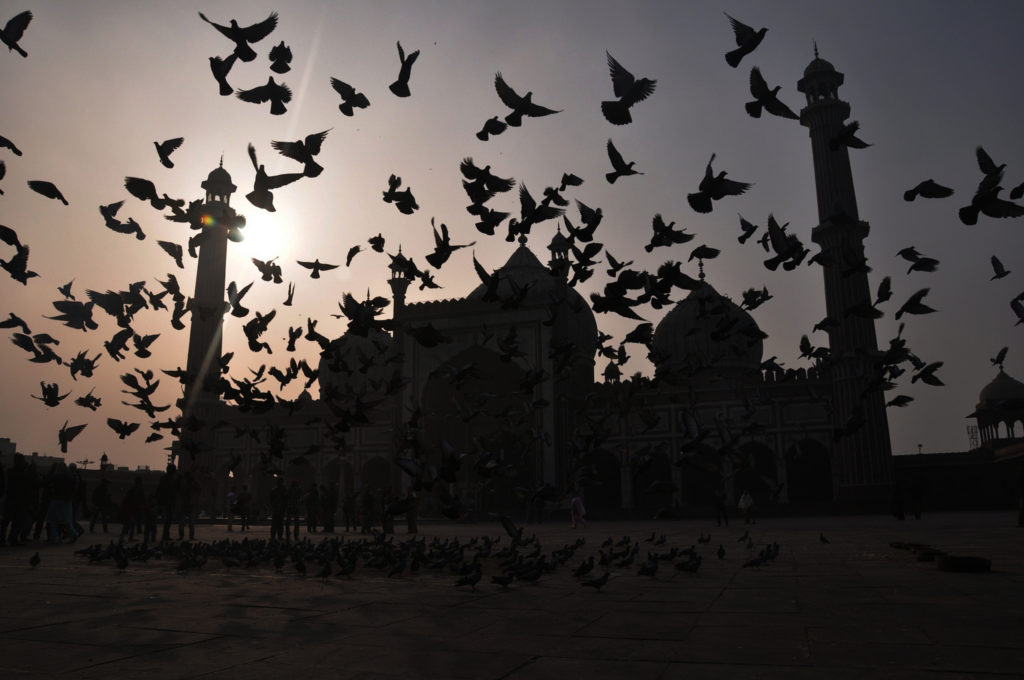 V.S. Naipaul wrote once of India’s ‘million mutinies’, as if these mutinies might serve as substitutes for that revolution that never happened. And in the turnout at Delhi’s Queer Pride Parade, or in the response to Kanhaiya Kumar at the Delhi literature festival, I felt proud of the city that was once my home. But am I wrong to think that there are fewer mutinies now, and that number is ever-decreasing? Obedience, docility and conventionality seem to have reasserted themselves as core values – and the mutinous spirit of Delhi is in decline.

Well-off liberals bite their tongues or privately mock Mr Chhappan. And they can point to no alternative. And it is the poor who suffer, in major and minor ways. They cannot seek sanctuary from the pollution with air filters or by fleeing to the hills. The BRT bus lane, which for me symbolised an attempt (albeit badly implemented) to put the interests of the poor ahead of the rich, has been torn up; there seems to be new-found aggression on the part of drivers towards pedestrians, who seem to consist only of the poor and me. Meanwhile the state and central governments are locked in a stalemate. Everyone seems to agree that pollution is a very bad thing. But just who is doing anything about it?

I have now left Delhi and I am in London, the city of my birth, for a while. Here and in Paris they also complain about the pollution, but they do not have a clue. They talk of inequality, but they have no idea. A quick trip to Delhi would provide some perspective. They could also treat themselves to some decent Indian food. The best of Indian cuisine – Bengali, Andhra, Naga – which nourished me through my Delhi stay is simply not available. In London everything, even meeting one’s friends, needs to be planned weeks in advance. And when I walk the streets nothing ever happens. I am already missing my old home.

Sam Miller is the author of Delhi: Adventures in a Megacity (Penguin 2009). His latest book is a translation of Alfred Assollant’s Once Upon a Time in India: the Marvellous Adventures of Captain Corcoran (Juggernaut 2016).

The two words were ‘Mr Chhappan’.