The ascendancy of Deendayal Upadhyay, who abhorred the idea of secularism, opposed Hindu-Muslim unity and aimed to build a Hindu rashtra, in current political discourse is a sign of things to come. 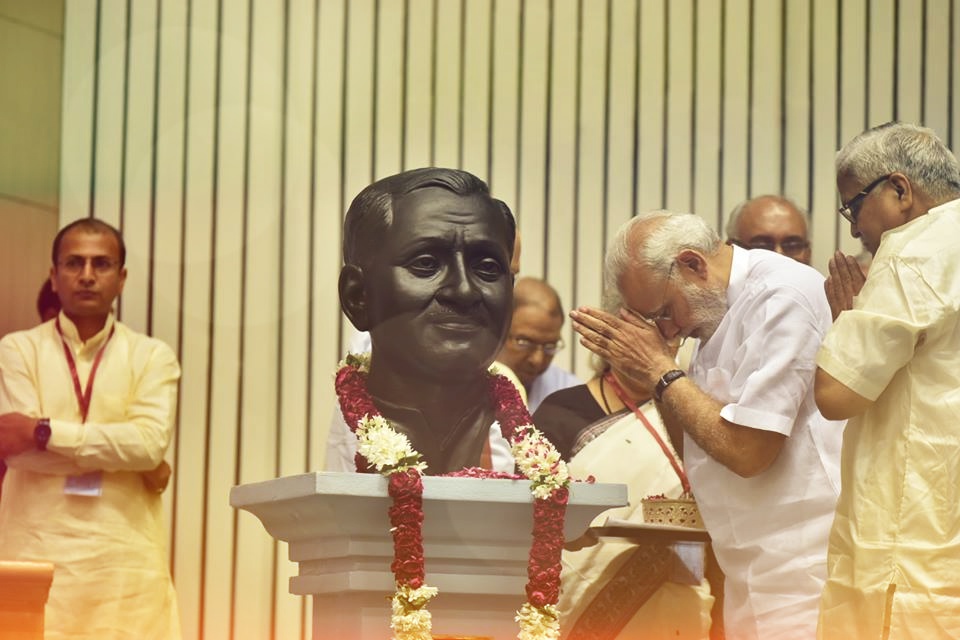 History was ‘remade’ in Rajasthan recently.

Till date, we knew that in the famous Battle of Haldighati fought in 1571, Maharana Pratap lost to Mughal emperor Akbar. From now on, students in the state will be taught that it was not Pratap but Akbar who lost the battle. Rajasthan University has finally accepted a proposal sent by a BJP MLA to revise the varsity curriculum, based on the ‘findings’ of a regional writer/historian.

This move, which appears to address the demands and anxieties of a particular formation, will be debated for a long time, as history is not something that can be ‘made’ by historians at the whims of politicians; it is a knowledge system based on facts – collected over years, decades and centuries.

But what should worry us more is the surreptitious manner in which Mahatma Gandhi has been put on the same pedestal as a key leader of the ruling dispensation in the parliament. The inadvertent or deliberate manner in which this name found mention in the President Ram Nath Kovind’s speech caused an uproar on the floor of the House.

No doubt the BJP feels strongly about Deendayal Upadhyay (September 25, 1916-February 11, 1968) who is considered the foremost architect of the Bharatiya Jana Sangh, the forerunner to the BJP. The party last year undertook the task of celebrating his birth anniversary in a big way. The Modi government announced the constitution of two committees for the commemoration, with the prime minister chairing a 149-member national committee and home minister Rajnath Singh heading a 23-member executive committee. Apart from attaching his name to various schemes and programmes, his collected works are also being sent to thousands of government-run schools in those states where the BJP is in power.

But will this ‘iconisation’ suddenly make the masses develop a selective amnesia about many aspects of his life and his worldview so that it moves ahead to build an egalitarian society as “envisioned by Deendayal Upadhyayaji”?

His biographers tell us that Upadhyay became socially and politically active as an RSS worker in 1937 at the age of 21, but maintain a strange silence over his role in the final decade before independence, suddenly jumping to 1947 when he was asked to become editor of a few publications under the Rashtra Dharma Publications started by the RSS.

The late 1930s and early ’40s were among the stormiest periods in colonial India when the masses rose against the British in many ways. The Quit India Movement occurred over this period; it was also witness to militant strikes by workers and the Royal Indian Navy revolt, the Tebhaga rebellion by peasants in Bengal and the Telangana peasants armed struggle.

And what were Upadhyay and his troupe of pracharaks/swayamsevaks doing during that stormy period?

What his biographers do not want to highlight is that he, like all fellow pracharaks, had kept himself aloof from the struggle and continued to focus on organisation building for the Sangh’s aim of Hindu rashtra, a fact that has been acknowledged in contemporary reports of the British intelligence agencies. According to one report:

“..the Sangh has scrupulously kept itself within the law, and in particular, has refrained from taking part in the disturbances that broke out in August 1942”. (The Brotherhood in Saffron: the Rashtriya Swayamsevak Sangh and Hindu Revivalism)

It was clear that these Hindutva enthusiasts were just following the line set by Sangh supremo M.S. Golwalkar where he had famously said :

“In 1942 also there was a strong sentiment in the hearts of many. At that time too the routine work of Sangh continued. Sangh vowed not to do anything directly. However, upheaval (uthal puthal) in the minds of Sangh volunteers continued. Sangh is an organisation of inactive persons, their talks are useless, not only outsiders but also many of our volunteers did talk like this. They were greatly disgusted too.” (M.S. Golwalkar, Shri Guruji Samagra Darshan (Collected Works of Golwalkar in Hindi)) 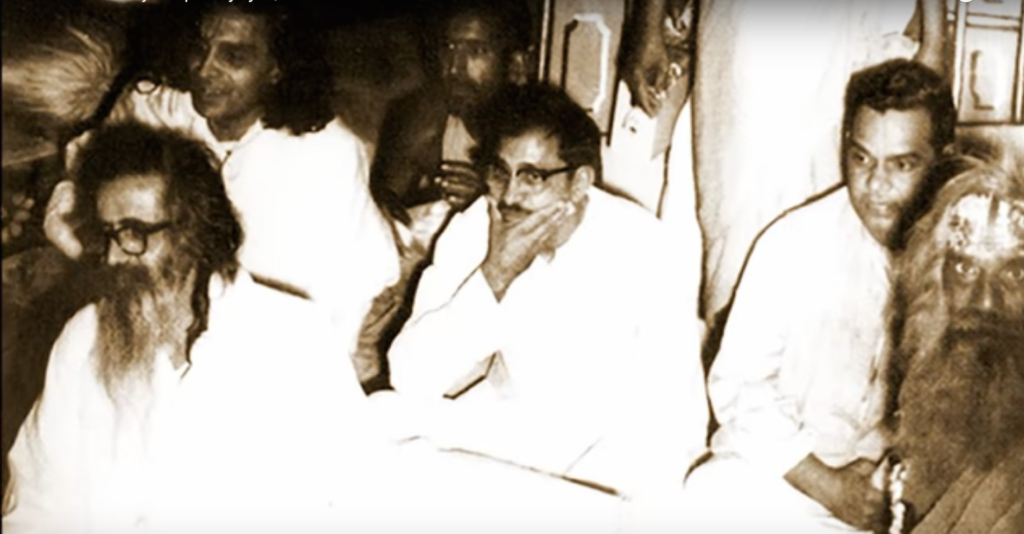 What is more disturbing is that instead of taking a self-critical view about the organisation’s non-participation in the struggle against British rule later, he even tried to rationalise this lack of opposition to the anti-British struggle that stigmatised the great martyrs who had sacrificed their lives for the cause of independence.

“…we were obsessed by the misleading notion that freedom consisted merely in overthrowing foreign rule. Opposition to a foreign government does not necessarily imply genuine love of motherland… During the struggle for independence great emphasis was laid on the opposition to British rule… It came to be believed that whoever opposed the British was a patriot. A regular campaign was launched in those days to create utter dissatisfaction against the British by holding them responsible for every problem and misery which the people in our country had to face.” (C. P. Bhishikar, Pandit Deendayal Upadhyaya: Ideology and Perception: Concept of the Rashtra)

Apart from non-participation in or opposition to the anti-colonial struggle, Upadhyay’s views on Hindu-Muslim unity, for which Gandhi laid down his life, were highly problematic; he termed those advocating Hindu-Muslim unity as ‘Muslimparast’ and opposed such ‘unity’ policies of the Congress.

The Indian Express published a news report on an article outlining these views:

“..[a]n article in RSS mouthpiece Rashtra Dharma has claimed that Sangh ideologue Deendayal Upadhyaya was against ‘Hindu-Muslim unity’ and believed that issue of ‘unity’ was ‘irrelevant’ and appeasement of the Muslims.

Titled ‘Muslim Samasya: Deendayal Ji Ki Drishti Mein’, the write-up appeared in a special edition of the Rashtra Dharma, which was released by Union minister Kalraj Mishra in Lucknow on Sunday. This special issue of the monthly magazine is dedicated to Upadhyaya and carries articles about him and his views.

Written by Dr Mahesh Chandra Sharma, the article even claimed that Upadhyaya said that “a person turns an enemy of the nation after becoming a Muslim.”…

…“If the nation’s control is in the hands of those who belong to India but are not different from Qutubuddin, Allauddin, Muhammad Tughlaq, Firoz Shah Tughlaq, Shershah, Akbar and Auarangzeb, then it should be said that centre of their affection isn’t the Indian life.”

Sharma is the editor of Upadhyay’s collected works, which were brought out in 15 volumes last year.

Upadhyay reiterates his understanding about Muslims being a ‘complex problem’ elsewhere too:

“after independence many important problems had to be faced by the government, the political parties and the people… But the Muslim problem is the oldest, the most complicated and it assumes ever-new forms. This problem has been facing us for the last twelve hundred years.” (B.N. Jog, Pandit Deendayal Upadhyaya: Ideology & Perception-Politics for Nation’s Sake) 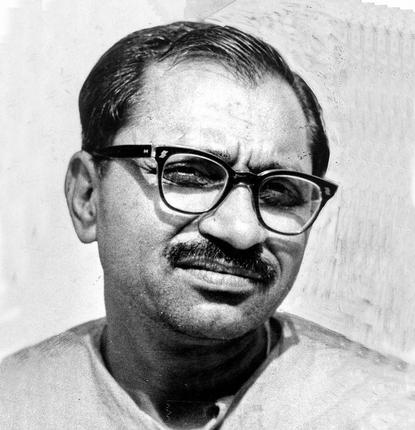 Anybody can see that the manner in which Upadhaya views Muslims as a ‘problem’ has deep resonance with Gowalkar’s worldview; the RSS supremo described Muslims as ‘internal threat no 1’ in his book Bunch of Thoughts.

It is well known that when many leaders in newly independent India were struggling to have a constitution that was premised on the inviolability of individual rights with special provisions of positive discrimination for millions of Indians who had been denied any human rights, the RSS under Golwalkar espoused the manusmriti as independent India’s constitution.

In the November 30, 1949 issue of the Organiser, the RSS complained:

“But in our constitution there is no mention of the unique constitutional developments in ancient Bharat. Manu’s laws were written long before Lycurgus of Sparta or Solon of Persia. To this day laws as enunciated in the Manusmriti excite the admiration of the world and elicit spontaneous obedience and conformity. But to our constitutional pundits that means nothing.” (Organiser,  November 30, 1949) 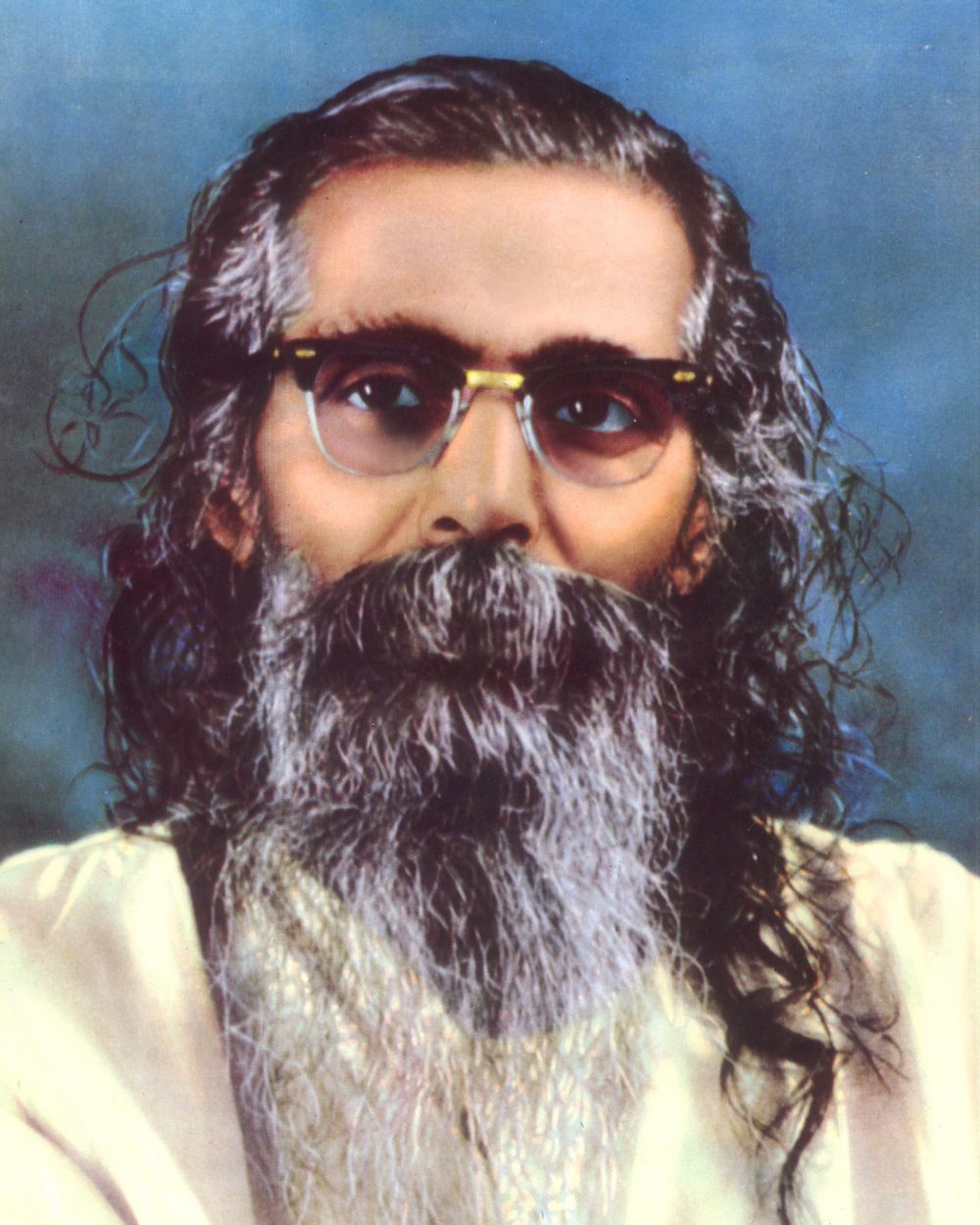 Upadhyay – as a disciplined pracharak of the organisation – would have surely been a witness and participant in the organisation’s work at that time, which brought him closer to the RSS supremo. Later he seems to make a more refined sounding argument justifying casteism, even equating it with swadharma (one’s own religion):

“Even though slogans of equality are raised in the modern world, the concept of equality has to be accepted with discretion. Our actual experience is that from the practical and material point of view, no two men are alike… Considerable bitterness could be avoided if the idea of equality as conceived by Hindu thinkers is studied more carefully. The first and basic premise is that even if men have different qualities and different kinds of duties allotted to them according to their qualities or aptitudes, all duties are equally dignified. This is called swadharma, and there is an unequivocal assurance that to follow swadharma is itself equivalent to the worship of God. So, in any duties performed to fulfill swadharma, the question of high and low, dignified and undignified does not arise at all. If the duty is done without selfishness, no blame attaches itself to the doer.” (Pandit Deendayal Upadhyaya: Ideology and Perception: Concept of the Rashtra)

The Jana Sangh adopted “integral humanism” as its “guiding ideology” in 1965, which was also adopted by the BJP in 1980. If we try to analyse Upadhyaya’s much talked about ideas of integral humanism, one again finds his fascination towards varna vyavastha. Christophe Jafferlot adds:

There are numerous accounts to detail how Upadhyay abhorred the idea of secularism or how he felt that the constitution had to be changed radically as “it runs counter to the unity and indivisibility of Bharat. There is no recognition of the idea of Bharat Mata, our sacred mother land, as enshrined in the hearts of our people.” And how “[The] Jana Sangh believes that Bharatiya culture like Bharatvarsh is one and indivisible. Any talk of composite culture, therefore, is not only untrue but also dangerous, for it tends to weaken national unity and encourages fissiparous tendencies” (Jana Sangh’s Principles and Policies).

The uproar in parliament over the equating of Gandhi and Upadhyay may have passed, but it is a lasting sign of things to come.

As the BJP consolidates its power at the Centre and across the states, it is a long haul as far as the vision for a new India goes. The inclusive, forward looking vision of Gandhi, Jawaharlal Nehru, Maulana Azad and Babasaheb Ambedkar for independent India is slowly giving way to a exclusivist vision for an aspiring India. This appears invincible at the moment.

Subhash Gatade is a writer, translator and activist.