Debate: First Past the Post Means India is Only a Namesake Democracy

The country's first-past-the-post system of election has failed to ensure representation to the minorities. 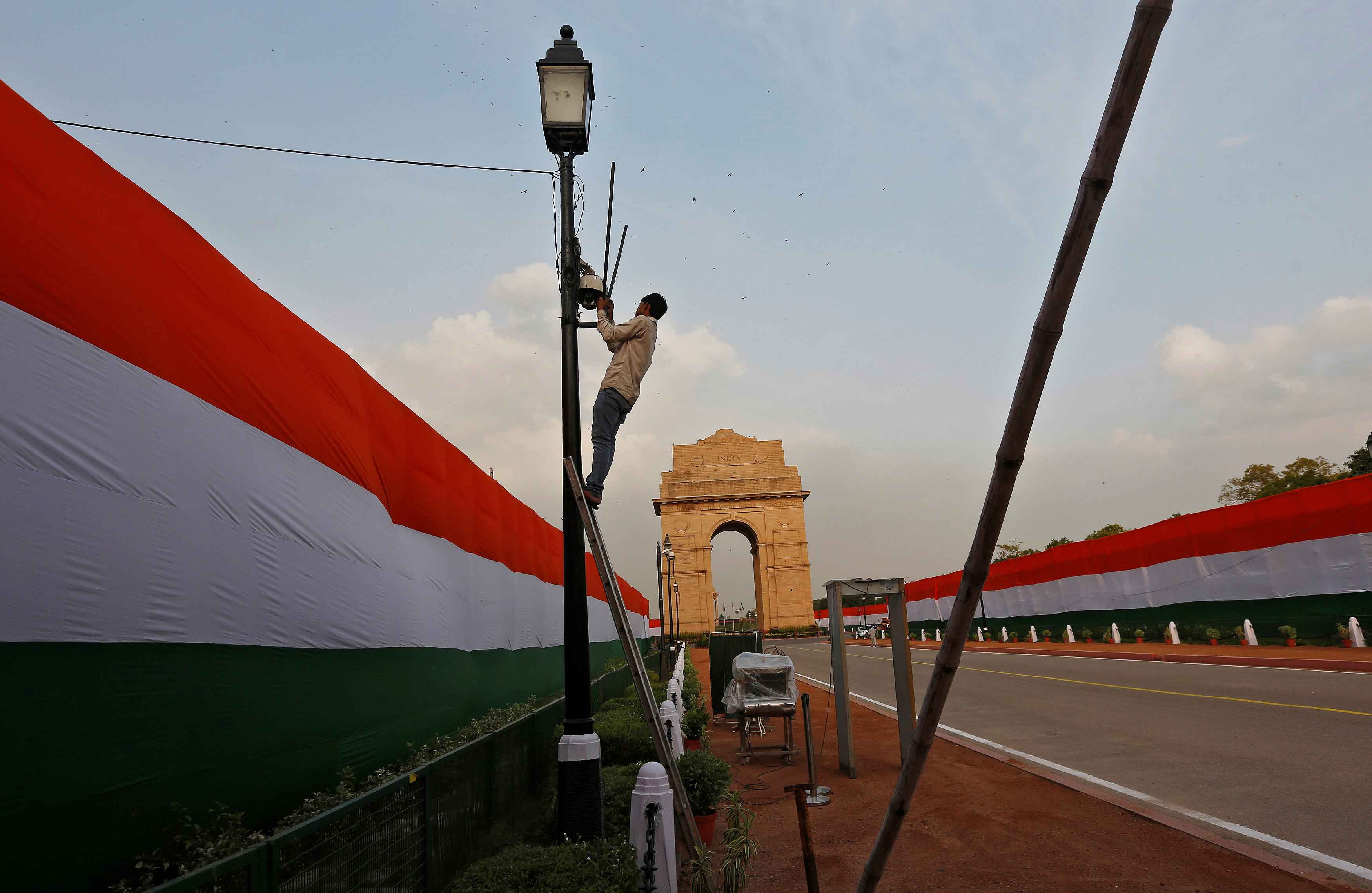 Elections are indispensable to a democracy, and since India is a democracy – the world’s largest one at that – elections here continue unabated. However, the country’s staple system of electing representatives, commonly known as the first-past-the-post (FPTP) system of election, has led to the deep chasm between the composition of the electorate and elected representatives.

In the FPTP system, each voter has one vote and a candidate is elected from a constituency if she receives the highest number of votes. There is no minimum threshold of votes that candidates are required to secure in order to win the election. For instance, a candidate may win with 35% of votes while her opponents get 34% and 31% votes respectively.

The winner then, despite being in minority in as much as the majority of the constituency has voted against her, takes all i.e. represents the constituency while the votes given to the other candidates are “wasted” as far as the democratic process is concerned.

The object of the system is just to decide which candidate races past others, almost akin to a horse race from where the term FPTP originated. Also, the degree of win is irrelevant and the candidate may win by a landslide or a lucky draw. While a candidate representing only a part of the constituency is a dangerous problem on its own, it leads to more serious issues at the state and national level.

To begin with, in the FPTP system, there is absolutely no link between the vote share obtained by the political parties and the concomitant number of seats secured. For instance, in the 2014 general elections in India, the Bhartiya Janta Party (BJP) had 31% of the vote share but this translated into almost 52% of the total seats in the Lok Sabha. A 19% vote share for the Congress, however, meant only 8% of the seats.

The contrast is all the more glaring in the case of smaller parties. For instance, in the same elections, the Trinamool Congress (TMC) with a vote share of 3.84% had 34 Lok Sabha seats. However, a higher vote share of 4.14% did not convert into even a single seat for the Bahujan Samaj Party (BSP).

Thus, FPTP mostly manufactures majorities by exaggerating the share of seats of the leading party while it simultaneously penalises smaller parties, particularly those whose support is spatially dispersed.

As of now, FPTP has completely failed to ensure representation to the minorities commensurate with their demographic share. For instance, Muslims, the largest religious minority in India, have dismal representation in both the present Lok Sabha and state legislative assemblies as reflected in the tables below.

In fact, in the Lok Sabha, their representation, since independence has always been below their demographic share and this has particularly worsened in the current Lok Sabha.

Table 1: Representations of Muslims in the state legislative assemblies

Note: The data for Andhra Pradesh includes Telangana as well. Only those states have been considered where Muslims are in minority.

Table 2: Representation of Muslims in the Lok Sabha

Note: Population data has been taken from the Census of India

A democratic decision in order to be considered legitimate must include all those affected by it in the decision-making process. The FPTP system clearly violates this as minorities are not even accorded representation, forget about participation in the decision making process. An electoral system skewed in favour of a majority is not conducive to a heterogeneous India, particularly when the Indian constitution also does not have political safeguards for religious minorities.

Rationale behind India’s choice of FPTP

Different democracies choose different electoral systems to represent people and their preferences or interests. Many members, during the constituent assembly debates, had proposed various forms of proportional representation (PR) as the most appropriate form of electoral system for the newly independent country.

While PR has many variants, the underlying principle of the system is that seats are accorded to a political party in proportion to the votes cast for it. Thus the system is more reflective of the popular will and also dilutes the perils of majoritarianism that FPTP unleashes with its unilateral focus on absolute majority.

Kazi Syed Karimuddin, in his speech, while advocating PR, had said that it is a better method of representation of minorities than the reservation of seats.

However, for a country ravaged by sectarianism, B.R. Ambedkar believed that a stable government with a majority in the Lok Sabha was more essential in order to maintain law and order.

Also, members of the assembly believed that the PR system may prove to be too complex for Indian voters, most of whom were illiterate at that time and were being introduced to universal adult suffrage for the first time. Also, Ambedkar regarded PR as an inadequate mechanism to ensure representation of minorities for he believed the PR system would give historically marginalised groups a mere voice in the election of their representatives and not a definite quota as ensured by the reservation of seats.

Thus, Ambedkar’s opposition to PR was under the impression that the Indian constitution would have better means of ensuring minority participation in the democratic process than afforded by PR. However, eventually, reservation of seats for religious minorities came to nought and the PR system also did not fructify.

While the constituent assembly was right in concluding that PR is a complex system and may lead to fragmented legislatures and unstable governments, even the FPTP regime has seen its share of coalition governments and instability. Further, it’s been over 68 years since FPTP was chosen and literacy rates in India have gone up.

In fact, if we follow the election campaigning in India closely, then elections are primarily fought on caste and religious lines, to avoid which the constitution maker had chosen FPTP over PR for they feared PR would lead to political parties being formed on sectarian grounds. However, the country today is as polarised as it can be minus the necessary safeguards for religious minorities.

Democracy, in order to be legitimate, has to be inclusive and this cannot be sacrificed at the altar of stability and simplicity. In India itself, there is a fast-growing recognition that the FPTP system may not completely fulfil the goal of representative democracy.

The Law Commission in its 170th report, submitted in 1999, recommended that India may combine the FPTP system with PR, modelled on the lines of the hybrid system followed in Germany. To that end, the report suggested an increase in the Lok Sabha seats by an additional 25% which could be filled by PR while the FPTP system would continue to be used as earlier for the existing seats.

This proposal was reiterated by the Law Commission in its 255th report issued in 2015 though the government is yet to examine its proposals and take the next steps. Recently, after the state assembly elections in Uttar Pradesh once again produced skewed results in favour of the leading party, an all-party parliamentary panel has started looking at alternatives to FPTP.

Even internationally, there is growing disenchantment with FPTP and many democracies including UK and Canada, are embracing PR. In fact, one of India’s closest neighbours, Nepal, has chosen a hybrid electoral system combining FPTP with PR.

However, it would be wrong to assume that a PR system or a hybrid system for that matter would be a panacea for all problems facing Indian democracy. After all, even the PR system would eventually lead to majoritarian decision-making, albeit all shades of opinion will at least be represented. India must consider Ambedkar’s sagacious suggestion that minorities must have representation in the cabinet in proportion to their population.

This suggestion was put forward by Ambedkar in ‘States and Minorities,’ a memorandum on the safeguards for minorities in general and the Scheduled Castes in particular drafted by Ambedkar and submitted to the constituent assembly in 1946. It was in the form of draft articles of a constitution and had specific provisions on fundamental rights of citizens, safeguards of the rights of minorities and Scheduled Castes to representation in the legislatures, local bodies, executive and services.

The suggestion was rejected then but if India, often hailed as world’s largest democracy, is to truly become one, it must consider it. After all, what is a democracy if distinct opinions are not part of the decision-making process?