The idea being put around that Modi won because India identifies with him is wisdom after the fact. 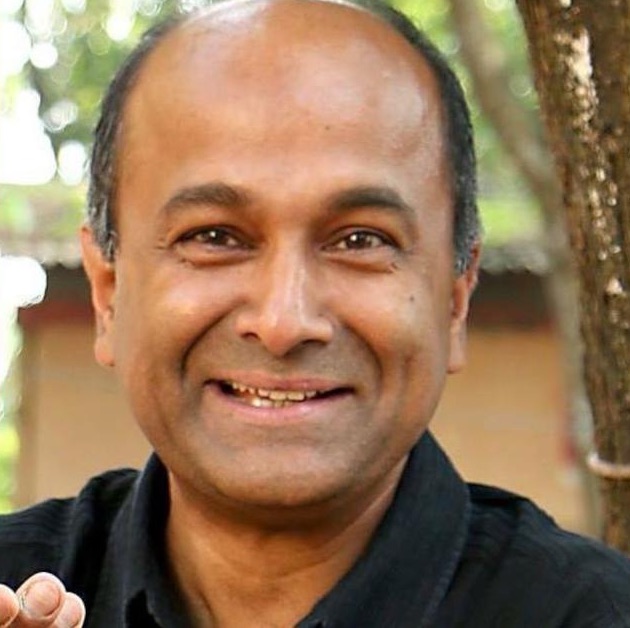 Indian elections are preceded by predictions such as either X will win with a majority, or Y will win with a majority. If neither gets a majority they will team up with other parties. It is also possible that X or Y may get less votes than they thought. This mindless psephology finds its counterpart in post factor stocktaking in which intellectuals and columnists work backwards to show that the election results were inevitable and provide arguments of much sophistry and sophistication.

It was only a misguided few or those who live in the eternal sunshine of the thoughtless mind who believed that the Bharatiya Janata Party would not win the 2019 Lok Sabha elections. It was always a question of the margin of victory. The results have surprised everyone; not only the majority that the National Democratic Alliance commands in parliament, but the decimation of the Congress. There has been much ink spilt since on how this election was about the personality of Modi; that the BJP campaign had been run like a presidential campaign; that the Congress and “liberals” were not disciplined enough to create an election machine, and so on.

Increasingly, there is the idea being put around that Modi won because India identifies with him. This is wisdom after the fact, since before and during the elections, farmers marches, diatribes about demonetisation, public hilarity about the photo-op prime minister and the unprecedented spike in stand-up comedy routines about Modi indicated that there was much skepticism both about the person and his policies.

In a post-election column for the Indian Express, one of our most astute public intellectuals, Pratap Bhanu Mehta, has expressed the view that “All our normal categories of political analysis and statistical jugglery come to nought when they are faced with Narendra Modi.” To use the BJP’s supercharged Hindu vocabulary, Modi is a brahmastra, he is the visvaroop of Vishnu in the face of which all words succumb and so on. This is neither here nor there. The inability of a person to analyse a phenomenon does not mean that the phenomenon is in itself beyond rational explanation. Otherwise, all our social science students would get away with a mere sense of awe before questions.

Mehta offers three ineffable postulates: first, that Modi “is the purest distillation of the idea of politics” – a 100% proof single malt in the face of country liquor; second, that “he has fully grasped the potential of a dangerous idea in democracy” – quite unlike amateurs like Golwalkar and Savarkar before him, Modi is the fulfilment of all that went before him; and finally, that “he has crafted a way of being everywhere” – he is ubiquitous like brahman, he “colonises our imaginations”. This febrile prose, which suggests that Modi is ineffable essence as much as corporeal politician is startling.

A landscape of corrupt midgets

Such discourse becomes possible in a political landscape of corrupt midgets, with the likes of Digvijay Singh, Mayawati, Mulayam Singh, Sharad Pawar and so on. There has also been a triumphalism regarding what is being seen as the “decimation” of the Left, in which the story of Bengal has been conflated with that of Kerala – where the BJP has not secured even one seat.

It is also being put about that this victory is the end of the identitarian politics of caste, that bugbear of upper caste BJP supporters as much as of our social science establishment. This desire that caste will softly and silently vanish away has been with us since independence, connected as much with Marxist misunderstandings of caste as merely a mystification of class, as much as the belief of an upper caste establishment that affirmative action was a needless challenge to the idea of inscrutable merit.

What is clear is that the near extinction of the Left in Bengal has to do with the internal dynamics of Hindu bhadralok politics in the region as much as the bleeding of CPI(M) cadres and votes to the BJP in the face of the Trinamool Congress’s prior destruction of an elite Left politics which had been Hindu in all but name.

Again, the destruction of the SP and BSP in Uttar Pradesh had to do with the particular form of the politics of patronage and corruption and not a rejection of caste politics as such. It remains to be seen as to what the new form of caste politics will emerge in UP. Hindutva has triumphed not in some final and eternal sense, but conjuncturally, given the rotten state of politics in the states where it won and was expected to win. Not Odisha; not Kerala; not Punjab; not Andhra Pradesh; not Tamil Nadu. That the BJP won in the BIMARU states where development has been a chimera for over 70 years is not unsurprising.

Also Read: On Getting it So Gloriously Wrong…

While there has been much chest-thumping about vikas, swacchata and so on, it is clear that in the states where there has been governance and development, the BJP has little to offer except its Hindu rhetoric. Both in Tamil Nadu and Kerala, the struggle against caste from the early 20th century has produced a discourse of rights, equality and government which has been realised in substantial measure.

It remains to be seen whether the BJP can transform its parliamentary mandate and bring a measure of economic progress and social justice to the historically backward states where it has largely won. Or whether we have another five years ahead of a degeneration of the public sphere, attacks on Dalits and Muslims, and an erosion of institutions which are portrayed only within a retrograde vocabulary of sickularism and libtardness. Modi and Amit Shah have shown what is possible through a radical recasting of grassroots organisation and of working diligently at the local level. This is what the Congress and the Left did. Once. It’s probably time to do so again, before the apocalypse.

Dilip Menon is Mellon Chair in Indian Studies and Director, Centre for Indian Studies in Africa at the University of the Witwatersrand in Johannesburg, South Africa