On the eve of Independence Day, cow protection vigilantes assault the Dalit Asmita Yatra in region where the flogging of Dalit men first occurred. 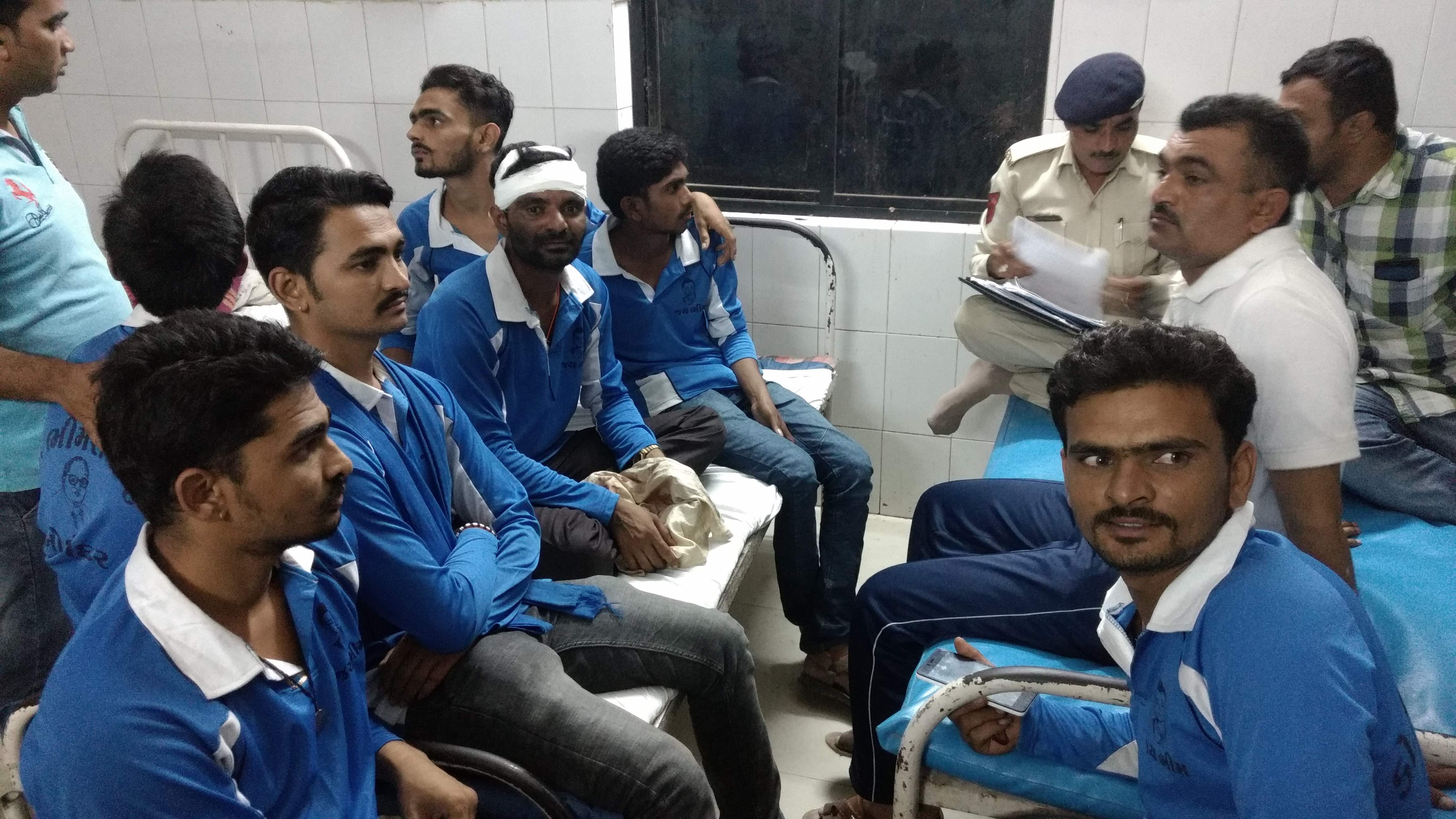 Una (Gujarat): In a violent incident on the tenth day of the Dalit Asmita Yatra that is making its way through Gujarat, vehicles carrying Dalits in four villages were attacked while they were en route to Una for the final day of the event tomorrow.

Witness accounts that came from in Samtera village at around 9:30 pm suggested that different groups of ‘gau rakshaks’ (cow vigilantes)  pelted stones at a Mahindra Bolero the Dalits were travelling in. The Dalits ran away fearing for their lives, leaving the car in the middle of highway, NH 51. Some Dalits were injured and rushed to the Community Health Centre, Una.

Kaushik Parmar, who was on the spot, helped the injured and called 100. “This is not just taking place in just one village. The same incident has happened in two other villages – Khamba and Bodida,” he told The Wire.

In the attack on about ten people at Thangadh, eight Dalits fled while two are still missing. In the second case of attack at Bodidar, some have been grievously injured on their head. In the third and most serious case, about 40 to 50 Dalits travelling to Una were atacked near Khamba. Eight of the 40 travelling in private vehicles to Una were children.

Reports of Dalits being gheraoed in their own homes in Samtera village have also come in. Rajubhai Kunjabhai Parmar, a Dalit who was surrounded and stranded in his house with his three sons and wife managed to call the organisers of the Dalit Asmita rally late Sunday evening. In a brief phone conversation, he stated, “They are threatening the lives of me and my family. I fear for my life even inside the four walls of my house. I fear if I will survive the night.”

Samtera is an upper caste-dominated village and 20 of the accused from the Una flogging incident belong to this village. Earlier on August 14 morning, the cow vigilantes had held a protest and blocked the way at the village. Owing to that, the route of the rally had to be changed in its last leg of the foot march. The march that was to go from Timbi village to Una took a detour via Khamba amid heavy police protection and reached Una later than their scheduled time.

Sources have also stated that the Una police has curtailed the time of the event to be held on August 15. The foot march from Ahmedabad under the banner of the Una Dalit Atyachar Ladat Samiti, that was initially to hold its programme till 10:30 am, will now be given time till 10 am.

Meanwhile, the Una police has mobilised its complete strength to the concerned spots and Inspector General of Police, Junagadh, has been informed of the incidents and is said to be acting on the information.

The district collector of Gir Somnath said he took stock of the situation and did not find anything the bikes or the car that the Dalit victims had left behind. He also refused to comment on what measures were being taken next.

K.N. Patel, deputy superintendent of police of Veraval, visited the injured in hospital. He gave an assurance that an FIR had been lodged, though locals alleged they hadn’t received a copy of it as of 1 am. The injured also alleged that at Samter, the police were present at a distance of 500 metres and yet were mute spectators while Dalits were being beaten up. When asked about this, Patel would not comment.