A formal announcement of Rupendra Rana's candidacy will be made in Bisada, the same village where Mohammad Akhlaq was killed in September 2015. 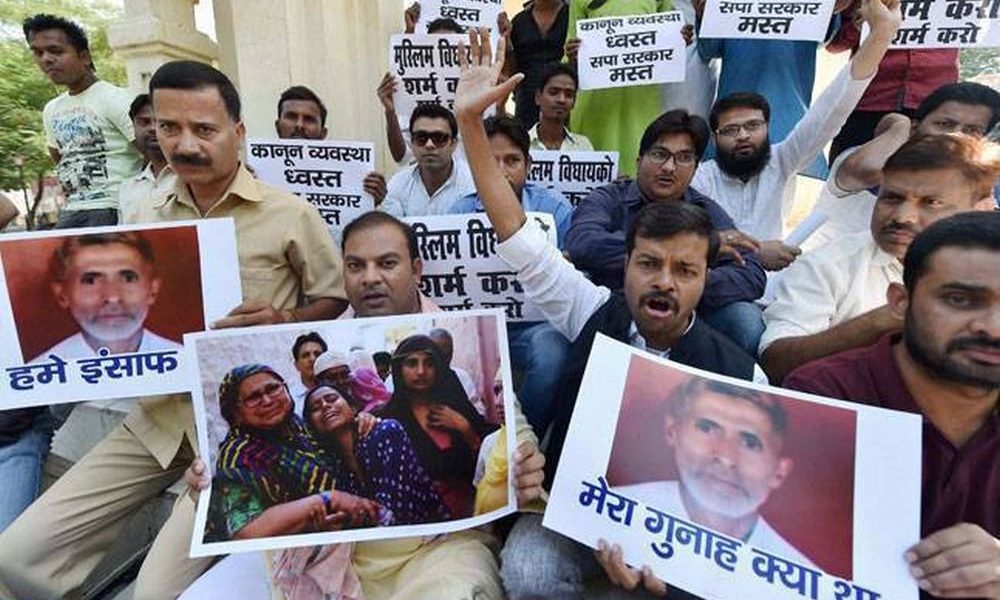 Rupendra Rana, one of the 18 accused of killing Mohammad Akhlaq in UP's Dadri, spent two-and-a-half years in jail and is currently out on bail. Credit: PTI

New Delhi: Just days after Shambhulal Regar, accused of killing and setting a Muslim man on fire in Rajasthan, was offered a ticket to contest Lok Sabha elections by Uttar Pradesh’s Navnirman Sena, the political outfit has courted fresh controversy with its decision to field the Dadri-lynching accused Rupendra Rana from Noida.

Rana, one of the 19 accused of killing Mohammad Akhlaq in UP’s Dadri, who spent two-and-a-half years in jail, is currently out on bail. He will contest the 2019 polls from the Gautam Budh Nagar constituency in Noida.

Confirming the move, Amit Jani, president of the Uttar Pradesh Navnirman Sena, was quoted by Times of India as saying: “Rana is the perfect person to protect cows as he has spent two-and-a-half years in prison for the respect of gaumata [cows].“ Referring to Akhlaq’s role in mob lynching over suspicion of consuming cow meat, Jani added that instead of making “false promises” on cow protection, Rana had “proven his commitment to cows in 2015.”

A formal announcement of Rana’s candidacy will be made in Bisada, the same village where Akhlaq was killed in September 2015.

According to Jani, the party is fielding Hindu-leaning candidates because it wants a “pro-Hindu government”, Firstpost reported. He added that the party will hold a Hindu rally on October 14 as well as a ‘Dharma Parishad’ in November.

The Sena’s decision to field Regar from Agra from the seat reserved for Scheduled Castes was also announced by Jani recently.

“If a person is accused in a murder case it does not mean he is a murderer,” the party’s national president had said while announcing Regar’s nomination, adding: “We want only Hindutva faces to contest elections on our party’s tickets and there can be nobody better than him.”

The UP-based political organisation has in the past been in the news for vandalising statues of former chief minister Mayawati.