In Shadow of Azad's Resignation, Congress Announces Dates for Election of Party President

The election process begins September 22; the last day for filing nominations is October 8 and, if there is a contest, voting will be held on October 17. 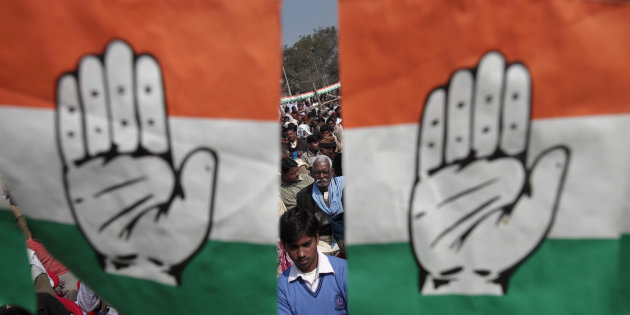 New Delhi: Asserting that the Congress party is the only party in the country where elections are held for the post of party president and its rank and file, and will continue to be held, Jairam Ramesh, party media in-charge, Sunday, August 28, announced the poll schedule.

The Congress Working Committee (CWC) meeting was held virtually, in a first in the history of the Congress, with the Gandhi family joining in virtually to finalise the schedule that has been pushed back by a month. The notification for the polls begins September 22, the last day for filing nominations is October 8 and, if there is a contest, voting will be held on October 17.

There are 9,000 electoral votes and voting will take place at respective state congress offices. The Congress Constitution is silent on what happens if there is no candidate.

Also read: Election for Congress President on Oct 17, Filing of Nominations to Begin on Sept 24

The 30-minute meeting was chaired by Sonia Gandhi and flanked by Rahul Gandhi and Priyanka Gandhi Vadra, who are accompanying the interim Congress chief to the US and to Italy.

The election process was to begin August 20 and end in a month, as per a decision taken at the Udaipur session of the party. The delay is on account of at least seven states not completing  election formalities, Ramesh said, and not because of the inauspicious period of ‘pitr paksha’ that begins September 10.

The last time an election for Congress president was held was in 2000 when Sonia Gandhi won against Jitendra Prasad. Of the 7,542 votes polled, Prasad had won only 94 votes. A Gandhi has been at the helm of the party for the past 24 years, with Sonia Gandhi being the longest serving president of the party.

When asked a question about the fact that the CWC is filled with members who are Gandhi loyalists and that many see this exercise as a farce, Ramesh simply quipped, “Let us see. Just wait and see.”

The schedule was announced in the shadow of the resignation of one of the senior-most Congress leaders, Ghulam Nabi Azad, and his criticism of Rahul Gandhi and his coterie that, he claimed, has destroyed the party. Responding to questions, the party’s central election authority chairman, Madhusudan Mistry, said, “Those who raised these questions have gone through the same process themselves”.

Azad was one of many who was party to the All India Congress Committee (AICC) resolutions authorising the party president to nominate CWC members. Half the members of the committee are supposed to be elected.

Anand Sharma, a member of the G-23 (the group which, in the past, wrote a letter of dissent to Sonia Gandhi), was also present at the meeting. Sources said he asked questions about whether due process was followed under the party’s constitution in the preparation of the electoral rolls. He is said to have pointed out that Pradesh Congress Committees (PCC) have not received a list of delegates who will be voting in the election.

In response, he was told that the rolls are given to the states only after the last date of nomination, as per the party’s Constitution.

Organisation in-charge K.C. Venugopal said the party’s September 4 rally, Mehangai par halla bol, and the over 3,500 km-long ‘Bharat Jodo Yatra’, beginning September 7 from Kanyakumari and culminating in Kashmir, would be a resounding success.

The yatra will reach the key state of Gujarat, where elections are scheduled to be held at the end of the year, after the poll process there would be over. Ramesh said Rahul Gandhi would be in Ahmedabad for the Gujarat polls September 5 for a booth-level meeting with party workers. “He will be going to Gujarat for a day or two,” Ramesh said.