Curfew to be Relaxed in Shillong, Internet to Remain Suspended

Army on stand-by in Meghalaya's capital. Magistrate appeals to people not to trust false reports propagated in social media like attacks on a gurudwara. 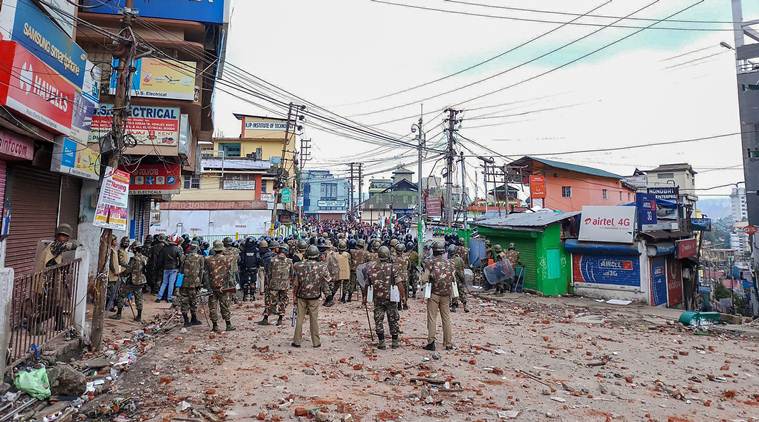 Shillong: Curfew will be lifted for seven hours on Sunday in curfew-bound areas in Meghalaya’s capital Shillong, but restrictions will remain in force, a senior government said on Saturday.

Dkhar, however, said that suspension of internet on mobile services would continue besides prohibiting the sale of petrol, diesel etc., in loose jerricans, bottles and any other containers to public by all petrol pumps within the district.

The magistrate also appealed to the people not to trust false reports propagated in social media like attacks on the gurudwara in the city.

“The situation is still tense but under control. The army is on standby and will be deployed if the situation warrants. The district administration and the state police are making all efforts to restore peace and normalcy,” he said.

Dkhar imposed indefinite curfew in areas under Lumdiengjri Police Station and Cantonment Beat House from 4 am on Friday in view of the breakdown of law and order in Motphran, Mawkhar and adjoining areas following Thursday’s clash.

The clash erupted after a skirmish between some women and a driver of Shillong Public Transport Service (SPTS) bus at Them Meteor, which led to the assault of three persons. The parties involved in the skirmish had arrived at a verbal compromise though.

A magisterial inquiry has been ordered to probe the incident as well as to identify the elements spreading rumours and inciting violence.

Making a fervent appeal to all citizens to maintain peace and extend help to bring normalcy back to the city, a government communique said: “It has been observed that false news and propaganda played a vital role in raising tempers and inciting violence.”

A case has been registered and an arrest made in connection with an incident in which three boys were assaulted.