The Criminal Laws (Rajasthan Amendment) Bill, 2017 had invited sharp criticism and protest from the opposition, rights groups and others. 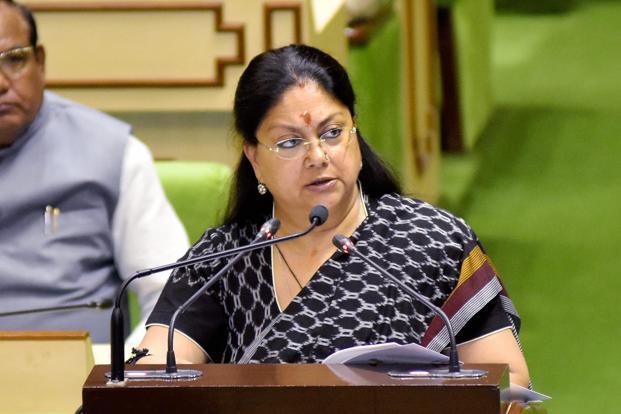 Jaipur: Rajasthan chief minister Vasundhara Raje on Monday (February 19) announced withdrawal of a controversial Bill that sought to protect serving and former judges, magistrates and public servants from being investigated for on-duty action without government sanction.

The Criminal Laws (Rajasthan Amendment) Bill, 2017, which was tabled in the assembly last year by state home minister Gulab Chand Kataria, had invited sharp criticism and protest from the opposition, rights groups and others.

It also barred the media from reporting on accusations of such wrongdoings till the government sanctions a probe.

The Bill was referred to the Select Committee in the assembly’s last session following an uproar by the Congress. BJP MLA Ghanshyam Tiwari had termed it “kala kanoon“.

The ordinance was promulgated by the Rajasthan government on September 6, 2017, and the Bill was introduced in the assembly on October 23, 2017.

On October 24, amid sharp criticism from all corners, the Bill was referred to the Select Committee for review. The ordinance, after the Bill’s introduction in the assembly, was valid for a six-week period and it lapsed in December 2017.