CPI-ML(L) to Offer Outside Support to Nitish Kumar, to Act as 'Bridge' between People and Govt

The general secretary of CPI-ML(L), Dipankar Bhattacharya, said that his party would strive for drawing up a common minimum programme that would incorporate the concerns of people on the ground.

Kolkata: Explaining its decision not to be part of the newly formed cabinet in Bihar, Communist Party of India (Marxist–Leninist) Liberation [CPI-ML(L)] general secretary Dipankar Bhattacharya on Wednesday, August 10, said his party had already extended its full support to the non-Bharatiya Janata Party government in the state and would act as a “bridge” between the Nitish Kumar government and the spirit of civil society movement which brought 12 candidates of the Leftist party into power.

“Mobilising masses and building people’s movements have always been our focus areas. Joining the cabinet is not a priority for us. We are very much part of the alliance of six-seven parties that takes over today under the leadership of Nitish Kumar, but at the moment we are not joining the cabinet. There is no ideological obstacle as such. In the future we might review this,” he said.

“The BJP wanted to turn Bihar into a laboratory for experimenting with communal politics like they have successfully done in Uttar Pradesh. There has to be comprehensive resistance to its aggressive politics, not only from political parties but from civil society as well. We want to play a leading role in that. We believe that the CPI-ML(L)’s best contribution to the cause of Bihar and to the cause of democracy will be to continue to steer civil society movements. Becoming a part of the cabinet will mean shifting our priority,” he added.

The implication of this, the veteran Left leader added, went beyond the present political scenario of Bihar.

“In order to defeat the 24X7 election machinery of the BJP all over the country, only numbers will not suffice. It is not just a matter of the n-number of parties coming together. It has been proven in the recent past that there is tremendous energy in the people’s movement in the country that can defeat the fascist-style governance of the BJP. We are a mass-movement party. We want to tap that energy and be the voice of the people in the government.”

“During the Presidential and Vice-Presidential elections, we saw how the façade of a common opposition platform broke down. But the farmers’ movement or the Shaheen Bagh movement or the students’ movement in Bengal that is continuing for over 500 days has not faltered from its objectives. We need that energy and resolve to defeat the BJP. The core of CPI-ML(L)’s politics lies in consolidating these forces. That is our priority in Bihar as well,” he further explained.

“We would hope the new Bihar government will be sensitive to demands of the civil society and the democratic mass movements,” he added.

A common minimum programme (CMP) and a coordination committee to ensure that CMP is properly implemented would be the two specific demands of CPI-ML(L), Bhattacharya said.

“I shall be in Patna from August 13. We shall have discussions among the state committee and with the other alliance partners. We want to be part of the coordination committee because we have worked extensively in the hinterlands and we know the needs of the common people,” he said.

Asked whether the party was not missing a golden opportunity to set up a model of pro-people governance by joining the cabinet, Bhattacharya said it was not easy to establish a governance model in Bihar. It takes a huge amount of social mobilisation. 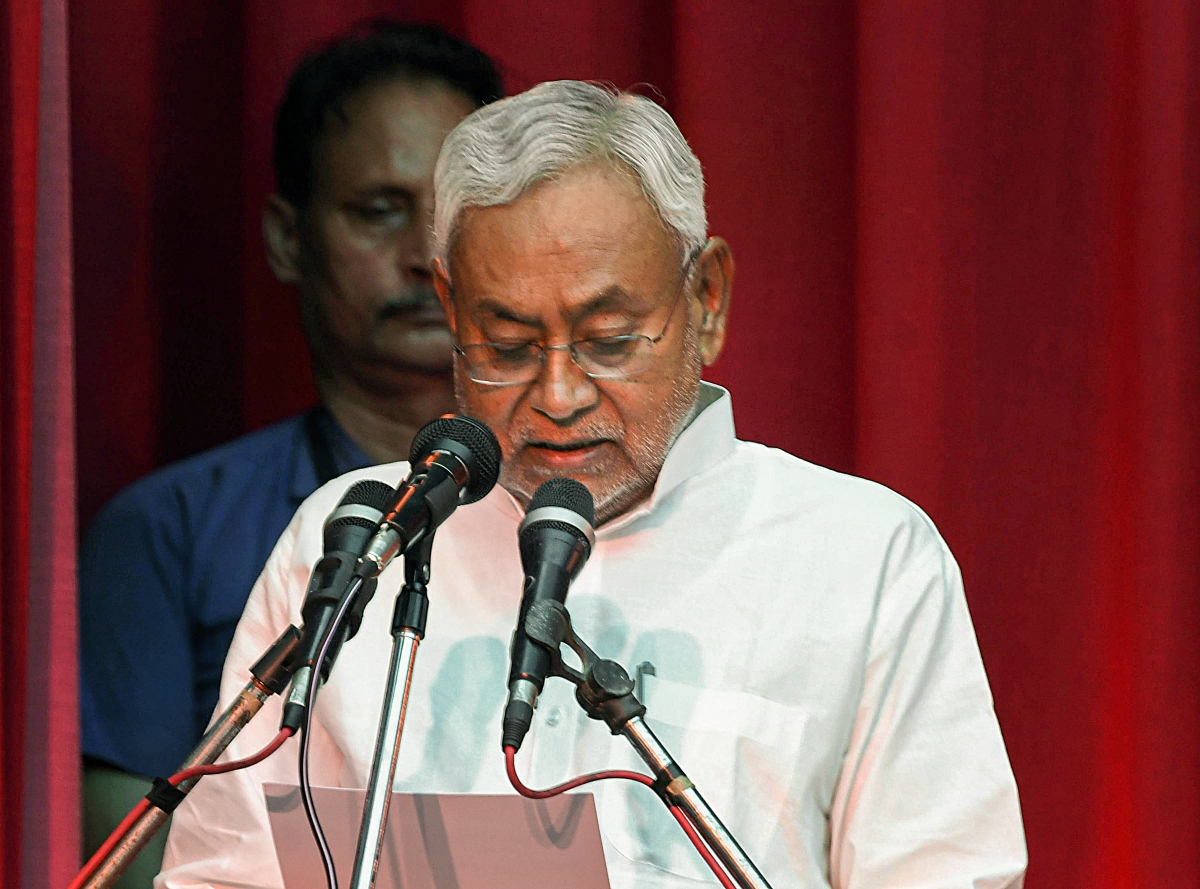 “When Nitish Kumar first came to power in 2005, he had done a commendable job of setting up a land reforms commission and education commission. We also helped in the commission’s work. But the recommendations of these panels were never implemented. The government admitted the social condition was not suitable. This time we want to make sure this doesn’t happen. Coordination within the alliance and fighting the divisive politics of the BJP on the streets will be our twin role in the new regime,” he told The Wire.

“We will actively be a part of the government’s policy-making. We will give our inputs in the fields in which we have worked for decades in Bihar,” he further said.

Bhattacharya was also asked about the liquor ban in the state. He said the result of the Bihar Prohibition and Excise Act, 2016 was disastrous in the sense that the ban on liquor existed only on paper. For the well-to-do, liquor was virtually home-delivered, and those who could not afford that fell victim to spurious country-made liquor.

“Not a single member of the liquor mafia has been arrested. But thousands of poor people have been jailed with false cases using the Act. If the liquor ban has to continue, the prohibition policy has to be reviewed and amended,” he said. “Similarly, the mandis from where farmers could sell their produce will have to be brought back into function.”

Asked about the significance of the BJP’s ouster from Bihar, the Leftist leader said, “The BJP poses an extremely potent threat to democracy. We have seen Amit Shah claiming that the BJP will rule for the next 40 years. Nothing can be more detrimental to the cause of democracy.

First, civil society activists were jailed. Then, opposition parties terrorised. Even parties which were BJP’s alliance partners have not been spared. Bihar has stopped the juggernaut of BJP’s politics of fascism and majoritarianism.”

“I hope the Bihar story will inspire the combined opposition camp nationally,” he added.