Gautam Das was returning to Agartala on Friday after attending a party programme in southern Tripura when he was attacked. 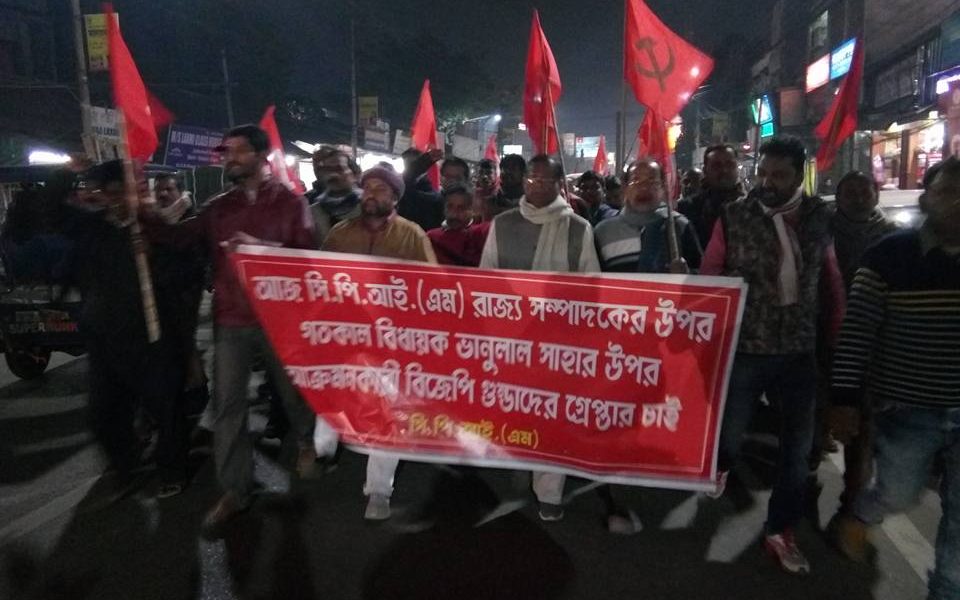 “We have been verbally informed that some miscreants misbehaved with the CPI(M) leader and scuffled with him. Though we have not received any formal complaint, we are looking into it,” Sepahijala district police chief Kulwant Singh told IANS over the phone.

He said anyone found guilty would be booked immediately.

CPI(M) West Tripura district secretary Pabitra Kar said some “BJP-backed goons” attacked Das at Bishalgarh on Friday afternoon when he along with party legislator and former minister Ratan Bhowmik was returning to Agartala after attending a party programme.

“Driver of the vehicle quickly drove away and rescued Das and Bhowmik from the attackers,” Kar told the media.

He said the same “BJP hoodlums” who assaulted former finance minister and incumbent public accounts committee chairman Bhanulal Saha in Bishalgarh in Western Tripura on the day of the civic polls on Thursday, attacked Das.

To protest the incident, the CPI(M) held a hurriedly called protest march in the capital city on Friday night.

The CPI(M) informed top police officers about the incident and requested them to arrest the culprits at the earliest.